Disney is putting the horns on a sequel to Maleficent 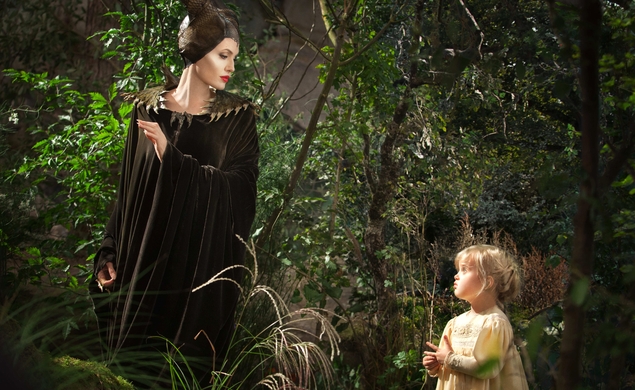 Happy endings aren’t enough anymore. Disney’s live-action Maleficent did big business at the box office last year, pulling in just under $760 million in worldwide returns and reinventing the Sleeping Beauty mythos along the way (and also pushing Disney still further into live-action reinvention mode). The Angelina Jolie-starring feature was a smash hit (despite some seriously dark subject matter), which means one thing: sequels, at any cost (even as they apply to logic).

The Wrap reports that Disney is now launching a sequel to the revisionist fairy tale, with screenwriter Linda Woolverton back on board to pen the film and producer Joe Roth also coming back for more fairy-winged drama. Jolie has not yet signed on for the feature, but “the expectation” is that she will return for another go-round. Director Robert Stromberg will most likely not be back.

There’s no word on where this Maleficent feature will go, but it will have to build off the very happy ending that closed out the original film (again, a reworking of the Sleeping Beauty fairy tale, and one that has been effectively covered from top to bottom), one that saw Sharlto Copley’s deranged and power-mad King Stefan fall to his death from a tall tower, while Maleficent got her snipped wings back (and also turned Sam Riley into a dragon and also became a rightful fairy queen and also what) and Princess Aurora became the queen of a very confused kingdom.

It was a classic fairy tale ending! It was so happy! Why mess with that? (Money.)

Still, Woolverton could likely get a little more political with her sequel, perhaps turning her attention to young Queen Aurora’s reign over the kingdom, or even Maleficent’s gig as the protector of the fairy lands. Surely, some new threat will emerge—evil fairies? pissed-off dukes trying to wrest control from a young queen? Sharlto Copley back from the dead?—and Maleficent and Aurora will have to battle it back to obtain yet another happy ending. Hopefully, no one else will fall prey to nefarious spinning wheels.