Xavier Dolan's Tom At The Farm receives U.S. distribution, and only two years behind schedule 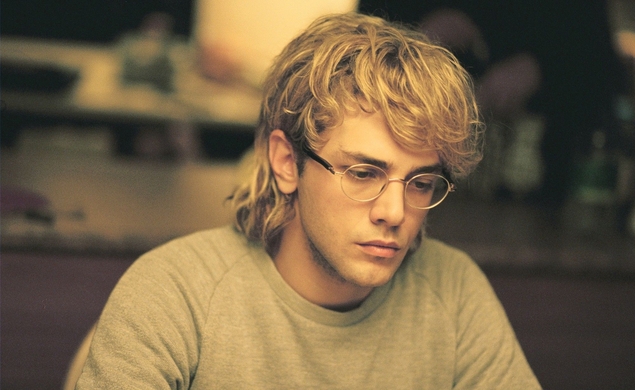 Xavier Dolan’s a polarizing quantity among cinephiles. The Quebecois wunderkind’s mixture of go-for-broke cinematic grandeur with volatile melodrama has gotten some critics talking about the arrival of a new major talent in world cinema, but that anointment has provoked a backlash to match from those not picking up what Dolan’s putting down. Take his most recent effort, Mommy, for instance: The domestic character study earned its writer/director the Prix de Jury at Cannes in 2014, though our own Scott Tobias wrote in his three-star review, “Mommy and [Dolan’s] last U.S. release, Laurence Anyways, run 139 and 168 minutes, respectively, and too much of that time is indulgence, an endless logjam of actorly moments and poetic flourishes. The moments in Mommy that aren’t overwhelmingly powerful tend to be overwhelmingly overwhelming.”

Between the overwhelmingly overwhelming Laurence Anyways and Mommy, Dolan directed a different film. Tom At The Farm premiered at the Venice Film Festival in 2013 to a warm reception, ultimately filling another spot in Dolan’s trophy cabinet with the festival’s Fipresci Prize. The awards ceremony wrapped up, everybody packed it in and went home, but wait—no distribution for Tom At The Farm. The drill generally goes: festival premiere  —> positive reviews —> a bid from an independent distributor to purchase the rights to the film —> a scattered Stateside theatrical run months later. Except someone forgot that third step. Tom At The Farm has rolled around European markets for about two years, though nary a frame has been seen in American theaters. That, Variety reports, will soon change.

Amplify Releasing has swooped in to ferry this film across the Atlantic for grateful Stateside audiences. On August 14, Tom will have a dual release On Demand and in select theaters without a rating. A dark, psychological thriller, Tom stars Dolan in the title role as a man who takes a trip to attend his ex-boyfriend’s funeral, but is surprised to find that none of the deceased’s relatives remember meeting him. Things become even stranger after Tom reintroduces himself, then later, more violent. The auteur behind the picture provided Variety with a fine quote as well: “It’s hard to say in a fully modest way, but I was truly puzzled as to how exactly Tom At The Farm never landed distribution in the U.S…. To me, it was by far my most accessible film. I mean, it’s a 90-minute psychological thriller, and it’s sort of gory, but then very conventional too. I’m obviously psyched that Amplify Releasing has taken Tom under their wing. But the topic remains truly relevant—can intolerance and psychological violence ever be dull? And I’m proud to know the American public will be able to see it. And hopefully, like it.”