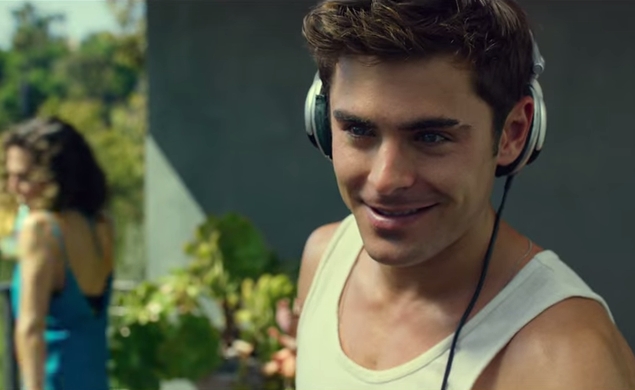 Pitchfork’s Jonny Coleman unpacks Hollywood’s “EDM problem”:
“Last month, Pete Tong, one of dance music’s most recognizable international figures, bemoaned that no one has made a ‘great' film about dance music culture, post-disco. We have plenty of popular fictional filmic depictions of rappers, dancers, rockers, singer-songwriters, white jazz drummers. So why not DJs? Tong suggests that Hollywood execs, writers, directors, and agents are largely ignorant of America’s rich history as being the place that invented house, techno, disco, soul, boogie, rap, basically everything that informs EDM. But maybe it goes deeper than just ignorance. American dance music, pre-EDM colonization, was very queer and not particularly white, so given what we know about Hollywood/America/everything, it’s not surprising that the studio execs are interested now that dance music culture has gone mainstream, and its superstars are all straight, middle class, white, male superstar DJs.”

Slate’s Eric Thurm looks at how Entourage went from critical darling to cultural punching bag:
“So, in the space between the season finale and the announcement of the Entourage movie, what changed? The easiest (but also most boring) answer is that nothing did—the first couple of seasons are generally entertaining, but as the show continued to hit the same beats over and over again, it became difficult to take anything that happened even remotely seriously. The very premise of Entourage collapsed as it became clear that Vince was a terrible actor, the kind of guy who really wants to do a serious Pablo Escobar biopic because Pablo Escobar is badass, but doesn’t come close to possessing the acting chops of a Daniel Day-Lewis, or even a Johnny Depp. (Adam Sternbergh has a masterful and specific look at Vinnie’s bad acting skills, and the way they brought down the show, over at Vulture.) Even an attempt to get serious at the end, when Vince deals with addiction, doesn’t change the status quo much. ‘You can’t sell vapid to get back honest emotion,’ Goodman wrote.”

The Film Stage unpacks The Shining’s rejected posters, featuring handwritten notes from Stanley Kubrick:
“Either left with no option by the studio, or simply a lack of expertise in the field, most directors aren’t heavily involved in the marketing of their films. Stanley Kubrick, as one might expect, didn’t fall into that category. Once he was able to (fairly quickly) cement his status as an unparalleled auteur, he had a hand in every aspect of his films, from development to exhibition (going as far as selecting a list of theaters he’d want his films to play in). This was certainly the  case with his 1980 psychological horror feature The Shining, and now we’ve got a peek behind the process thanks to the currently touring Stanley Kubrick exhibition. After working with Saul Bass on storyboards for Spartacus, Kubrick got in touch with the designer some 20 years later to design the poster for his Stephen King adaptation. While the final result is the iconic, yellow one-sheet, there were a number of iterations, and we can now see the rejected ones. Drawing from different aspects of the film, including the maze, the hotel, and the family unit, there’s some striking imagery, but we can see why Kubrick went with the one he did.”

Esquire’s Matt Patches on the 15 ways to survive disaster, according to San Andreas:
“4. Ignore all men and women over the age of 65 until you need something from them. When you pressure them into handing over their single-engine airplane, pretend ‘you didn't see them’ and offer bullshit directions to keep them off your track. They lived good lives.

11. In all emergency situations, proceed directly to CalTech, the country's safest university. Even as 9.2 earthquakes rip open city streets like bags of potato chips, CalTech's state of the art lab space will remain unscathed. Not even Mother Nature herself can shut down the electricity or WiFi at CalTech. Need to beam useless scientific information out to all the currently unoccupied homes in the disaster area? CalTech has the equipment you need to hack CNN. CalTech: Where America goes to hide.”