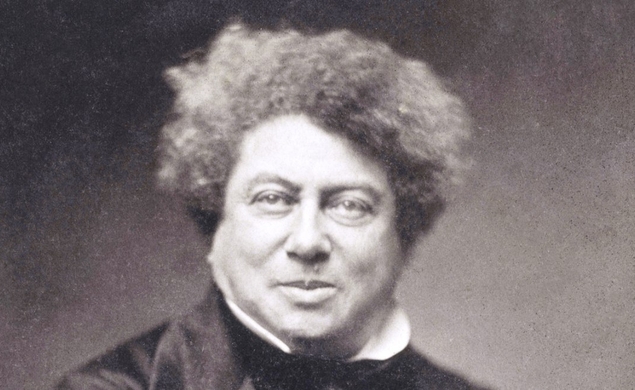 British director Peter Greenaway has always been on the artier side of the world of art-film, due in no small part to his background as a painter and muralist. His latest effort, the Sergei Eisenstein biopic Eisenstein in Guanajuato, premiered at this year’s Berlinale to rapturous reviews. Another singularly ecstatic work of sublimated and aggressively non-sublimated eroticism, Variety called the film “outrageously unconventional and deliriously profane” in its review from Berlin. Another fine entry in Greenaway’s filmography, Eisenstein joins the operatic, opulent The Cook, The Thief, His Wife, And Her Lover in a body of work marked by over-the-top sensuality.

It’s a proud tradition that Greenaway sounds poised to continue with the announcement of his newest project. THR noted late last night that Greenaway has homed in on the life of French novelist Alexandre Dumas as the subject of his next film, currently titled Volga. Just as Greenaway narrowed his focus to 10 trying days Eisenstein spent in Mexico during a pivotal period of his life, he’ll also restrict the scope of his Dumas picture to a single trip the writer made across the barren expanses of Russia in the mid-19th century. (Though Dumas spent a considerably greater amount of time in Russia than 10 days—he called Mother Russia home for two years.) Volga will be an adaptation, of a sort; Greenaway will work out a script from notes Dumas took during his travels that eventually found publication in Adventures In Czarist Russia and From Paris To Astrakhan.

“It's an ambitious project to create a 150-minute film showing the multinational, multi-confessional and multi-ethnic character of the Volga region… It's a project where the past and the future, authentic culture and art, fiction and propaganda - everything is intertwined, where different religions - Christianity, Buddhism and Islam - peacefully co-exist. We will look for documentary shots that reveal life in the cities and villages, the history of trade fairs, Russian hospitality, images of corruption and political intrigue, of fine arts, religion, hunting, family habits, interiors and much other. The film is about more than Dumas describes in his book.”

That’s certainly a lot of things! Sounds like Volga is the opposite of Seinfeld, a movie about everything. You’d have to be a total Dumas to miss out on this one.