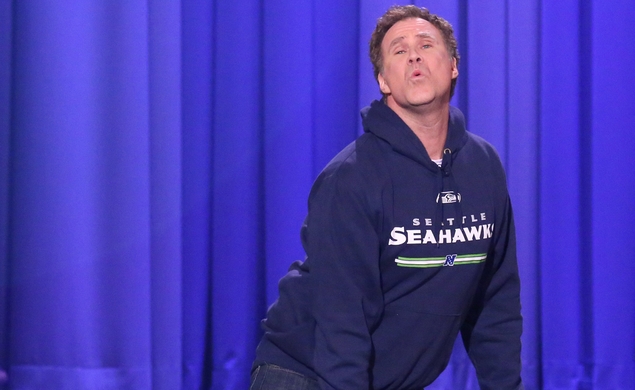 Swedish filmmaker Lasse Hallstrom presents an intriguing case, in that he both does and does not display auteurist tendencies in his work. Many of his recent projects owe their authorship to their writers, not director Hallstrom; Dear John and Safe Haven were Nicolas Sparks pictures as only Nicolas Sparks could imagine them, and The Hundred-Foot Journey as well as Salmon Fishing In The Yemen were geared to capitalize on the popularity of their source novels. Even so, there’s a clear throughline of unabashed sentimentality that connects all of Hallstrom’s work. Warm colors, soft focus, and weepy realizations of the power of love mark Hallstrom’s films as his own, even when his might not be the first name on the bill.

For Tom’s Dad, the next film to be directed by Hallstrom, Will Ferrell’s will be the highest-profile name. THR notes that Ferrell has signed on for the eponymous role in the comedy, as a washed-up lounge lizard named Arthur who must care for his estranged 12-year-old son after the boy’s mother takes off for a three-week getaway. Presumably, Arthur will learn a little bit about himself and the infinite wonders of this mad adventure called life, as is the wont of middle-aged men forced to care for precocious youngsters. Except for Kramer vs. Kramer, the lesson of which is “trifle not with Meryl Streep, for she has donned the impregnable armor of smelted Oscars.”

Even though the THR item clearly identifies the film as a “comedy,” this still sounds a little maudlin for Ferrell’s taste. Will this new film afford him any opportunities to shed his shirt and cry like an overgrown, slightly hirsute toddler, the purest essence of Ferrellian performance? Audiences saw in The LEGO Movie that Ferrell can hit the notes of fatherhood with emotional honesty (though a fair portion of that may be owed to the wonderful script from Phil Lord and Christopher Miller). Perhaps a standout performance will keep Tom’s Dad from devolving into molasses, all saccharine stickiness.