Uma Thurman and Kristin Chenoweth will heist, Britishly, in The Brits Are Coming 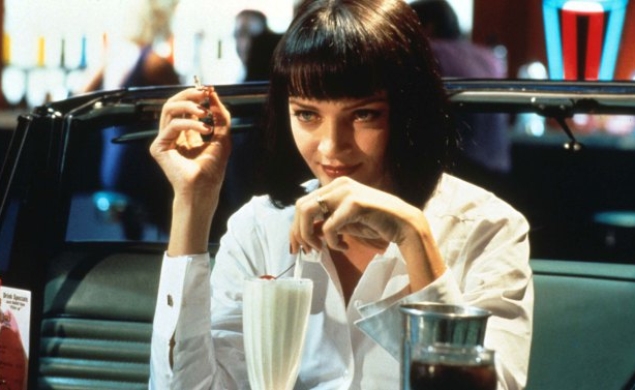 If we’ve learned anything from movies like The Ladykillers, The Lavender Hill Mob, A Fish Called Wanda, Snatch, and approximately 1,427 other movies with similar premises, it’s that all English people love heists and have varying levels of competency when it comes to carrying them out. Heists are their bread and butter, their black peas and, um, mash. I haven’t been to the U.K., but I’m certain I’m correct in assuming that it’s a rainy place full of men in dark suits all looking to steal the same rare jewel from the same well-guarded bank safe.

Today brings news that Uma Thurman is set to join the esteemed ranks of “American actors allowed to take part in dramatizing the grand British tradition of heists.” (Other members of this very exclusive club include Jamie Lee Curtis, Brad Pitt, Demi Moore, and Brad Pitt). Thurman will star in The Brits Are Coming, which flips the script a little, taking the Brits out of their native, heist-happy land and transporting them to L.A., where people also enjoy heisting, just not as much as they enjoy turning kale into liquid.

THR describes the film as a “broad comedy about an eccentric, no-good British couple who flee to Los Angeles and plot a jewel theft.” Thurman will play Harriet, who, along with her husband Peter (a yet-to-be-cast British person), “travels to L.A. to avoid paying a large debt to a notorious gangster after a failed poker game. With the gangster hot on their trail, the pair schemes to win back the money by executing a jewel theft operation involving Peter’s ex-wife and her new husband, Gabriel.” This is why I don’t gamble.

Kristin Chenoweth will also star as Gabriel’s pill-popping assistant, Gina, and Cassian Elwes, J.C. Chandor, Robert Ogden Barnum, and Will Clevinger are on board to produce. James Oakley, who THR describes as a “protege of Chandor’s,” will direct. Oakley’s other credits include The Devil You Know, an apparently terrible movie that managed to star Rosamund Pike, Lena Olin, and Jennifer Lawrence and still be terrible.

Word of warning: Feel free to watch the clip I just linked to, but beware that it may cause you to hurtle headfirst into an internet blackhole that ends somewhere around “Jennifer Lawrence: Funny Moments (Part 32).”