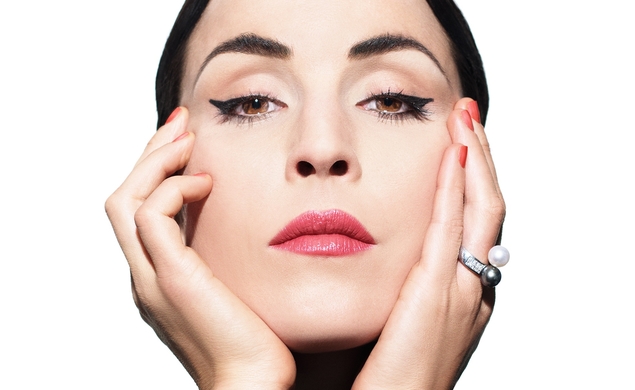 This is a project worth singing about. Per a press release straight out of Cannes (it arrived with a little baguette attached, which was a nice touch), Noomi Rapace is set to play the dazzling and iconic opera singer Maria Callas in a brand-new biographical feature, simply titled Callas. The film will be directed by Niki Caro, fresh off her turn helming MacFarland, USA, from a script she adapted from Alfonso Signorini’s biography Too Proud, Too Fragile.

Although the casting of Rapace puts some big-time heat on the film, Caro has been working on the project for nearly four years, as she was first attached to the production way back in 2011 (per The Hollywood Reporter).

The film will specifically center on “the passionate relationship Maria Callas had with Aristotle Onassis over almost two decades,” and the feature is already been billed as a romance. Beyond her romantic intrigues—though they’re pretty good on their own, few men inspired such devotion as Onassis, and the pair loved each other for a very long time—the film will cover parts of Callas’ stunning career as one of the 20th century’s most defining opera singers. Callas was one of the craft’s true divas, and her unique style (and incredible range) not only set her apart from her peers, but often drew actual derision from critics and fans alike. She was truly one of a kind.

Born in New York City but raised in Greece, her life was colorful and complex, the stuff of, well, operas. Even without the romantic stuff, Callas and her talent, style, and often over-the-top behavior could round out plenty of feature-length films.

Callas-as-character recently popped up in Grace Of Monaco (played by Paz Vega). The singer has been the subject of other biopics, including the 2002 Callas Forever, which was concerned with her final days, and the 2005 television movie Callas e Onassis, which also hinged on her relationship with Onassis.

Content Media will be handling distribution sales for the feature this month at the Cannes film market.