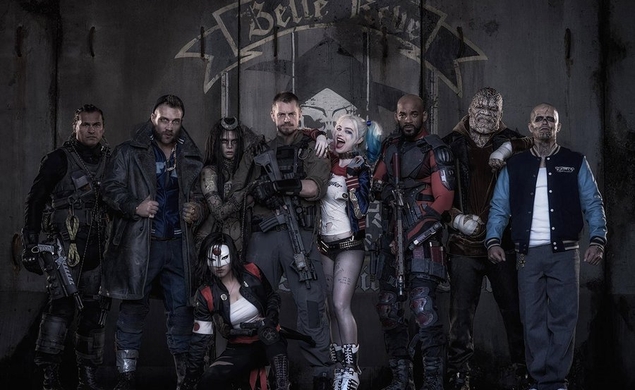 Last Monday, we at The Dissolve took a deep breath and gave our cool-headed thoughts on an early promotional photo of Jared Leto’s new look as the Joker in the upcoming Suicide Squad film. Last night, David Ayer unveiled a new promotional photo via Twitter depicting the rest of the cast, so families previously sitting around a crackling fire on a leisurely Sunday evening could instead flock to their laptops and pass judgment on a film that doesn’t debut until next year. At long last, an end to the tyranny of family time.

We’ve embedded the photo below, and we shall once again engage in a rational, calm assessment of the image in the hopes that we can separate the constructive observations from the snippy remarks. (Except for this one: The image contains a grand total of four colors, including dark red, dark blue, dark white [somehow] and dark black [also somehow].)

As Harley Quinn, Margot Robbie is the only one in the image who actually looks like she’s enjoying being in an action movie, instead of watching Irreversible. Which makes sense, seeing as Harley is kookoo-bananas and in blithe disregard of DC’s hard-and-fast no-jokes edict. As Deadshot, Will Smith is making the face I make when I read tweets from his son. On Smith’s right is Adewale Akinnuoye-Agbaje as Killer Croc, also known as The Living Pile Of Cigarette Ashes. The photo features the rest of everyone’s favorite team of mercenary supervillains, too: There’s Cara Delevingne as Woman Just Fished Out Of Tar Pit (Enchantress), Jai Courtney as Not-Tom-Hardy Man (Captain Boomerang), Karen Fukuhara as Physical Manifestation Of Japanese Flag (Katana), and Jay Hernandez as Guy Who Didn’t Get Callback For American Horror Story (El Diablo). Okay, you know, this did get pretty snippy.

Sorry, everyone, sometimes our snark-instincts get the better of us. Quips aside, this movie looks dark. Like, someone-turn-on-a-light dark, in addition to brooding-dark. We’ve also embedded a photo of Will Smith in his full Deadshot armor, locked and loaded and ready to fire. It’ll be a while until we get a trailer or anything that can give us an idea as to the actual content of the film, but for now, we can subsist on mean Twitter jokes. For now. 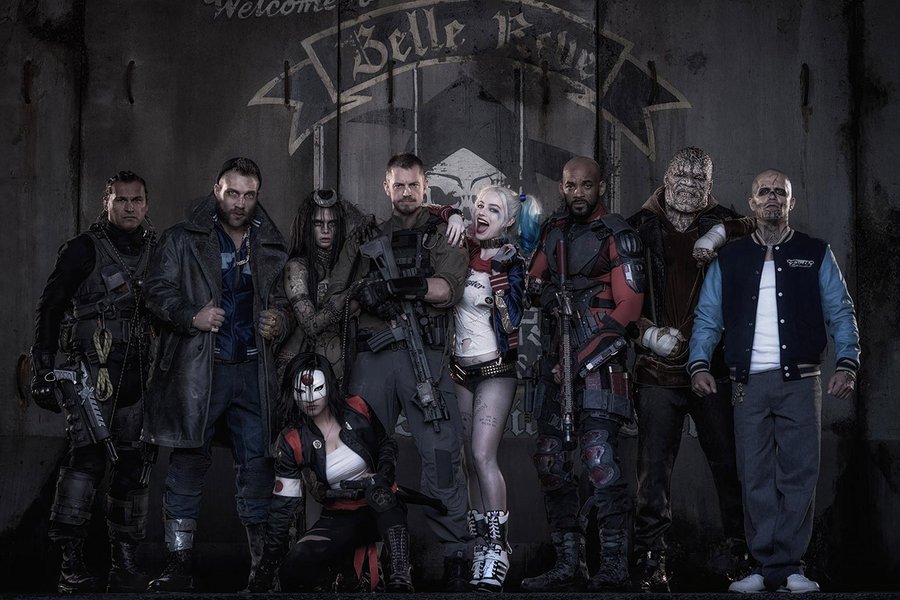 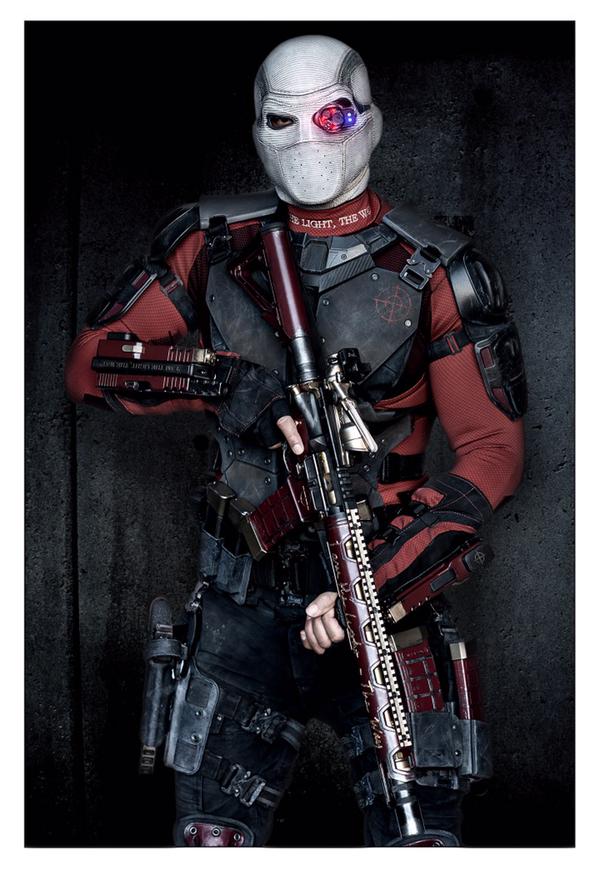