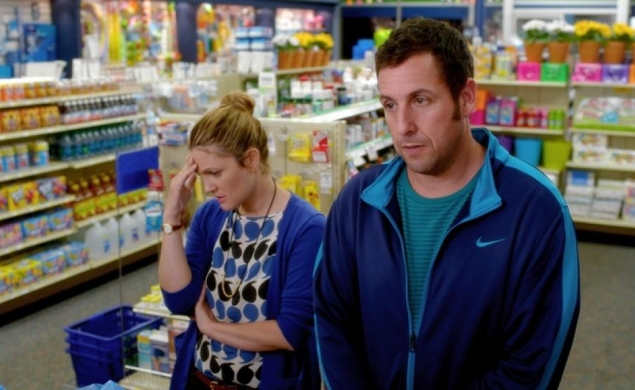 Last week, we told you that Adam Sandler, whom our own Rachel Handler aptly described as a “classy paragon of moral rectitude who handles issues regarding gender and race with the utmost respect,” had managed to insult and misrepresent the Native Americans working on his film, The Ridiculous Six, causing them to walk off set in protest of the film’s deplorable content. The cast members, “who were primarily from the Navajo nation, left the set after the satirical western’s script repeatedly insulted native women and elders and grossly misrepresented Apache culture… The examples of disrespect included Native women’s names such as Beaver’s Breath and No Bra, an actress portraying an Apache woman squatting and urinating while smoking a peace pipe, and feathers inappropriately positioned on a teepee.”

The film is allegedly a satire, though Sandler has never really displayed an aptitude for discerning the difference between “satire” and “insult.”

Now Bruce Klinekole, Apache, who had been hired as the film’s Native American cultural consultant, has explained to Indian Country Today why the Native Americans walked off set. Sandler apparently managed to take every single aspect of Apache life, from their spiritual beliefs to their traditional attire, and do it repeatedly, unrepentantly wrong. And when they told him he was doing it wrong, he kept doing it wrong. I can picture it:

Klinekole, who had worked on six films before The Ridiculous Six, explains that safety was also a concern, as extras were required to shoot arrows at Danny Trejo and other actors, sort of like Toshiro Mifune in Throne Of Blood, but dumber:

“I examined them and discovered one of the extras had a 60 pound hunting bow, and his arrow was a steel razor blade tip. He was pointing it at Danny and his vaqueros—if he would have slipped, he could have hurt someone or shot them dead with that arrow. Nobody was there to examine that stuff. The guy also told me he was shaking because he had to hold it ‘for about five minutes’—how can you hold a bow for five minutes? It was a 60 pound bow!

I have been in six movies—normally with every set those arrows and everything else is rubber, even the bows. The arrows and arrowheads are fake. The knives and guns are fake—that is the way it is supposed to be. That same day the director [Frank Corachi] called me over, he said ‘Hey Bruce, before Danny and his Vaqueros come over we want you to scream something in Apache to warn the villagers.’ I said ‘Are you going to pay me for this?’ He said, ‘No, no—just yell something, can you yell?’ ”

Seriously, of all the people in the world to shoot arrows at, Sandler picks Danny Trejo? Has he seen Machete?

Klinekole won’t be doing any further interviews about Sandler’s film, but you can probably bet that Sandler will say something stupid about it real soon.