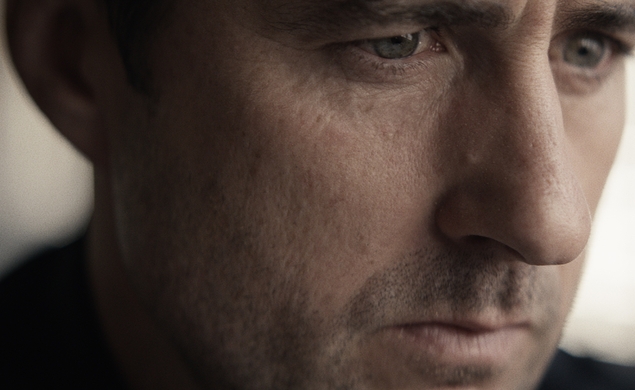 Indie-film fans are probably more familiar with Reed Morano than they realize: She’s the cinematographer behind the camera on the heartbreaking Melissa Leo drama Frozen River, the Ginsberg/Kerouac meet-cute film Kill Your Darlings, and the Kristen Wiig/Bill Hader angst-off The Skeleton Twins, among many other projects. This year, she took her first step into directing with Meadowland, an intense, moody drama in the realm of Gone Baby Gone and Rabbit Hole. Olivia Wilde and Luke Wilson star as parents whose young son mysteriously disappears at a gas station, in a moment that seems taken from The Vanishing. As the months stretch on, Phil (Wilson) attends a grief support group and works with his fellow cops on the case, but Sarah (Wilde) disintegrates, becoming obsessed with neglected kids at the school where she teaches, and making increasingly dangerous choices. Giovanni Ribisi, John Leguizamo, Juno Temple, Elisabeth Moss, and many other familiar faces pop up in this painful, vivid drama, which Morano shot herself, pulling double duty as director and cinematographer. (And triple duty as mom to one of the stars: She cast her own son as the boy who goes missing.) Meadowland is currently seeking a U.S. distributor. It made its world première at the Tribeca Film Festival on Friday, April 17.

The Dissolve: How did this script come to you?

Reed Morano: Matt Tauber, a producer I’d worked with on a film in Austria [Autumn Blood], told me I would make a good director. He said, “I’m going to send you some scripts. I’m going to find something for us to do together.” I didn’t really believe he would, just because of how this industry is. But he did, and this was the last one he sent. The other ones, there was nothing I really connected with emotionally. But Meadowland—Chris Rossi, the writer, has a really brilliant way of coming up with interesting, symbolic moments. What really got me was the cookie scene. It’s something a mom can relate to.

The script was a bit different when I first got it. It was more procedural. It focused more on the investigation. It went into the detective’s home life. The bones of what the movie is were there, but a lot of other stuff happened. I was inspired by what Chris had written. I thought, “Why not flesh out the brother a little more, and really home in on these two characters and the brother?” When you’re going through a loss or tragedy, it’s almost like you have tunnel vision. And everything around you is fuzzy, and it feels like the Twilight Zone. I thought, “We all know there’s an investigation going on. We don’t need to see another movie about an investigation. Plenty of movies have done that well already. So what do I want to see? I want to see a movie that’s more internal, and about the mental state of grief.”

When I was 18, my dad passed away. I was the oldest sibling and looking out for everyone, and I noticed how everyone was dealing with the loss differently. I was old enough at 18 to be aware of what was happening around me, even though I was dealing with the loss myself. One of the hardest things about losing my dad was watching how it changed everyone around me— my mom, my little sister, my grandmother. That was what connected me to Meadowland, that’s what I wanted to explore. I really haven’t seen a movie about how grief changes you. And to make it even more interesting in the case of Meadowland, it’s not a full-on loss. They’re in a purgatory where they don’t know if their son is dead or alive. They can’t move on or have closure.

Another thing I noticed was, there were moments right after my dad died where I did stuff that was just totally out of character. I thought, “I want to watch these characters do things that are not acceptable socially, and it’s going to be okay because of what they’re going through.” That’s what made me want to do the script. Chris is such an open, amazing collaborator, so we worked on the script for a year and a half as a team. Matt was involved too. We trimmed some fat away, added in some new things, and this is what we came out with. I think it’s dark, but there is a survival element, and hopefully a light at the end of the tunnel.

The Dissolve: You said at the beginning of the screening that you made this movie because you just wanted people to feel something. Was it that hope? Or was exploring the grief more important?

Morano: I wanted people to feel everything. I wanted them to feel the pain. I wanted them to feel the shock. I wanted them to feel the sadness, and I wanted them to even feel moments of humor and humanity. And then I wanted them to feel hope. One of the things about dramas is that they tend to be all one note. Unless it’s a full-on dramedy, a movie about this type of thing is never going to have anything in it that’s funny. But there are a couple of funny moments here. And I think that comes from me realizing that even when things are really, really shitty, and life is terrible, people don’t walk around totally morose. There are moments of laughter, and moments where you can appreciate that what’s happening around you is a little funny or weird. But at the same time, the heart of the story is really how they’re losing their grasp on themselves. Even though the world is totally normal around them, they’re not normal anymore. And will they be normal at some point?

The Dissolve: You said during the Q&A that you asked a bunch of people whether you should direct and DP simultaneously, and they all said no. Why was it important to you to take on both roles anyway?

Morano: Because I love DPing. It’s my first love. I love holding the camera, and that’s just how I relate to actors. I like being close to them. I don’t want to be over there at some monitor. I want to be at the scene. And the camera is really a character in the scene, with the actors reacting off what it does. It’s not just inactive. If I’m holding the camera, I can make the choice of being behind Olivia, and then coming out in front of her. If someone else is doing it, they’re never going to know what’s the right moment for me. Most directors rely on someone else to interpret, and hope it gets done the way they want. And probably they’re not always getting what they want, but they do another take. For me, I know I can do it, so why don’t I? Besides, we were on a tight budget with a tight schedule. For me to take on two jobs and save the budget, that was good too. But really, it was creatively, in my heart, I knew how I saw it, and I wanted to cut out the middleman.

The Dissolve: Do you think of yourself as having visual signatures? Will people who’ve seen Frozen River and Skeleton Twins and this catch particular things you specifically like doing with the camera?

Morano: Probably the use of handheld would be the most obvious thing. Maybe the naturalistic lighting. And then I like extreme wides and very tight close-ups. That would probably be it. That’s what I gravitate toward. In this, the lighting is naturalistic, but it’s a little more elegant. It’s not just available light. We lit it. But yeah, I definitely did exactly what I like in this, because it was my movie. I think it was right for this story, just to get really intimate with the characters.

The Dissolve: Was it completely independently funded? What was the casting process like?

Morano: Olivia [Wilde] came on before we got the financing, and then we found a financier through Olivia, because her partner, Jason Sudeikis, was doing a movie with the company that ended up coming on board, Bron Studios. I guess he mentioned something about Olivia’s project, and it perked their ears up. For some reason, they were crazy enough to come onboard to this female-lead drama by a first-time female director. They were like totally gung-ho, and I’m so grateful to them for that. I had people in mind who I wanted, so I bent the casting process toward that. Some of the people in the cast came on because they had worked with me before and I asked them. Elisabeth Moss, for example, is a friend. We hadn’t had the chance to work together before, but when I asked her to play that role, she was just like, “I’m doing it.” Juno [Temple] and I worked together on Little Birds, so we’d known each other for years and years. Luke [Wilson] and I worked together on Skeleton Twins, and he was like, “Yeah, dude, let’s do this thing.”

Once we had some of those people on, it was easier to get really great people like Giovanni [Ribisi] with no effort whatsoever. I realized Scott Mescudi [Kid Cudi] was acting now, plus I always wanted to use his song in the movie. I thought, “He would be perfect in this role, why not get him?” He and Juno had great chemistry onscreen. I wanted to continue their storyline, but it wasn’t relevant. So we got really lucky with casting. It did take a while, I’m not going to lie. It’s hard to finance a female-driven independent film, even with Olivia Wilde, who’s a huge star, as producer and one of the leads. That was probably one of the most eye-opening parts of the process.

The Dissolve: Once you had your cast in place, did the script continue evolving?

Morano: The script was evolving even throughout the shoot. I made revisions all the way through prep, and then changes during shooting. I rewrote the ending halfway through because of a shot we got that was particularly magical and amazing. It happened and I thought, “You can’t go anywhere else from here.” That’s how late it was evolving.

The Dissolve: The score is particularly striking. How did you work with the composer?

Morano: Adam Taylor is a genius, a straight-up genius. I loved his stuff on August: Osage County, so I was so excited to hear he might be available. We gave him the script and he submitted several songs, “sketches,” as he called them, based on the script. They were so right on the money. Some of the songs in the movie are evolved sketches of what he did. We collaborated on a couple of the songs in terms of me giving him vague guidelines, but it’s really all him. Adam’s an amazing musician and composer, and has an amazing voice. And all the voices in the songs are all him. I was got lucky to get him.