Hailee Steinfeld set to star in supernatural YA thriller, complete with ghost things 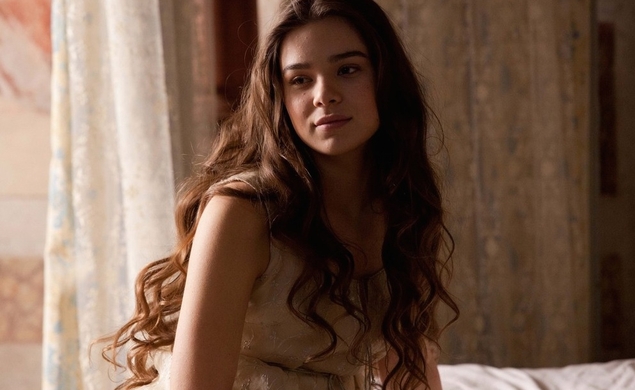 Popular YA franchises have tackled magicians, witches, wizards, vampires, werewolves, zombies, oh my, and so much more, but now the genre appears to be moving in the direction of straight-up dead people. The Wrap reports that Hailee Steinfeld has signed on to star in Scott Speer’s (Step Up: Revolution) Break My Heart 1,000 Times, a “supernatural romantic thriller” based on a novel by Daniel Waters and adapted by Jason Fuchs (Pan).

Amusingly billed as a cross between The Fault In Our Stars and The Sixth Sense, Waters’ novel and the subsequent film are “set after a cataclysmic event that has torn apart the barrier between our world and the next, leaving ‘Remnants,’ ghost-like essences of the deceased as part of everyday life. After years of quiet coexistence with the living, a Remnant sends a threatening message to a young girl, propelling her on a mission with consequences that will forever change the course of her life.”

The 2013 novel sounds vaguely The Leftovers-esque, as it picks up in post-“Event” world where people live alongside ghosts—like teen Veronica, the role Steinfeld will most likely take on, who is literally haunted by her dead-and-lovin’-it father—and everyone is forced to acclimate to a very new (and very weird) normal. The book’s Amazon page tells us a bit more about the plot, one that apparently involves something of a murder mystery and a possible plan to knock off a teen girl (Veronica?)

The film is “considered a springboard for a possible franchise,” though Waters has yet to pen a follow-up to his novel.

Steinfeld seems to be on something of a franchise kick as of late: She’ll next appear in Pitch Perfect 2, and she recently starred in Ender’s Game which, despite a mediocre box-office showing, could still spawn a sequel. The actress is also getting into the action biz with some gusto, including an upcoming turn in Barely Lethal, this year’s teen-assassin feature, and the Vince Vaughn-starring Term Life. She recently signed on for the cute-sounding Carrie Pilby, based on Caren Lissner’s novel of the same name about a child prodigy struggling to acclimate to the real world after graduating Harvard at age 19.

Just give us Pitch Perfect 3 and no one gets hurt, okay?