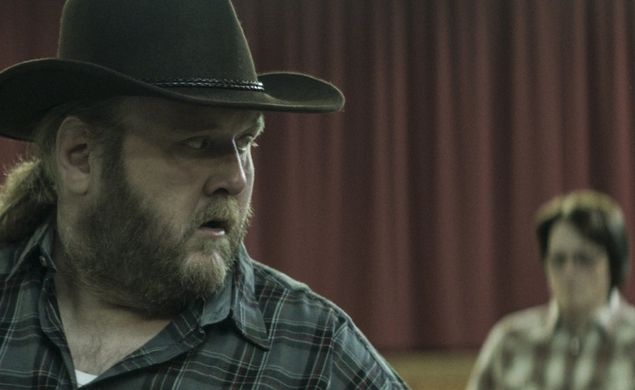 Film festival attendees frequently run into a common problem: Too many films to see! More precisely, too many films, not enough time to see them, abject hunger, exhaustion, the desire to eat movie-theater hot dogs, and the consistent feeling that you’re missing out on something great, just one screen over. There’s no time when that feeling is more pronounced than about five minutes after a film festival awards ceremony wraps up, often kitted out with names of films you’ve just missed seeing. It happens to the best of us! (Read: This happens to me all the time.)

But if you’ve been kicking around the Tribeca Film Festival for the past few days and you’ve somehow missed award winners like Virgin Mountain, Bridgend, and Sworn Virgin, the festival has you covered, with three more days of screenings to meet all your viewing needs (including a big emphasis on the award winners). The jury awards were handed out last night, and narrative features Bridgend and Virgin Mountain kind of made out like bandits, with each film grabbing three narrative awards (with six awards total, that’s a pretty firm pronouncement of their quality). Other titles like Uncertain, Democrats, Sworn Virgin, and Men Go To Battle also scooped up some awardage, ensuring that you’ve got more than enough new features to look out for (and, again, if you’re in New York, to actually look at this weekend). Take a peek:

Audience Awards will be announced on Saturday. The Tribeca Film Festival runs until Sunday.