Get retro with the full trailer for Sundance favorite Dope 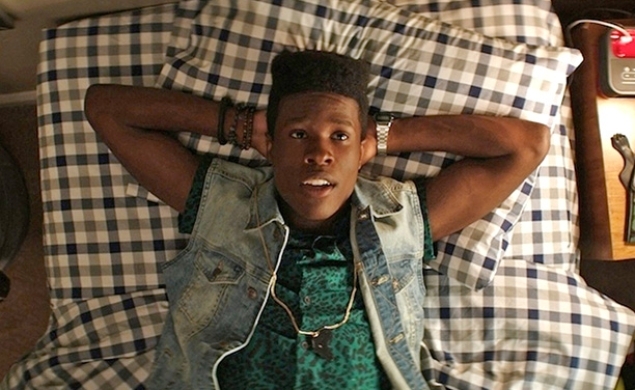 We here at The Dissolve have been keeping an eye on Dope for a while now. At Sundance, both Mike D’Angelo and Noel Murray saw the film; Mike was a super-fan, calling it “energetic and goofy and flat-out fun,” and comparing it favorably to one of the landmark teen sex comedies of the 1980s, Risky Business. Noel was similarly enthused, writing, “I can back Mike on Dope, which is overstuffed with plot and ideas, but which for long, sustained stretches is fizzy and fun, without losing its awareness of how an underclass coming-of-age story in 2015 differs from a middle-class or upper-class coming-of-age story in other eras.”

We ran a teaser trailer not too long ago awash in psychedelic nostalgia, but today brings a more extensive trailer that introduces its hero as a very 2015 variety of young achiever: He’s a 1990s hip-hop geek who plays in a punk band and sees college as his way out of the mean streets of Inglewood. The trailer takes a turn in its second half as the geeks come across a large amount of drugs and find themselves immersed in the criminal underworld. Dope looks like a lot of fun, a whole new kind of urban comedy. And, as a product of the the late-1980s/early-1990s hip-hop era that the protagonist has adapted as his visual aesthetic, it warms my heart to see a nice young man with a high-top fade. Take a look:

This isn’t filmmaker Rick Famuyiwa’s first exploration of hip-hop nostalgia. He directed the charming sleeper Brown Sugar, as well as the throwback ensemble comedy drama The Wood. So he has clearly spent a lot of time contemplating his past—Dope takes place in the present, but its mind seems stuck somewhere around 1993.