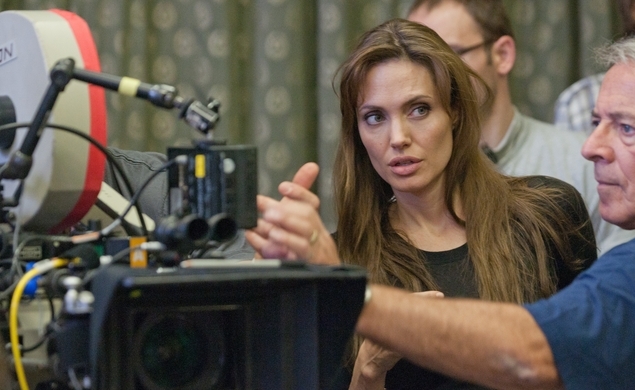 Even when Unbroken was but a hazy golden vision on the horizon, Angelina Jolie was already planning her follow-up to what was considered a serious Oscar contender at the time. That didn’t exactly pan out for her, but she didn’t let that deter her voyage to Africa. Our former News Captain Matt Singer remarked on Jolie’s gestating project Africa last September, a biopic chronicling African-born paleoanthropologist and activist Richard Leakey. After discovering the well-preserved remains of primitive humanity, Leakey raged tirelessly against the illegal ivory trade that threatened elephant and rhinoceros populations in his beloved continent. All signs pointed to another Inspirational™ Awards-Worthy Motion Picture from Jolie, with spouse Brad Pitt in the starring role and master cinematographer Roger Deakins shooting the picture only sweetening the deal. But recent developments have dealt a snag to the production.

Deadline reports today that creative differences and budgetary squabbles have halted movement on Africa. Deadline cites shadowy “sources” (I like to imagine furtive parking-garage meetings with a gravelly voiced informant who dishes about what Angelina Jolie is up to) who claim that Jolie and David Ellison’s Skydance Studios are at odds over the direction the film ought to take. Eric Roth’s script included a love story subplot that Jolie intended as a minor counterpoint to the man’s anthropological and anti-poaching work, but Skydance wanted the romance front and center. As a mother of six, Jolie knows full well to stand her ground and refuse to give into ridiculous demands when subjected to a tantrum, and turned that note down. In response, Skydance partially withdrew their funding, decreasing their contribution from 50 percent of the film’s budget to 25 percent. Jolie and Skydance now have their fingers crossed for a savior to step in and pony up the remainder of the needed capital. The author of the Deadline article notes that without an infusion of cash and soon, the production will likely fall apart.

Something tells me that the setback won’t be curtains for this Jolie woman’s career. Don’t know whether it’s the ubiquitous fame, enduring talent, or sharp good looks, but she seems to have staying power.