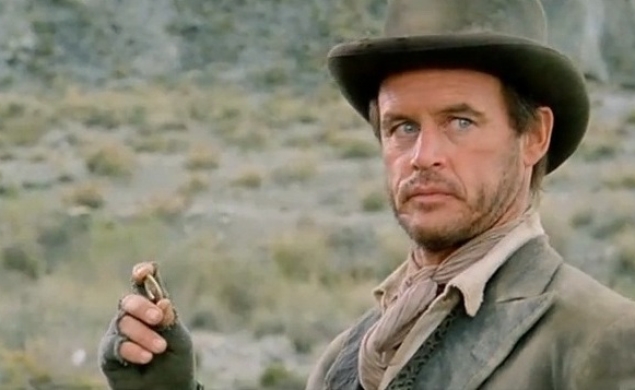 One of the most instantly recognizable character actors of the modern era, Geoffrey Lewis, who died yesterday at the age of 79, became a fixture of movies and television shows in the 1970s thanks to superb supporting turns in some of that decade’s most memorable films. Though his output was diverse, Lewis had a special affinity for characters from the past, excelling at Western roles and period pieces. He had one of those faces that looked like it could have come as easily from a daguerreotype as an 8x10 glossy, and his best collaborators understood how to take advantage of that look and Lewis’ ability to slip into the skins of some often desperate characters.

With his receding hairline and distinctive eyes—which could shift from suspicion to panic in a fraction of a second—Lewis was tough to miss, and he made a deep impression in early-’70s Westerns such as Bad Company, The Culpepper Cattle Co., and High Plains Drifter. It was the lattermost that began a long association with star Clint Eastwood, who folded Lewis into his stock company. Lewis would go on to appear in many films directed by and/or starring Eastwood, including Thunderbolt And Lightfoot, Every Which Way But Loose, Bronco Billy, and Midnight In The Garden Of Good And Evil. But you didn’t have to go to Eastwood films to see Lewis in the 1970s and beyond. He appeared in three films by John Milius (Dillinger, The Wind And The Lion, and the TV movie Rough Riders), Michael Ritchie’s first-rate satire Smile, The Great Waldo Pepper, and Heaven’s Gate, in addition to making many appearances on television. Lewis worked less frequently in recent years, but still made memorable appearances in cult films such as The Way Of The Gun and The Devil’s Rejects (as well as Thomas Kinkade’s Christmas Cottage). His survivors include his wife Paula Hochhalter, and 10 children, including daughter Juliette Lewis.