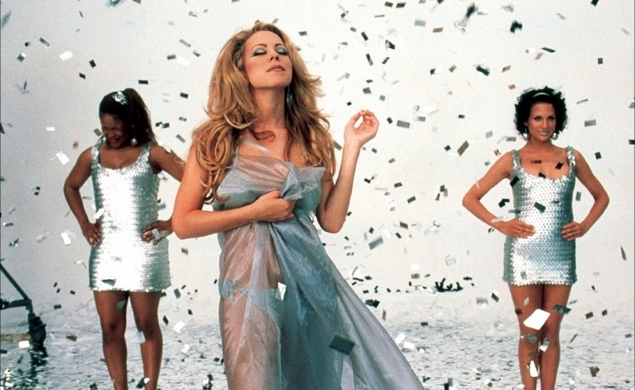 As Deadline tells it, Mariah brought “an idea to RatPac principal and her pal Brett Ratner” for a “movie about Christmas.” (“Hi Brett. It’s your pal, Mariah. I have an idea for a movie. It’s about Christmas.”—Mariah Carey.) They are keeping the plot of the film “under wraps” (…), but “Christmas is at the film’s center, along with a theme of how the power of music can transport you back in time to your truest and most authentic feelings.” So true. “The plan” for the soundtrack is to include songs “from all different artists in addition to songs by Carey.” Let’s be real; there is no way Mariah is letting “other artists” anywhere near this shit.

Sequel News Of the Day: Olivia Wilde and Garrett Hedlund will be back for Tron 3
Olivia Wilde and Garrett Hedlund will return for Disney’s Tron 3. Both will reprise their characters from 2010’s Tron: Legacy, which was the sequel to the original 1982 sci-fi film starring Jeff Bridges and Bruce Boxleitner, which was a sequel to Trondheim, a silent film about Jeff Bridges’ birth in Sør-Trøndelag county, Norway. In Tron: Legacy, Wilde was Quorra, an “algorithm made flesh who also happened to kick butt” (how serendipitous) while Hedlund was Bridges’ son, who jumped into a computer universe called The Grid to find his dad. Is there a more fun movie title to say out loud than “Tron”? Here’s a fun exercise: Try replying “tron” to every question that’s asked of you and see what happens.

Rooney Of The Day: Mara, who has joined the cast of Lion
Rooney Mara, best known for intimidating me in theory alone, has joined Nicole Kidman and Dev Patel in Lion, which is about “young man’s search for his biological family.” Garth Davis of the unmatched Top Of The Lake is directing the film, based on the true life of Saroo Brierly, who “becomes lost in Kolkata and is eventually adopted by a loving Australian couple” before he yearns to “reconnect with his lost mother and sister and is reawakened when he meets some fellow Indians by chance and sets off on a quest to find them.” Spoiler alert: His mother is Mariah Carey, and Brett Ratner is his dad, and they reunite at Christmas, and Mariah Carey sings a Christmas-themed version of “We Belong Together” called “We Belong Together [At Christmastime] [RatPac remix].”

Sad Biopic Of The Day: In High Places, starring Michael Sheen as George Mallory
Michael Sheen has signed on for In High Places, a biopic of British climber George Mallory. Kelly Macdonald of Boardwalk Empire is set to play his wife, Ruth, and Andrew Scott of Sherlock will play his friend/fellow climber Noel Odell. Mallory, who I am just now learning about as I type this summary, “took part in the first three British expeditions to Mount Everest in the early 1920s” and disappeared with his climbing partner Andrew Irvine in 1924. His body was discovered in 1999 oh no. George! This is sad. I miss Mariah and Brett.

What’s Up With The Russos Of The Day: They will direct The Avengers: Infinity War
As we first speculated in the Newsies a few weeks ago, the Russo brothers are officially on board to direct The Avengers: Infinity War. Here are a few fun facts about the Russos: They have also directed You, Me And Dupree and some episodes of Arrested Development and Community. The Russos also might be planning a Ghostbusters movie with Channing Tatum. The Russos were once child stars who had their own direct-to-video line of films in which they played sassy, diminutive detectives. Joe is sportier, but Anthony reads more Proust. Joe loves hot dogs, but Anthony prefers quinoa with chopped-up hot dogs.

Deadpool Thing Of The Day: Some photos from the set
Somewhere in Vancouver, Canada, Ryan Reynolds is filming Deadpool, the Marvel movie about what happens when you build a waterpark in your meth lab. Today, somebody took pictures of him in costume and published them on the Internet. I’ve posted one below for your viewing pleasure; the rest are at the link. Genevieve put it best when she mused, “So many pouches on that costume. It looks like he has separate compartments for his cigs and his Zippo on his leg.” The better to light that aquatic meth lab on fire. 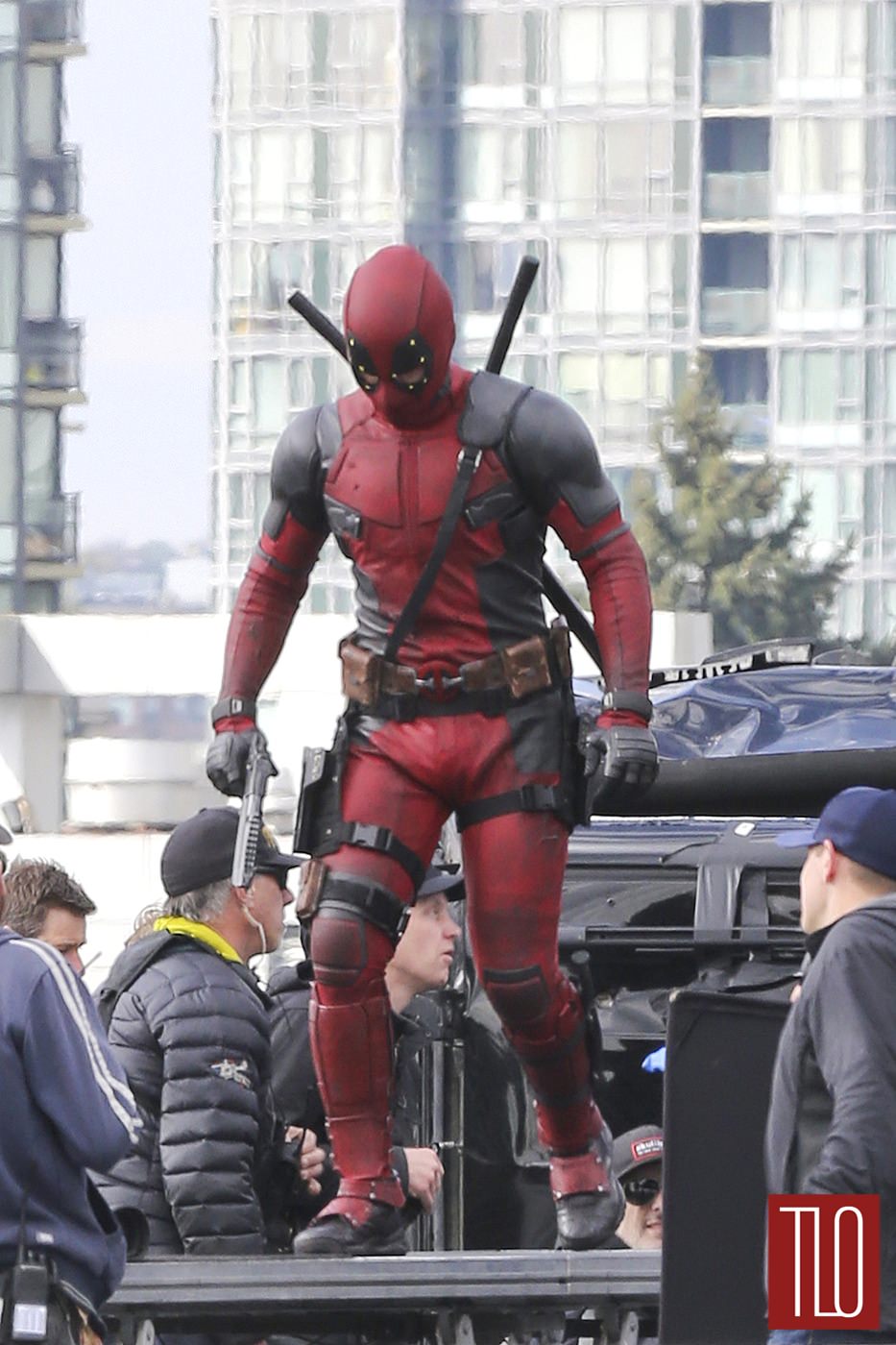