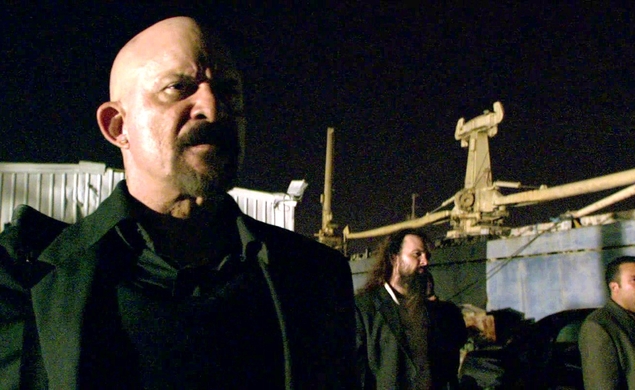 The term “wicked grin” comes to mind. Character actor Tom Towles was best known for his work in the horror genre—he even starred in the first three of Rob Zombie’s cinematic outings—but despite a career marked by playing “scumbags and obnoxious men” (per a fan-written biography on IMDb, which amusingly nails Towles’ career in a minimum of words), Towles possessed a wide, open grin. He was a regular on the fan convention scene, and pictures from those events reveal a big, welcoming smile, the kind that few would expect from a guy who got his start playing a serial killer’s sidekick. He passed away on April 5, 2015 in Pinellas County, Florida after suffering a stroke days earlier. He was 65.

The Chicago-born Towles originally entered into a military career, joining up with the Marines for a time, before returning to his hometown and embarking on an acting career in fits and starts. In 1975, he made his on-screen debut: an uncredited role in Dog Day Afternoon, though he wouldn’t appear on the big screen again for another decade. Serious about his craft, Towles attended Columbia College in Chicago as a theater major, before joining the Organic Theatre Company and even performing at the city’s prestigious Goodman Theatre.

By 1986, his legacy was unexpectedly sealed with a role in Henry: Portrait Of A Serial Killer, acting alongside a then-unknown Michael Rooker. His horror career flowed from that signature role, including turns in the Night Of The Living Dead remake, The Devil’s Rejects, House Of 1,000 Corpses, and Groom Lake. Despite his status as a horror staple, Towles also had an active television career, including appearances on ER, Star Trek: Deep Space Nine, Seinfeld, Third Rock From The Sun, and Firefly, along with longer arcs on NYPD Blue (a rumor once held that he was considered for Dennis Franz’s role on the show, as Andy Sipowicz) and Push, Nevada.

He last worked in 2008, appearing in Barak Epstein and Blair Rowan’s Blood On The Highway.