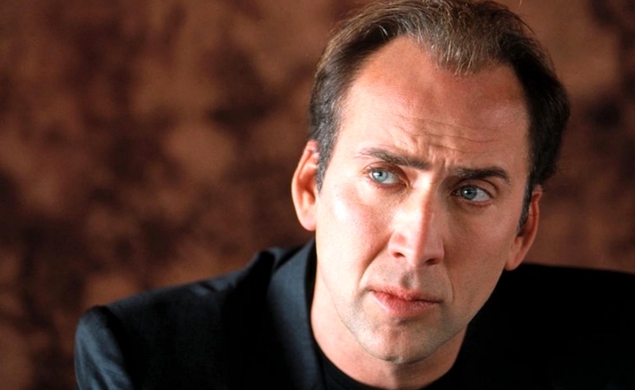 There was a time, not too long ago, when Nicolas Cage was but an actor. Sure, he was an Academy-Award-winning actor, thanks to his performance in Leaving Las Vegas, and had a coterie of memorably batshit performances to his name in movies like Vampire’s Kiss, Wild At Heart, Rumble Fish, and Moonstruck—but he was still just an actor.

Then something strange happened. As Cage’s career plummeted spectacularly, he increasingly became less of an actor than an icon, a sentient meme, a walking punchline, and a pop-culture phenomenon. A good percentage of the Internet decided that it was obsessed with Cage and his never-ending eccentricities, and created an endless series of memes, gags, catchphrases, and inside jokes regarding his increasingly inexplicable life and career, which includes everything from marrying Elvis’ daughter to buying a bunch of castles in Europe hat he is apparently financially obligated to make 10 movies of varying quality each year to support. Last year, Cage reached a new low by venturing into the world of Christian film with a gritty reboot of Left Behind  that offered the surreal spectacle of an Academy Award-winner still capable of great acting (as evidenced by his return-to-form performance as a grizzled man of darkness in David Gordon Green’s strangely underrated comeback film Joe) sopping up Kirk Cameron’s sloppy seconds, cinematically speaking.

Cage cultists are a passionate breed, always wondering how things burned, raging that various insane acts will not result in a return of honey production, and eating live cockroaches for the sake of ghoulish authenticity. Now in a particularly over-the-top display of Cage-love, a graphic designer named Thom Malone is launching a crowd-funding campaign to create a 71,017 square-foot mosaic of Nicolas Cage’s face that will break the Guiness World Record for largest mosaic.

On his Kickstarter page, Malone explains that he originally put this campaign on Kickstarter “as a joke between some friends,” but after receiving $27,000 in pledges in one week—seriously, Internet?—he decided to remount it for real, “with an actual plan in place to make this happen.” That plan apparently necessitates some $41,000 U.S. for “printing the photos, making the rewards, and obtaining permits and materials to build the mosaic.”

Contributors will also be featured on the mosaic, so if you’ve ever wondered what a 71,017 square-foot mosaic of the world’s most beloved cult actor—along with 180,000 photos of his most devoted fans—looks like, then you needn’t wonder any longer. As with all Kickstarters, there are plenty of rewards for contributors, including posters of the mosaic, a “Necklas Cage” (locket with Cage’s face inside), a cup of Joe (coffee mug with Cage’s face from the film Joe), and for slightly higher rollers, a trip to the unveiling of the world’s largest mosaic in Ontario, Canada, on Labor Day Weekend 2015.