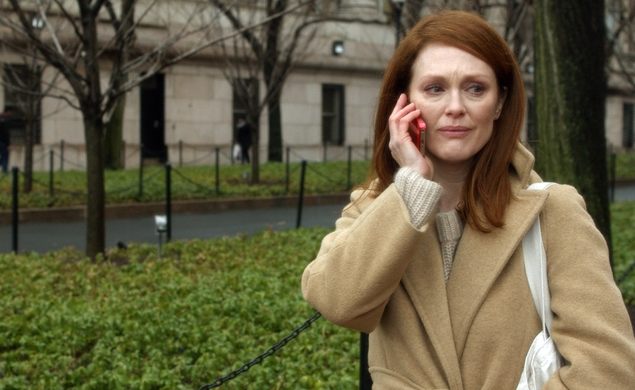 Most folks would agree that, at the very least, Julianne Moore is a pretty good actress. Most would go much futher than that and argue that she is an ageless beauty, a national treasure, and one of the finest actresses of her generation. Hell, just this year she won the Best Actress Oscar for playing a woman with Alzheimer’s in Still Alice, the highest honor any actress could possibly win.

So we can all agree that while the talent of many actors and actresses is up for debate, it seems like a consensus has been reached about Moore’s greatness. That makes it all the more surprising that, according to Vanity Fair, Turkey’s culture and tourism ministry has cancelled a promotional film project with Moore due to what they deemed her “poor acting.”

Apparently Moore was a controversial choice from the beginning, with Turkish paper Hürriyet writing, “The choice of Moore had been criticized by a number of prominent figures in Turkey, from advertisers to politicians, with many slamming her ‘depressive persona.’” True, Moore hasn’t exactly been Giggles McGee in movies like Still Alice, but it seems perverse to punish an actress for the kinds of characters she chooses to play.

Moore grew up an army brat, the daughter of a colonel, and in the tourism film, which was to air early last year, she recalled spots she remembered from her childhood visits to Turkey. The Turkey ministry board did not reveal what exactly it was that made Moore’s acting so bad. (I like to imagine it’s because she kept saying, “They should call this place Turkey, because it’s filled with nothing but jive turkeys!” then winking at the camera and giving a thumbs up.) But at least she can take comfort in the fact that, outside of the Turkey tourism circuit, she is widely considered a brilliant actress.