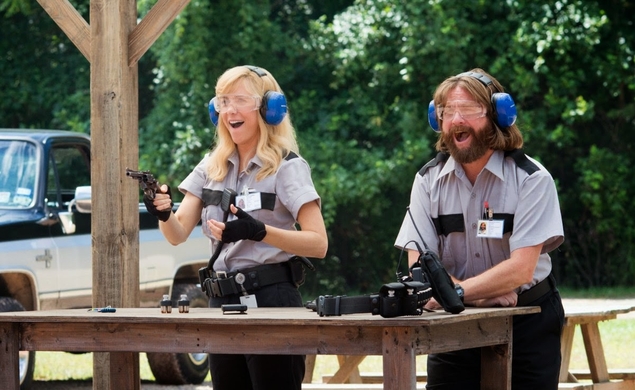 “We often like to say, ‘It sounds like a movie,’ but boy, in this case, it really does.” This is the actual opening line of a WCNC Charlotte news broadcast covering the aftermath of the 1997 Loomis Fargo Heist. At the time, the heist was among the biggest in history—a loot of $17 million, more than 21 players involved, and at least one velvet Elvis purchased. It was also, unequivocally, the most hilarious. If you have eight minutes to spare, watch the broadcast below. If you have, like, three minutes to spare and an office environment that discourages audio-visuals, read my summary below below:

Here’s what happened: Back in 1997 (when bank-robbing was glamorous as hell; see: Out Of Sight), David Ghantt, a Loomis Fargo employee who was reportedly unhappy in his marriage and harboring a serious crush on a co-worker named Kelly Campbell, decided the best cure for his ennui was to rob the bank he’d worked at for two years. David knew it would be easy—apparently, Loomis Fargo was short-staffed, and he had “all of the keys.” (200 of them. Remember this, it will be important in four seconds.) So he recruited Kelly for the crime, because nothing stokes the flames of lust like being on the lam; Kelly then recruited “old friend” Steve Chambers, who recruited his wife Michelle. The plan was that David would steal the cash, Kelly would help him escape to Mexico, and Steve and Michelle would hide the cash and wire it intermittently to their new best pals. A foolproof plan in which everybody wins, including America.

Except the crew proceeded to totally fuck everything up. First, they dropped David’s ring of 200 keys, leaving them unawares as to which one opened their armored getaway van. They tried every single key until one worked, which sounds very boring. Then, David stole more cash than Steve had room for in the armored van, so the Chambers ended up leaving $3.3 million behind, in $1 and $5 bills. Who uses those, anyway! Paupers, that’s who.

Then, David and Kelly, heady with excitement (as David tells the WCNC reporter, “I hate saying this, but I’d never felt so alive”), drove to South Carolina to hop a flight to Mexico. Except when they arrived, the two learned that there were no flights to Mexico from South Carolina. NBD! They got on a bus to New Orleans, David stuffed all his money in his cowboy boots (“Thank God I have big feet”), and they eventually made it to Cancun, where David, literally wading in cash, stormed out of a Walgreens, called a cab and demanded, “Take me to the mall!”

Back in Charlotte, things were going MTV Cribs-levels of great for the Chambers, who’d paid $600,000 worth of $20 bills for a massive mansion, decorated it with the aforementioned velvet Elvis and cheetah-print carpeting, and parked a custom-made BMW in the garage. (“A tale of flashy spending!” crows the anchor.) They pretended they’d made their mountains of money during Steve’s successful run as a “Dallas football player.” “Anonymous family and friends” became suspicious (a.k.a. #jealous) and called in the Chambers to the authorities; simultaneously, the Chambers were plotting to have David killed in Cancun so they could continue living the Mariah Carey lifestyle. The cops casually stepped in at this point to save David’s life and also lol, and then prison happened for everybody.

If you read this and thought, “Wow, this sounds like a perfect cinematic vehicle for some of the greatest comedians of our time,” you’re right. Enter Masterminds, a retelling of the Loomis Fargo Heist from Napoleon Dynamite director Jared Hess, and co-written by frequent collaborators and reliably funny people Jody Hill and Danny McBride. It stars Zach Galifianakis as David, Kristen Wiig as Kelly, Owen Wilson as Steve, and Mary Elizabeth Ellis as Michelle. With less ado than before (sorry, it’s just such a good story), here’s the new trailer: 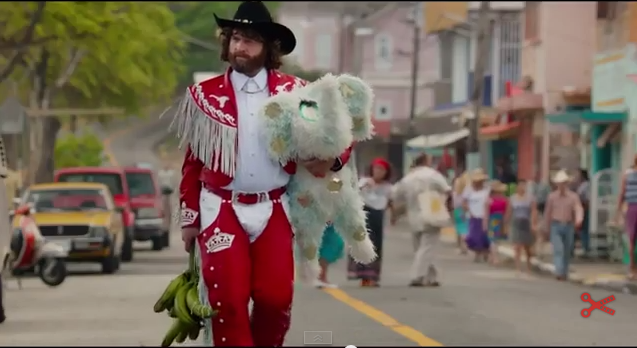