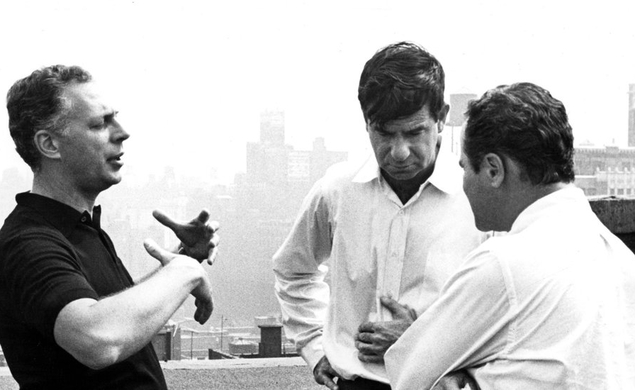 Gene Saks, a director of film and theater best known in both media for interpreting Neil Simon, has died at the age of 93. A veteran of World War II whose service involved the raid on Normandy, Saks entered entertainment as a Broadway actor and ended his career playing character parts in films like I.Q. and Deconstructing Harry. His last credit on the IMDb is as a judge in a 1998 episode of Law & Order. In between, however, he made his name as a director, finding success on Broadway via productions of Mame (co-starring Bea Arthur, who would become his first wife), Enter Laughing, and Same Time, Next Year. But it was Saks’ long collaboration with Simon for which he became best known. Saks regularly directed Simon’s Broadway work from 1976’s California Suite through 1993, when he was fired from a musical version of The Goodbye Girl then in previews, opening up a rift between the pair.

Their big-screen collaboration predated their Broadway work. Saks made his cinematic directorial debut with Barefoot In The Park, a 1967 adaptation of Simon’s play co-starring Robert Redford and Jane Fonda. A Saks-directed adaptation of The Odd Couple starring Jack Lemmon and Walter Matthau, which we recently spotlighted as a Movie Of The Week, followed the next year. A version of Simon’s Last Of The Red Hot Lovers arrived in 1972, and in 1986, Saks directed a well-received adaptation of Simon’s semi-autobiographical Brighton Beach Memoirs starring Jonathan Silverman, after previously directing Matthew Broderick on Broadway in the same role.

Apart from Simon, Saks’ film career revolved around adaptations of other plays, including Mame, Cactus Flower, and A Fine Romance. His final effort behind the camera came in 1995, when he led a TV adaptation of Bye Bye Birdie. Perhaps unavoidably, Saks’ reputation rested more on his ability to translate material from one form to another than his visual style, but it’s best not to undervalue that skill, which required patience, respect, and a knack for working with actors while preserving some major theatrical works on film.