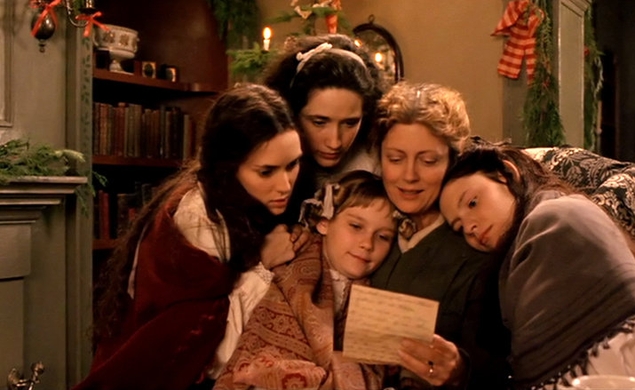 “ ‘I like good strong words that mean something,’ replied Jo, catching her hat as it took a leap off her head preparatory to flying away altogether.”

Somehow, it’s been over  20 years since fans of Louisa May Alcott’s beloved novel Little Women were gifted with a big-screen version of the novel, two whole decades since devotees of the March women got to spend a couple of hours in the company of literature’s most beloved sisters, more than 240 months since moviegoers howled, “Beeeeethhhh!” for hours on end. Grab your hankies, because that’s changing.

The Wrap reports that Sony is now working on a new adaptation of the material for a planned feature—and, no, it won’t be a reworked or reimagined take on the tale, because some things are so enduringly classic that they get to avoid that kind of madness wholesale—with Sarah Polley on board to write the script. Amy Pascal will produce the film as part of her new deal with the studio, alongside Denise Di Novi and Robin Swicord (who actually adapted the novel for the 1994 film version), giving it a lot of female firepower.

Although Polley’s typically writes and directs her own features—including Away From Her, Take This Waltz, and her documentary Stories We Tell—she is not yet locked in to helm the feature, and is believed to be putting her energies into writing the script before moving ahead with another role (private memo to Sarah Polley: please direct this).

Alcott’s book has frequently been adapted for both the big and small screens, though the best known versions are still George Cukor’s 1933 film (with Katharine Hepburn as Jo), Mervyn LeRoy’s 1949 take on the material (with Elizabeth Taylor as Amy), and Gillian Armstrong’s 1994 version (the one with Winona Ryder).

The classic story follows the lives and loves of the four March sisters (Jo, Beth, Amy, and Meg) after the end of the American Civil War. The book is loosely based on Alcott’s own family, which is perhaps why it is so vividly and lovingly written (and probably also why Jo March, who is based on Alcott, is such a driven writer), and why it makes me cry every single time I read it. Beeethhhh!