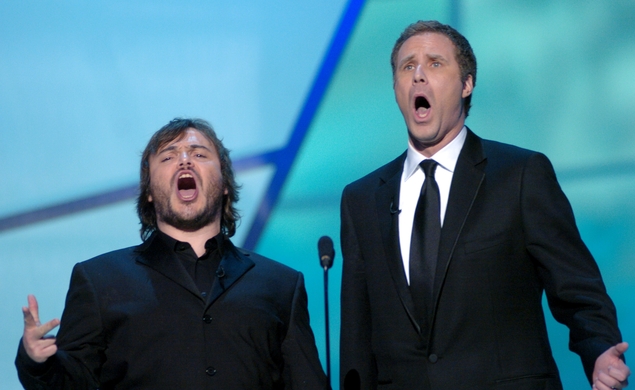 In the year 2055, the post-apocalyptic wasteland formerly known as the United States of America has become a war-torn battleground. Two conflicting factions have emerged: The Runners scurry around the outskirts of this dystopian society, hopes never extending beyond survival into the next day. They’re hunted tirelessly by the It, an elite corps of seekers who pursue the Runners until they can be touched and turned into one of the It. But a small underground band of Runner resistance fighters won’t remain secret for much longer. With a new revolution, will they be able to conquer the It and restore peace and order to their ravaged nation? The answer can only be found in Tag, the first installment of a seven-film saga to decide the fate of Earth itself. (The last film will actually be two films.)

Nah, that’s not the plot of Tag, which will one day be a very real movie. The gestating project reworks a 2013 Wall Street Journal article called “It Takes Planning, Caution To Avoid Being ‘It’” for the silver screen. The human-interest piece outlines a decades-spanning game of tag between 10 prep-school buddies from Spokane, Washington. Brian Dennehy and his pals spent one fine morning at Gonzaga Preparatory School chasing one another across campus lawns and through dining halls. Even as the participants grew up and went their separate ways, the game has continued. Each February, the 10 players plot out impossibly elaborate methods of getting the jump on one another, enlisting spouses as accomplices and infiltrating workspaces all to free themselves of the terrible burden of being It. The article’s pretty funny—one intrepid player hid in the trunk of a parked car and tricked his competitor into popping the hatch, then leaping out to tag the shell-shocked opponent.

It sounds like a comedy already, and New Line Cinema clearly thought along similar lines, as it's optioned the article for a feature film starring Jack Black and Will Ferrell as the childhood chums hunting one another down. The project, though still in the embryonic stages, made headlines in Variety today by taking on a screenwriter in Rob McKittrick (Waiting). Tag’s concept is a little more clever than your average studio comedy—who knows, this could still spawn a lucrative franchise. Before we know it, we’ll be looking at Tag 2: Freeze Tag, Tag 3: TV Tag, and T4G: Flashlight Tag.