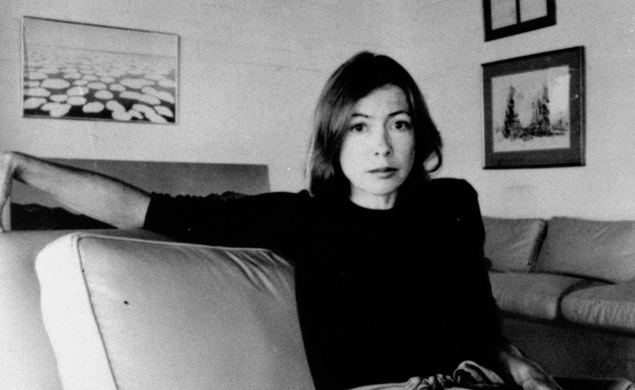 “When I first saw New York, some instinct, programmed by all the movies I had ever seen and all the songs I had ever heard about New York, informed me that things would never be quite the same again.”

The above quote is excerpted from Joan Didion’s landmark essay “Goodbye To All That,” an autobiographical account of the celebrated novelist’s time coming up in the city’s writing scene during her early 20s. To any suburban teen who grew up with panoramic dreams of making it in the big city, the above quote glows like a holy text. Didion captured the infinite possibility of the city and the near-magical quality it can have for out-of-towners. Those words won’t be constrained to the page for much longer.

A new report from Deadline notes that the rights to “Goodbye To All That” have been acquired by producers Megan Carlson and Brian Sullivan with the intentions of spinning it into a feature film. As a project in the earliest stages of pre-production, the film still has yet to take a definite shape, but Carlson and Sullivan have stated that they will search out a female director and writer to adapt the seminal essay to the screen. A wise move if ever there was one: Didion’s prose speaks specifically to experience of being a woman in the competitive world of publishing. (She worked as a staff writer at Vogue before ascending to literary stardom of her own.)

Didion’s voice will be a welcome one at cineplexes nationwide, but personal passion from Sullivan will sweeten the deal ever further. Deadline quotes him as saying, “It’s been a dream of mine for years to bring this essay to the screen… I tried to option it as a student when I was at the San Francisco Art Institute and was turned down. It’s been a part of my being for 40 years, and then the planets aligned, and here we are. The moment has come for ‘Goodbye To All That.’” Sullivan's inner collegiate lit nerd sounds like he’s prepared to do right by his writerly idol; I don’t see this one melting into a typical biopic.