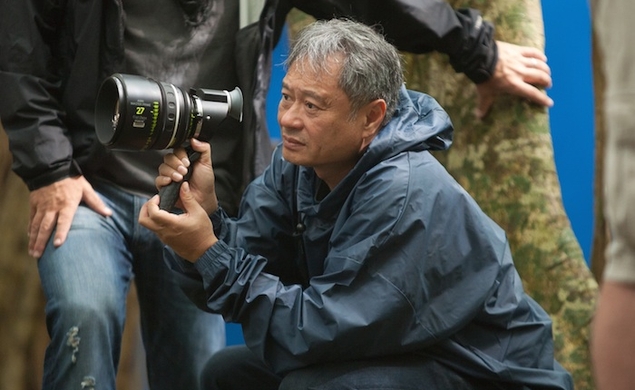 Ang Lee has been somewhat quietly working on his next film—a big-screen adaptation of Ben Fountain’s Billy Lynn’s Long Halftime Walk—for a few months now, apparently keeping things under wraps while he looks for a lead to topline the humorous and heartbreaking war story. That casting challenge was likely exacerbated by Lee’s desire to find a “discovery” the lead the film. Earlier this month, Deadline reported that Lee was looking at a big batch of up-and-coming talent, including “Billy Howle (the British series Glue), Taron Egerton (the upcoming Kingsman: The Secret Service), Joe Cole (Peaky Blinders,) and Jack Reynor (Transformers: Age Of Extinction and Glassland).” As is so often the case, this short list didn’t pan out, but Lee has found his new lead anyway.

Deadline reports that Lee has cast Joe Alwyn—that you’re asking “who?” right now is a good thing—to star in the film, with the intention of surrounding him with other, more experienced actors. (Hey, not a bad idea.) One of those experienced guys might be Garrett Hedlund, whom Lee is reportedly “looking hard” at. (Consider “looking hard” to be a new entry in the list of levels of someone possibly getting cast in a film, just between “eyed” and “set.”)

Fountain’s novel sounds like a bit of a challenge for Lee, as it will require him to juggle both emotion and humor in ways that he hasn’t recently been tasked with (Brokeback Mountain, not a lot of laughs there), but our hopes are very high.

Per Amazon, the story goes as follows:

“Billy Lynn and his Bravo squad mates have become heroes thanks to an embedded Fox News crew’s footage of their firefight against Iraqi insurgents. During one day of their bizarre Victory Tour, set mostly at a Thanksgiving Day football game at Texas Stadium, they’re wooed by Hollywood producers, smitten by Dallas Cowboy cheerleaders, and share a stage at halftime with Beyonce. Guzzling Jack and Cokes and scuffling with fans, the Bravos are conflicted soldiers.”

Sounds kind of insane, right? The weirdest thing is, the platoon is expected to go back to war after their tour is over, which should lend the whole thing a very weird energy and tension. And a possible Beyonce cameo!