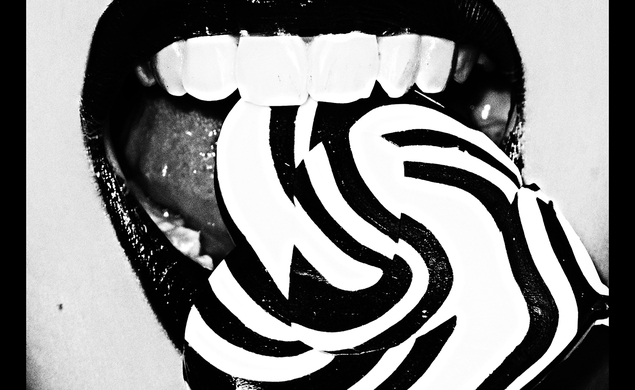 When she’s not acting, parenting, or giving major side-eye to a handsy John Travolta, Scarlett Johansson has been known to dabble in the music biz. She put out a Serge Gainsbourg-inspired Pete Yorn collabo in 2009 called Break Up, and a Tom Waits tribute, Anywhere I Lay My Head, in 2008. This week, she released a single (get ready to read that word a lot), “Candy,” with a new girl group she’s fronting called the Singles, featuring Este Haim of Haim, Holly Miranda, Kendra Morris, and Julia Haltigan. (Sample lyric: “You’re like candy to my heart.” Another sample lyric, for posterity: “You make my mouth water, yum, yum, pop.”) “The idea was to write super-pop dance music written and performed by girls,” Johansson told Rolling Stone. “I love Grimes. And I love the Bangles. And I love the Go-Go’s. I wanted it to be like those bands: ultra pop but also a little ironic, a little in on the joke.”

She forgot to mention that the Singles, perhaps inadvertently, would be like another band: The Singles, a Los Angeles pop-rock outfit that’s been recording since 1999, when ScarJo was just a twinkle in a young Scarlett Johansson’s eye. Unlike the Singles, The Singles (with a CAPITAL “T”; never forget) are not even a little in on the joke and are not appreciating the irony. In fact, they’ve issued a decidedly unironic cease and desist, alleging “trademark infringement and a variety of other legal claims.”

The Singles’ lead/frontman Vincent Frederick describes his reaction to the news of Johansson’s alleged thievery in a press release: “I woke up one morning and learned from the news that our band name was literally just taken by someone else [solid shade-throwing in referring to Scarlett as “someone else”] as their own. It’s hard to believe that any musician would do something like that to another band. The Singles has been my life for the past 16 years. We have worked so incredibly hard to make it a success.”

While I categorically reject his use of “literally” here, I see Frederick’s point. It can’t be fun to have a massively famous person use your band name for a casual side project that’s akin to a normal person taking up artisanal pencil-sharpening. The question is, did the Singles know about The Singles? Did they forget to do any research whatsoever when naming themselves, or did they just decide, “Eh, fuck it, we’re famous, The Singles can just deal”? Is “someone else’s” assistant literally going to get fired over this?

The press release—very clearly issued by The Singles’ publicist, in that it bends over backwards to avoid referring to Johansson and her cohorts as “the Singles”—also claims that “since ‘Candy’ debuted on Feb. 20, 2015, fans online and across social media [are these things different, The Singles?] have expressed surprise and confusion over the release of the song and why Scarlett Johansson, Holly Miranda, Kendra Morris, Julia Haltigan, and Este Haim released the single using the band’s name, instead of picking a new band name not already in use.” Frederick reiterates, “I just don’t understand it. Just a simple search on Google [I am really starting to think this band has never used the Internet] would have revealed that ‘The Singles’ was already a band name being used by another pop/rock band—our band.”

The Singles will consider legal action if a resolution is not reached. Your move, someone else.