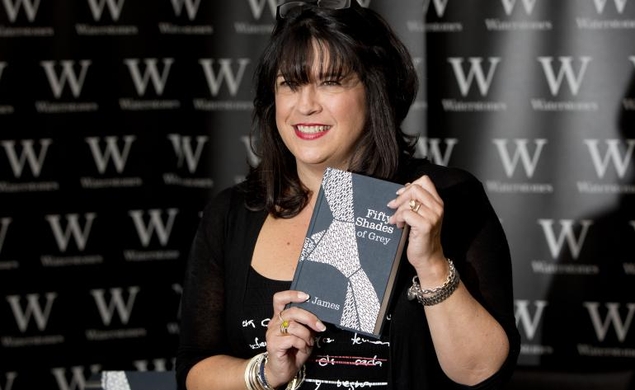 Sam Taylor-Johnson may have captured some big box-office bucks—with the barrier- and record-breaking debut of her Fifty Shades Of Grey, her film now holds the title of highest-grossing opening weekend for a movie helmed by a female director, with more records sure to be beaten as the film rolls into the rest of its release—but that doesn’t mean she’s interested in coming back for more. There are two more books in E.L. James’ series, and both are expected to get the big-screen treatment (you know, money), but whoever directs those features—Taylor-Johnson or not—might find themselves under some very tight constraints.

Variety reports that James is now “seeking more control over the sequel by writing the script herself. Universal Pictures, which had been resistant to the idea, is currently discussing the potential move with James.”

Although both of James’ subsequent novels, Fifty Shades Darker and Fifty Shades Freed, have yet to get the ol’ movie greenlight (despite a spat of weirdo rumors that the next movie will arrive in time for Valentine’s Day of next year), they are expected to be made, though the lack of official announcement as such is “related to the fact that Universal execs and James are still arguing over details.” You know, like who is going to write this thing. (Amusingly enough, Variety points out that “without a shooting script or start date, having the movie ready for next year’s Valentine’s Day is highly unlikely.”)

As Variety notes, Fifty Shades is already diverging from “most successful franchises, which aim to retain the team behind the first film” and that the series “will undergo a dramatic creative reshuffling in the weeks to come.” Even the Twilight series, which went through a series of directors, maintained screenwriter continuity, as Melissa Rosenberg wrote every script for the smash franchise. As of now, both Taylor-Johnson and screenwriter Kelly Marcel (who has noticeably avoided doing press for the film) are not believed to be coming back for another round. Various reports have held that Taylor-Johnson a) has refused to do a sequel, b) is trying to get out of directing a sequel, or c) didn’t even sign on for the sequels in the first place, but the end result is clear: Taylor-Johnson will most likely not come back.

One of the persistent narratives of the Fifty Shades Of Grey movie experience has held that Taylor-Johnson and James didn’t get along on set. There have been tons of stories to that effect, but The Hollywood Reporter’s hilariously titled “Fifty Shades of Cray” feature zeroed in on some of the production’s biggest problems, and Taylor-Johnson told them: “We’d often clash and have to find a way to work through that to get to some sort of resolution…She would be the first to say as well that it was not easy. It was not easy. But we got there. I think both of us felt it was an incredibly painful process.”

As Variety notes, “if James does write the screenplay for Fifty Shades Darker, it could mean a later release date for the sequel” (among other things), as “James has never written a film before, and the studio may need to factor in extra time for revisions.”

James’ deal already gives her considerable power, and she’s guaranteed control over many things, including full casting approval. Variety adds that “she attended creative meetings to make sure that the film didn’t veer too far from her book. According to sources, James, who has no prior film experience, would at times hold up the creative process by offering input that wasn’t in line with the filmmakers’ vision. But given James’ contract with Universal, the director and other producers on the film couldn’t go around her.”

It looks like they’re still tied up even now.