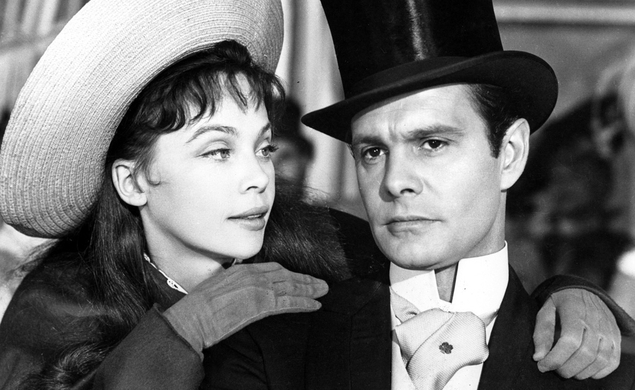 Veteran French actor Louis Jourdan, for decades a go-to source for continental elegance—often with a twist of menace or melancholy—died on Saturday at the age of 93.  Jourdan worked steadily in film from 1939, when he appeared in the French film Le Corsaire, until 1992, playing the villain in Peter Yates’ Year Of The Comet. But he’ll be best remembered for a small handful of roles in the films that took full advantage of his presence.

Those roles might never have happened, however, if Jourdan hadn’t made the life-endangering choice to escape a labor gang and join the French resistance during WWII after declining to appear in Nazi propaganda films. After the war, Hollywood beckoned, starting with a high-profile role in Alfred Hitchcock’s The Paradine Case in 1947. But it was his work in Letter From An Unknown Woman, directed by Max Ophuls, that best showcased his ability to take on complicated roles.

He didn’t always find them in abundance, but he made the ones he did find count. For Vincente Minnelli he played Rodolpho in a 1949 adaptation of Madame Bovary. Nearly a decade later, he’d reteam with Minnelli as the romantic lead in the Best Picture-winning Gigi, starring opposite Leslie Caron. In other films he romanced, or threatened, everyone from Jennifer Jones to Shirley MacLaine to Doris Day. As the decades stretched on, work as a villain became the easiest to find. Jourdan made the most of the opportunities, bringing gravity to Octopussy, one of the sillier James Bond films of the Roger Moore era, and to Wes Craven’s Swamp Thing, sounding a note of elegance and ruined grandeur in the midst of the muck.