Neill Blomkamp still wants to give the world his Alien film 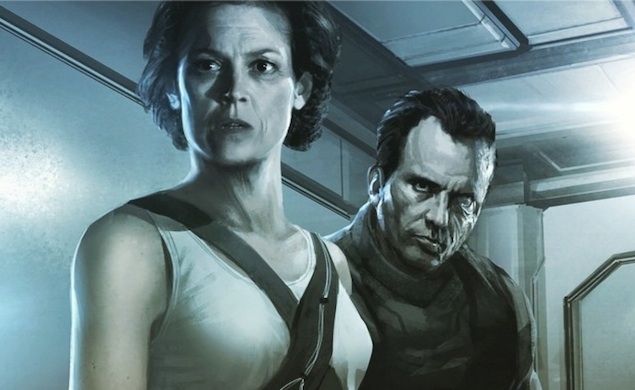 Last month, some very interesting (and very detailed) concept art for a currently unplanned Alien sequel made its way on to the web, thanks to the man who created it. Back then, District 9 and Chappie director Neill Blomkamp took to his Twitter to pass around a few looks at an Alien feature he’d been working on in his spare time, though he admitted that it probably wasn’t going to happen. Too bad, though, as his inventive but still respectful take on the material looked like the kind of thing any Alien fan would want to see on the big screen.

But it’s not dead yet. In fact, Blomkamp’s Twitter share might have been part of a plan to get this damn thing made already. Blomkamp sat down with Uproxx yesterday to chat about a variety of things, from the upcoming Chappie to how he likes to spend his off time. Incidentally, that just so happens to involve crafting concept art for films he wants to make.

As Blomkamp tells it:

“Speaking to Sigourney Weaver, when we were doing Chappie, she set off a bunch of thoughts in my head — I had come up with an idea that didn’t have Sigourney, it was a different idea. But I spent all of the shooting time with her, it was like, holy shit, that could actually be really interesting. When I came back to Vancouver, I had an entire year to work on Chappie. And when I wasn’t needed in the edit, I could think about Alien. So, I basically developed an entire movie and I did all of this artwork as well.”

We are all spending our free time quite poorly.

“If it’s going to happen, it has to be on my terms. So, I came up with it and I’m bringing this to you. It’s not like, 'Would you like to do Spider-Man 36?' I still love it, I love the idea of the movie and I produced way more art than I put out...It was a whole story. Then I just wasn’t sure if I was going to do another film, like, at all...Sometimes Hollywood just sort of gets to me. I love movies, but Hollywood itself is a difficult animal to negotiate. So, then I was like, if I don’t do any, I should put some of this artwork out and that’s exactly what happened.”

Now that is a canny way of getting an idea for a film out there. As of now, however, Blomkamp maintains that the ball is very much in his court and that “there’s a high possibility, a high degree of chance that it happens that I go back and try to get Alien made,” he just needs to be the one to say yes. Alien home studio Fox? “Fox, they would make it. Like, tomorrow. They would make it.”