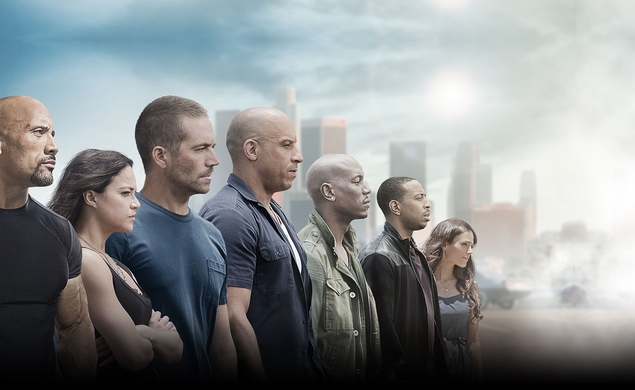 Those of us who attended the Super Bowl International Film Festival last Sunday saw the premiere of a TV-length trailer for Furious 7, which is not a gritty reboot of The Magnificent Seven, but which will make for a great double feature with The Hateful Eight someday in a bright future. No, Furious 7 represents the latest installment of the evergreen Fast & Furious franchise.

Shortly before parachuting his goddamn car out of a goddamn helicopter, Vin Diesel’s character Dominic Toretto (which, by the way, seems a little unnecessary—Vin Diesel would be the perfect name for every character in this movie, even Michelle Rodriguez’s) is teased, “Just when you thought it couldn’t get any better.” This line could just as easily be aimed at the audience. When an action franchise swells in popularity in the way that the FastFuriousThankYouMorePlease franchise has, it has no choice but to top itself with increasingly outlandish stunts in every new picture. For series that take themselves seriously, this results in a phenomenon called “jumping the shark,” at which point the installments go too far over-the-top and strain their credulity. But in the white-knuckle world of the Fasten Furious franchise (it’s a pun on Festen! Like, the native-tongue title of Thomas Vinterberg’s The Celebration? Is this thing on?), this results in a car being jumped out of one tower and into the next. In this way, we have all won. Pop open your gas cap and fill up with this premium-unleaded trailer:

The trail of the tape
Title: Furious 7
Director: James Wan
Screenwriter: Chris Morgan
Cast: Vin Diesel, Dwayne “The Rock” Johnson, Chris “Ludacris” Bridges, Paul Walker
Release date: April 3, 2015
The entire trailer in one line of dialogue: [The sound of Vin Diesel driving a car from one skyscraper through the air into another, crashing into a dozen terra cotta soldiers, and jumping out of the car before it slides out of that second skyscraper and tumbles to the ground.]
The entire trailer in one screengrab: 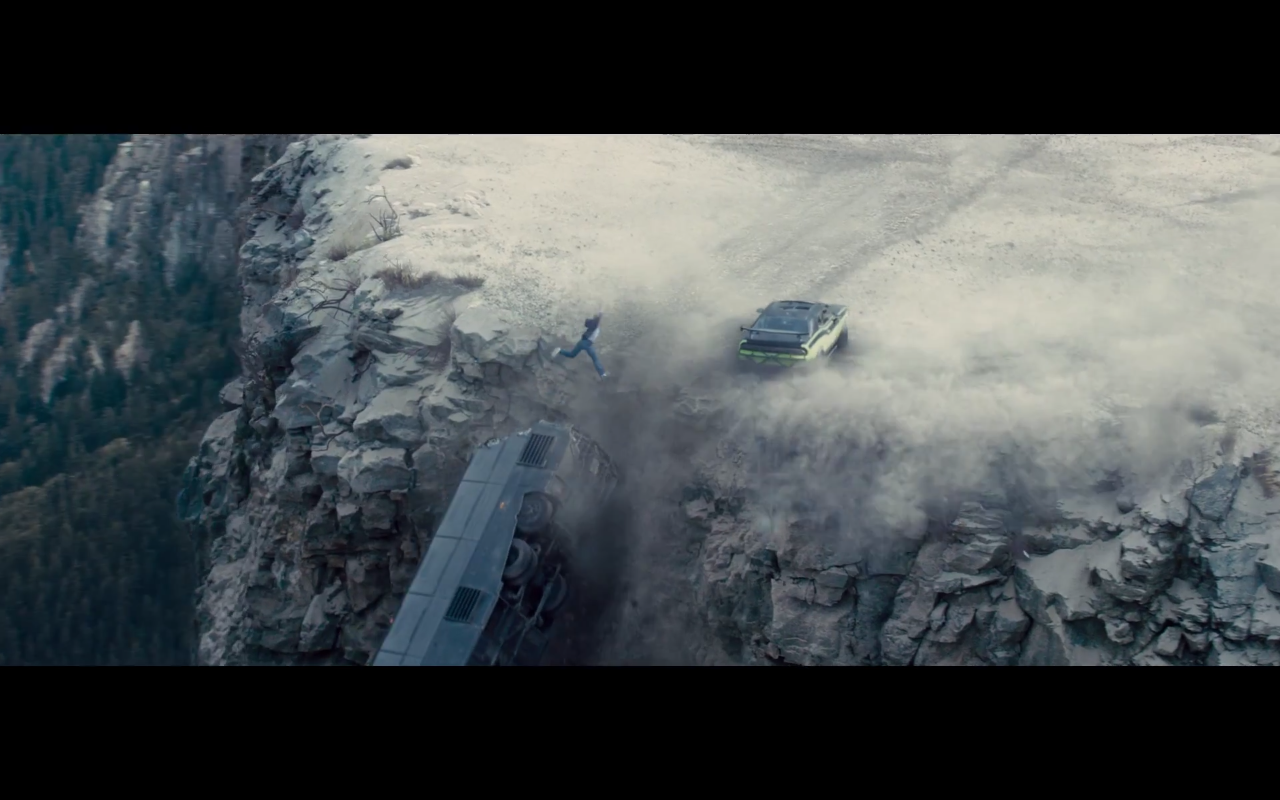 The new trailer recycles a few sequences from Sunday’s spot, but coughs up some new treats as well. There’s a fleeting glance at a grizzled Kurt Russell warning our heroes about an encroaching foe. No glimpse yet at the cameo appearance from pop-rapper Igloo Australia, but there is some tasty footage of newly-introduced Jason Statham as vengeance-crazed Ian Shaw, brother of the Luke Evans-played Owen Shaw, who was killed by Dominic at the end of Fast Is The Furiousest Color. He should make for a great villain, insofar as he is strong and bald and Jason Statham.

Before Dominic and his family members—he has no friends, only family, and some work acquaintances that he appreciates, definitely chats with casually at the office, but wouldn’t want to, like, hang out with or anything—embark on a dangerous mission, he warns them: “This time it ain’t just about being fast.” I don’t want to make any outlandish leaps or irresponsible presumptions here, but something tells me the thing it’s also about has something to do with being furious.