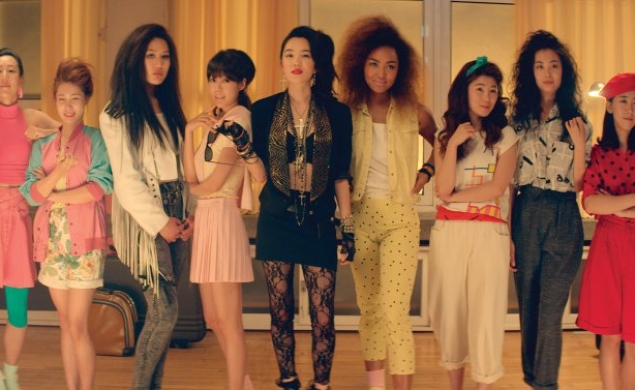 Most of the critics covering Sundance—including our own—are currently making the trek to Park City, braving the arctic tundra (Weather Channel is reporting 4 degrees) for this year's festival. But the rest of us are huddled up in our own respective tundras, waiting to hear any morsel of information about the slate of films premiering. And while most of the high-profile films won’t release trailers for weeks or even months, fortunately for us, there are always a few outliers that release early clips and trailers—or, more likely, haven’t yet taken down their spec or Kickstarter materials. Below, we’ve rounded up a completely unscientific sampling of 12 of the 103 feature films premiering at Sundance that—judging by their available trailers or clips—look particularly promising.

Billed as a futuristic story of a luxurious city undercut by economic inequality, the first short clip for Advantageous resembles a version of Total Recall as a domestic drama.

The brief trailer for Dope—which tries to cram in as many edgy things as possible in 30 seconds—looks like it could house its share of memorable characters (provided it calms down a little).  Hip-hop fans, rejoice: Pharrell contributed four new songs to the film, and A$AP Rocky has a supporting role.

The team from The Invisible War returns to the issue of a sexual assault in The Hunting Ground, changing its focus to the battleground of college campuses.

Vincent Cassel demonstrates his prodigious ability to emotionally shapeshift, moving from paternal warmth to deep sadness in seconds in the trailer for Partisan.

With its provocative premise—following the residents of a Florida-based neighborhood of former sex offenders—Pervert Park seems tailor-made for Sundance. The first trailer for the documentary feels grounded, unsentimental, and, above all, frank.

Capturing The Friedmans director Andrew Jarecki returns to the documentary format with The Jinx, the story of Robert Durst, the infamous real-estate mogul and twice-acquitted murderer.

Continuing the trend of films about doppelgängers, Israeli film Princess injects its own brand of splintered reality into a dark story of stepfather and stepdaughter.

’80s fetishism seems like it may be an unending trend in indie films, but Seoul Searching immediately stands out, projecting a very idiosyncratic, Korean take on American cinematic tropes and sensibilities.

The Visit already has an attention-grabbing premise—looking at how the world might respond to an alien invasion through the lens of government agencies—but it’s elevated by the trailer’s wooly and paranoid atmosphere.

The infamous shooting of Jordan Davis, the young man in Florida who was shot for playing his music too loud, is deconstructed in 3 1/2 Minutes. Watch the trailer over at IndieWire.

Recounting the story of an attempted takeover of a North Dakota town by white supremacists, Welcome To Leith looks coiled, emotional, and intimate. Watch the trailer on the film’s Kickstarter.