No one puts Edgar Wright in a corner: on the Ant-Man release-date switch 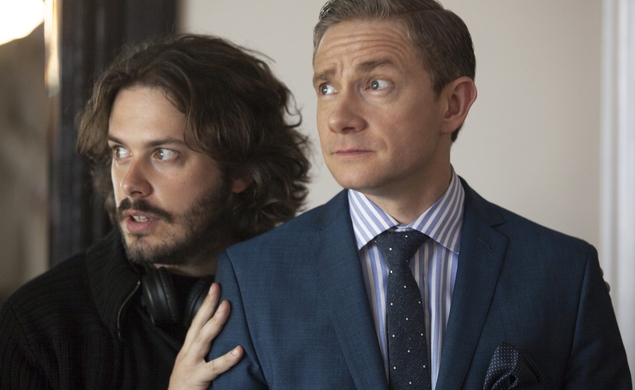 The release date for Ant-Man, the upcoming movie about the diminutive Marvel superhero (he talks to ants, shrinks to the size of ants, and performs other ant-related activities), has changed.

Disney has announced its plan to bump Ant-Man from its previously scheduled drop-date of November 6, 2015 to July 31, 2015. As The Playlist notes, this is the equivalent of tossing Wright’s potential blockbuster into a very crowded community pool filled with box-office devouring piranhas; piranhas like Star Wars: Episode VII, The Avengers: Age Of Ultron, Zack Snyder Presents Superman Vs. Batfleck, Terminator Part 87, and Independence Day 2: Let’s Blow Up The White House Again Because No One’s Sick Of That Crap. The point is: That’s a really competitive release date, one dominated by movies that, for better or worse, feature characters and brands far more established than Ant-Man. Disney already has Star Wars, The Avengers, and yet another Pirates Of The Caribbean sequel to sink its marketing dollars into that summer. I fear that Wright’s project may get lost in the shuffle. And that’s sad because it seems like Wright’s projects always get lost in the shuffle.

Consider Scott Pilgrim Vs. The Universe, Wright’s previous attempt to adapt something from the comic-book realm. It was heavily promoted at Comic-Con 2010, which took place just before its August release. It received largely positive reviews for its smart mashup of rom-com and video game culture. But, perhaps because it was tucked away in those final weeks of summer, it never found a wider audience. Domestically, it made only $31.5 million, according to Box Office Mojo. Even with international ticket sales accounted for, it failed to recoup its budget.

The World’s End, Wright’s final installment in his so-called “Cornetto Trilogy” that teamed him with buddies Simon Pegg and Nick Frost, has fared a bit better financially. Even so, given what a great apocalypti-flick this is—it was one of my favorites of the summer and this site, rightly, deemed it “Essential Viewing—it should have become more of a phenomenon. Wright’s consistently shown a flair for infusing genre pictures and mainstream fare with a clever zip that elevates them, making them smarter and edgier than they might be in a lesser director’s hands. He’s the kind of guy we should want to see directing as many summer blockbusters as possible.

So let’s hope that Ant-Man can vanquish the obstacles in front of it. Hopefully Disney and Marvel will be smart enough to capitalize on the inevitable success of The Avengers sequel and use it to direct moviegoers to Wright’s film. If they do that and it works, this Ant-Man switch could turn out to be the fortuituous decision that finally leads to this still-young filmmaker’s Hollywood breakthrough.