Mutations: The low-budget science-fiction Benji spinoff no one asked for 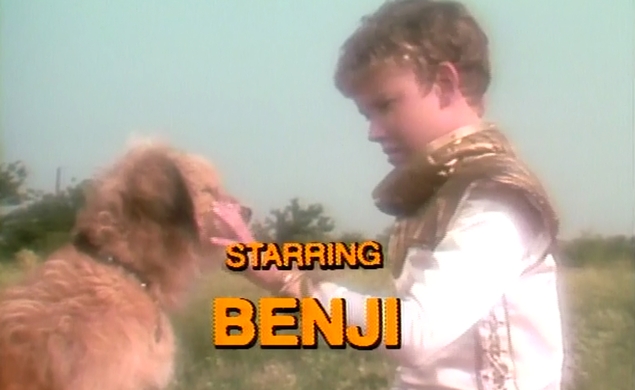 When adapting kid-friendly pop-culture entities for television, the schlockmeisters over at Hanna-Barbera and similar bottom-feeders often subscribed to the notion that if it ain’t broke, go ahead and fix it anyway. There seemed to be a strong belief in the 1970s and ’80s that there was no television show, basketball team, or cinematic icon that wouldn’t benefit from adding outer space, robots, superpowers, or animals into the mix. It’s a Mad Libs-style equation: Take kiddie favorite X, add wacky space aliens, and you have something stupid and gimmicky enough to play on Saturday morning in between cereal commercials.

The kids love Gilligan’s Island, right? Boom, they’ll love it even more if it’s in outer space, the premise of Gilligan’s Planet, which aired on CBS in 1982 and 1983. There’s no basketball team more kid-friendly and fun than The Harlem Globetrotters, but why settle for mere mortals when 1979’s The Super Globetrotters “re-imagines” the basketball funsters as actual superheroes? And what about The Partridge Family? Wouldn’t everyone like them better if they lived in the distant future, as they did on Partridge Family 2200 A.D for some inexplicable reason? And what was the Three Stooges’ “classic” 1940s run, ultimately, if not a subpar warm-up for their true destiny as bumbling robotic crime-fighters in the timeless The Robonic Stooges?

Not even Benji, the most beloved and popular cinematic pooch since Lassie, was immune to this strange impulse to toy mercilessly with the proven. In 1983, Benji creator Joe Camp helped bring his beloved mutt to the small screen courtesy of the crap-specialists over at Hanna-Barbera in Benji, Zax & The Alien Prince. The television spinoff of the beloved film series found a pop icon—that would be Benji—sharing a title with two weird figures that were never to be heard from again, not unlike the ill-fated 1980s animated Citizen Kane spin-off, Charles Foster Kane, Wacky & Nutso.

The first episode of Benji, Zax & The Alien Prince finds a boy prince named Yubi from the planet Antars landing on planet Earth with his levitating Droid guardian Zax, who looks like a prototype for the title character in WALL-E and speaks in the effete tones of C3PO from Star Wars. He’s a condescending metallic asshole who mutters things like, “Anyone with half a circuit could wander around this planet without being seen!” with the bitchy sass of a robot drag queen from outer space.

Zax and Prince Yubi have landed on Earth in an attempt to evade a pair of hunters dressed like extras from The Apple with a little General Zod thrown in for good measure, who have been dispatched by the evil ruler of his home planet to capture the prince. Thankfully, Zax is good for more than just levitating and making bitchy comments about his contempt for earthlings, dogs, and earthling technology: He can also communicate with Benji, translating his barks and vacant stares into spoken language.

Together, Zax, the most irritating alien this side of Jar Jar Binks, and Benji patrol the suspiciously empty streets of Anytown, U.S.A., one step ahead of the nefarious alien baddies in a Chevy van who are out to get between a space boy, his dog, and their wacky floating robot-alien comic relief. In a premiere episode that all but dares even the most easily entertained children to stick around past the first commercial break, let alone tune in next week for more sleepily paced, bizarrely convoluted adventures, these hunters chase Zax and Benji in hopes that they will bring him to the Prince, who is hiding out in a shed trying to repair his spaceship.

Much running through empty rural spaces ensues, and because Zax is clearly the most expensive part of the show, as well as the most irritating, Benji and the Prince do much of the running while Zax is out of commission. Benji appeals to a bag woman who earlier offered him a hambone for help, but the Prince, who is nearly as unpleasant as Zax, hisses at Benji about his destitute pal, “She can’t help us! She can’t even help herself! Look at her!” which suggests that a better title for the show would be Benji And The Two Classist Assholes From Outer Space. Even more running and chasing follows, as the show attempts to stretch about five minutes’ worth of teleplay and dialogue into an insanely padded half-hour of quasi-entertainment. Benji ends up saving the day, of course, though he’d be better off letting these interplanetary jerk-offs get captured and tortured relentlessly.

Benji, Zax & The Alien Prince is a testament to the notion that children will watch anything involving animals, children, and robots, even if it’s glacially paced, filled with dead time, and burdens a charming mutt with a pair of charmless sidekicks. Benji was a very good boy—and movie star—with the misfortune to be saddled with a very bad TV show.