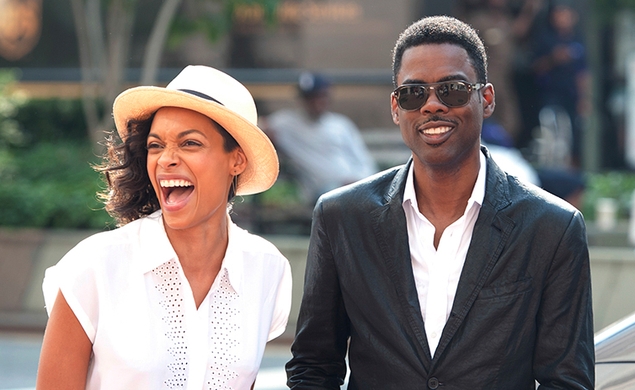 Chris Rock is, at least in my opinion, the greatest stand-up comedian of the last 25 years. But in spite of brilliant material (and a deep love of movies), Rock’s yet to find the right cinematic vehicle for his comedy. His two directorial efforts to date, Head Of State and I Think I Love My Wife, were uneven (if well-intentioned) misfires, and neither even approached the level of insight or humor of his stand-up specials. Happily, reports out of the Toronto International Film Festival over the weekend say his new movie, Top Five, is his first real unqualified creative success. The Hollywood Reporter called it “an uproarious celebrity self-portrait,” while Variety credited Rock with crafting a “candid, fresh, ferociously funny snapshot of life in the celebrity bubble.” It took him a few tries, but it seems like Rock finally managed to marry his voice to a movie.

If the “immediate bidding war” that ensued after Top Five’s première in Toronto over the weekend is any indication, most of the studios in Hollywood agree with that assessment. THR reports that when the dust settled, it was Paramount that was proceeding in “exclusive talks” for the rights to Rock’s movie, “in a deal that could approach $15 million.” In Hollywood, as in Internet publishing, everyone loves a list.

Here’s how the Toronto fest website describes the film:

“In Top Five, Rock plays Andre Allen, a successful comedian and movie star who, having had his work recently savaged by a New York Times critic, is now in need of a hit. His fiancé (Gabrielle Union) wants him to help boost her reality TV show, while his agent, played by the rocket-fueled Kevin Hart, tries to guide him to the next blockbuster. But what Andre really wants to do is make a serious, important film about the Haitian revolution. So he lets the Times back into his life, hop[ing to revitalize his image with a profile written by the whip-smart, irresistible journalist (Rosario Dawson). It’s the beginning of a beautiful sparring match.”

The film also includes cameos from Rock’s comedy buddies Adam Sandler and Jerry Seinfeld, which could help boost its profile on the arthouse circuit. The deal isn’t final yet, so it’s too early to anticipate a release date or pattern—but for Chris Rock fans it’s not too early to anticipate that Top Five could launch his career as a major comedy director.