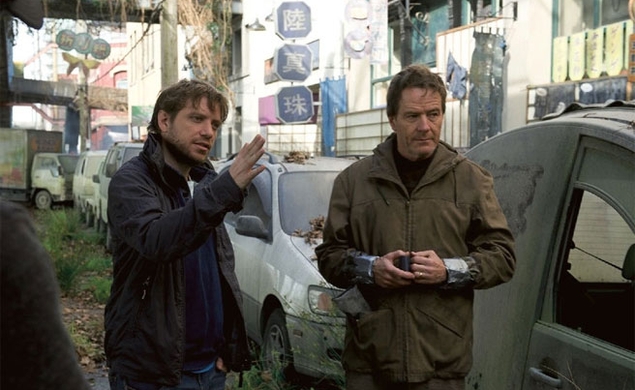 A long time ago in a galaxy far, far away—okay fine, it was 16 days ago—Disney confirmed its plans for “at least three” new Star Wars spinoff films, which will put the spotlight on existing characters from the earlier episodes. None of the subjects of these spinoffs are confirmed, but rumors have ranged from Boba Fett to Yoda to a young Han Solo. (Noel Murray and I chimed in with our own suggestions as well.) Basically, once Disney ramps up production in 2015, you can expect a new Star Wars movie of some kind every single year until the sun dies.

The first spinoff is due in December 2016, the year between J.J. Abrams’ Star Wars: Episode VII—Attack Of The Space Camels—and Episode VIII. According to The Hollywood Reporter, it has locked down one of the hottest directors in Hollywood: Gareth Edwards, who just turned the second American version of Godzilla into a mammoth hit. Edwards’ statement on the news to THR:

“Ever since I saw Star Wars I knew exactly what I wanted to do for the rest of my life—join the Rebel Alliance! I could not be more excited and honored to go on this mission with Lucasfilm.”

Disney and Lucasfilm remain tight-lipped about the star of this spinoff (or, as StarWars.com calls it, this “stand-alone film”), but its screenplay will be written by Gary Whitta, the writer of The Book Of Eli and, although the StarWars.com press release doesn’t mention it for reasons I can’t fathom, After Earth. Edwards and Whitta have a firm release date, too: December 16, 2016.

Your reaction to this news will likely be varied. Did you dig the new Godzilla, and also love Star Wars? You’re over the moon right now. Did you hate the new Godzilla but love Star Wars? You’re probably freaking out about the possibility of Aaron Taylor-Johnson as Boba Fett. (Like me!) Did you like Godzilla, but find Star Wars an overrated relic from a generation that refuses to grow up and let it go already? Then you’ve got to be at least a little bummed that Edwards won’t be around to direct Godzilla 2.

Both Edwards’ Godzilla and his first film, the low-budget indie Monsters, focused on ordinary people surrounded by the madness and chaos of large-scale monster attacks. It’s hard to imagine a Star Wars movie made in that style—foregrounded characters, backgrounded special effects—which is why I sort of love it. That’s also why it won’t happen, and why Edwards’ movie will probably just be about Yoda flipping around with his little lightsaber. But a human drama set on, say, the Death Star in the days before it exploded could be kind of awesome.