Prolific screenwriters Alex Kurtzman and Roberto Orci are splitting up 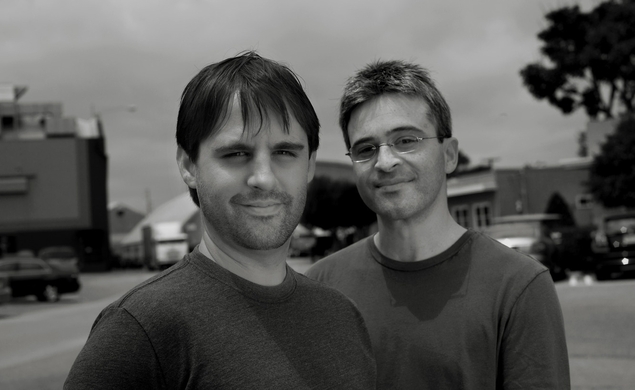 Writers and producers Alex Kurtzman and Roberto Orci got their start in Hollywood on syndicated ’90s series like Hercules: The Legendary Journeys and Xena: Warrior Princess. From there they hooked up with J.J. Abrams on his spy series Alias, and then made the leap to the big screen, working on films like The Island, the first two Transformers films, Cowboys & Aliens, and Abrams’ Mission: Impossible and Star Trek films. They’re two of the busiest men in Hollywood; they worked on three films in 2013—Star Trek Into Darkness, Now You See Me, and Ender’s Game—and have two more movies coming in 2014, including next month’s The Amazing Spider-Man 2.

Kurtzman and Orci had already agreed to help Sony build a universe of Spider-Man movies, and to do something similar with Universal’s classic movie monsters, but at least some of that stuff is now in flux with the news, via Variety, that the pair is splitting up. Though they’ll continue to team on television projects like Fox’s Sleepy Hollow, Kurtzman and Orci will work separately on films. Variety says it’s unclear how all of their various commitments will be divided up, but each half of the former duo is already working on different material:

“Orci is currently laser focused on the upcoming Star Trek 3. He’s already been tapped to pen the picture along with Patrick McKay and John D. Payne and he’s heavily lobbying to direct the production. The film’s co-producers, J.J. Abrams’ Bad Robot and David Ellison’s Skydance, appear to be in favor of that, but people familiar with the situation say that Paramount is being cautious. If Orci were to land the assignment, Star Trek 3 would mark his directorial debut.

Meanwhile, Kurtzman has been tapped to direct Venom, Sony’s Spider-Man spinoff. He wrote the script with Orci and Ed Solomon… Kurtzman is also working on a solo deal with Universal to oversee monster movie franchises that include The Mummy and Van Helsing.”

The fact that Kurtzman is directing Venom is fairly significant news in its own right, as would be Orci in the director’s chair for Star Trek 3 if that actually happens. I haven’t been a huge fan of most of Kurtzman and Orci’s work (though I would watch the hell out of Now You See Me again if you put in front of me along with some alcohol), but there’s no question they’ve become a major force in mainstream filmmaking in recent years. This breakup will have some significant ramifications on the future of Hollywood. Will they divide and conquer or divide and make twice as many Cowboys & Aliens? Let’s hope for the former.