The worst trend of 2013: Movie titles’ journey into darkness 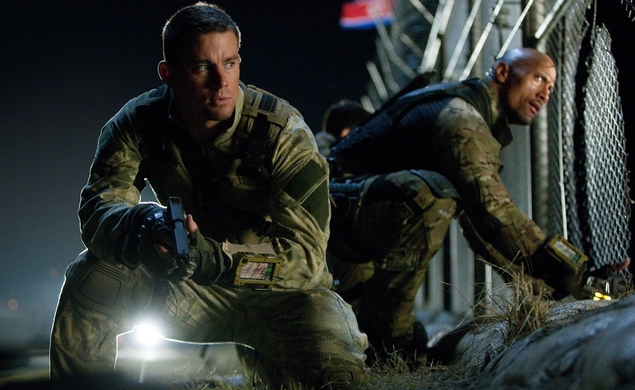 They’re not unusual, however. In recent years, Hollywood movie titles have gotten increasingly long and ugly, distending into random jumbles of pointless clauses and punctuation. In 2013, we got Thor: The Dark World, Percy Jackson: Sea Of Monsters, and The Mortal Instruments: City Of Bones. That came on the heels of 2012, when theaters screened Underworld: Awakening, Ice Age: Continental Drift, and Silent Hill: Revelation 3-D. 2011 had Sherlock Holmes: A Game Of Shadows and Pirates Of The Caribbean: On Stranger Tides. It also had Mission: Impossible—Ghost Protocol, which has a colon and a dash and a two-word nonsense phrase. (“Ooh, honey! This one’s about the ghost protocol!” Now we have to see it!”)

The only thing worse than these endless colon-filled titles are the endless colon-filled titles that leave out the colon. That includes grammatical nightmares like Oz The Great And Powerful and off-putting almost-sentences like Star Trek Into Darkness. If it’s Terminator Salvation instead of Terminator: Salvation, does that mean the terminators are the ones who need salvation from the wicked humans? Or is it about a particular terminator named Salvation? It’s a little confusing.

Comic-book movies like Man Of Steel: Knight Falls On Metropolis are typically the worst offenders. A brief list of the usual suspects: X-Men: First Class, Captain America: The First Avenger, and Ghost Rider: Spirit Of Vengeance. In the months ahead, we’ll get X-Men: Days Of Future Past and Captain America: The Winter Soldier, followed by The Avengers: Age Of Ultron. The oddest part of this phenomenon: the comics these movies are based on are all numbered. The latest issue of Wolverine And The X-Men is #39, not Wolverine And The X-Men: Days Of Future Past.

The obvious question here is why: Why does it have to be G.I. Joe: The Rise of Cobra and G.I. Joe: Retaliation instead of G.I. Joe and G.I. Joe 2? What does the Wall Street sequel gain from a gibberish subtitle like Money Never Sleeps? Does the Bad Lieutenant sorta-reboot get any kind of visibility boost from adding the phrase “Port Of Call—New Orleans” to the end of it? At best, these titles are completely forgettable. At worst, they’re memorable only because they’re completely laughable.

The rise of subtitles can be traced directly to the rise of Hollywood’s obsession with turning every movie into a potential franchise (or universe of franchises), and to the unprecedented success of the Harry Potter series, where each movie had its own unique (albeit colon-less) subtitle: Harry Potter And The Chamber Of Secrets, Harry Potter And The Order Of The Phoenix, Harry Potter And The Merchandising-Friendly Quidditch Tournament, and so on. In that case, and in the best-selling book series adaptations that followed like Twilight, the colon ensured continuity between entries.

Ideally, a numeric title indicates a sequel while a colon in a title indicates the latest chapter of a larger story that was planned all along. So The Hunger Games: Catching Fire isn’t the sequel to the first Hunger Games, it’s the continuation of the first Hunger Games. At least that’s how it should work in theory. In practice, Hollywood has long since abandoned only using colons for movies that are truly chapters in a larger story and started attaching them to sequels to make them seem like chapters in a larger story. But anyone who believes Big Mommas: Like Father, Like Son was all part of an elaborate, multi-tiered Big Momma’s House saga is kidding themselves (and also expending a lot of mental effort on a Martin Lawrence sequel).

Numbers are cleaner, simpler, and easier to understand. In 50 years, these titles are going to be utterly baffling to people. “X-Men: The Last Stand, that must be the last movie right?” “Nope, they made three more after that one.” Numbers make it clear that a sequel is a sequel, and tells you exactly which sequel in the series it is—which could be why Hollywood doesn’t like them anymore. It produces so many sequels these days it’s almost embarrassing. The subtitles fudge the awful truth a little bit.

Because the studios are so driven by universes and franchises, this problem is going to get worse before it gets better. A quick glance at the 2014 release calendar promises Paranormal Activity: The Marked Ones, Jack Ryan: Shadow Recruit, 300: Rise Of An Empire, Planes: Fire & Rescue, Transformers: Age Of Extinction and more. It’s a bit early to call now, but it looks like the worst movie trend of 2013 could also be the worst movie trend of 2014. If that happens, look for a redux of this column on The Dissolve next December, published under the headline “The worst trend of the year: Movie titles’ journey into darkness—ghost protocol.”