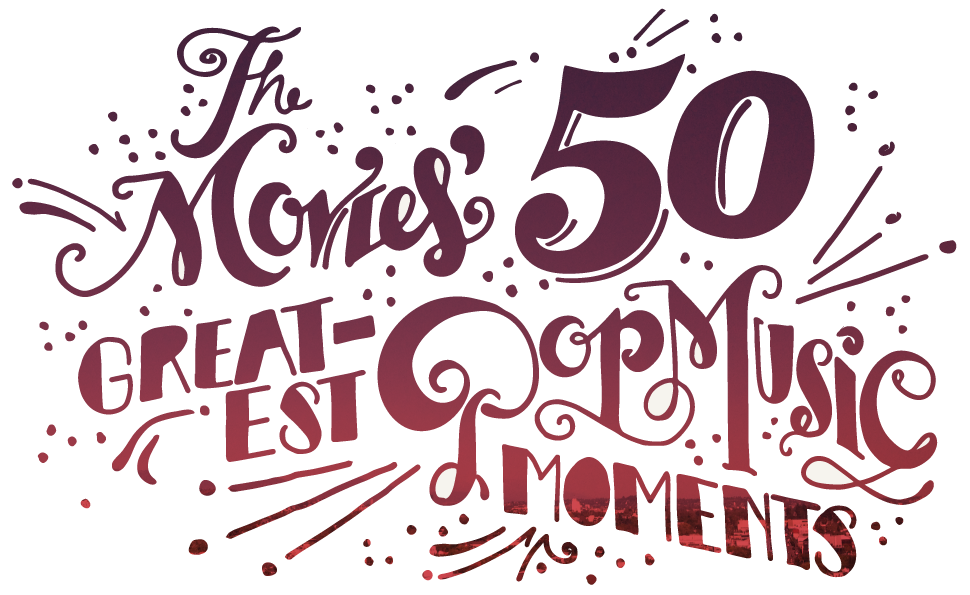 In the final moments of 2007’s Walk Hard, Eddie Vedder introduces “Beautiful Ride,” the magnum opus of Dewey Cox (indelibly played by John C. Riley), as the fake music legend’s “final masterpiece that will sum up his entire life.” It’s a spot-on parody of both the breathless hyperbole of rock mythology (and rock biopics) and Vedder’s own tendency toward pretension. That’s an awful lot for any song to live up to, but “Beautiful Ride” matches the hype. It’s a sweeping, strings-laden ballad that’s poignant and heart-tugging almost in spite of itself, a self-consciously big song about a man coming to terms with the sum of his life and the hard lessons incurred along the way as he stands on the brink of death. It’s a stirring climax that doubles as a parody of a stirring climax, with Cox’s life flashing by him. It’s the perfect ending, not just to the film, but also to its subject’s life, as the film reveals that Cox died exactly three minutes after his first and last performance of “Beautiful Ride.” At least he went out on a high note. —Nathan Rabin

“I’ve Got You Under My Skin” by Sammy Davis Jr.

Fight sequences and dance sequences have a lot in common: They both involve intricate choreography, require actors with specific and rare physical gifts, and represent motion pictures at their most pleasurably literal. The parallels between fights and dances are made explicit in this ingenious scene from Mark Neveldine and Brian Taylor’s Gamer, a science-fiction film set in a world where videogame technology has advanced to the point where players can remote-control real people (called “Slayers”) in deadly combat. In this sequence, champion Slayer Kable (Gerard Butler) confronts the game’s creator, Ken Castle (Michael C. Hall), who has a small army of cronies under his mental command. Set to the utterly appropriate sounds of Sammy Davis Jr.’s rendition of the Cole Porter standard “I’ve Got You Under My Skin,” Castle and his minions boogie and bop like refuges from the creepiest Busby Berkeley film ever made, then break formation to test Kable in hand-to-hand combat. Hall dances like a puppet on strings, playing up the themes of control inherent not only in gaming, but also in fight and dance choreography. Gamer is a moderately satisfying action film with a few provocative science-fiction concepts, but the “I’ve Got You Under My Skin” sequence burrows into the subconscious and stays there. —Matt Singer

The Grammy-nominated “Paper Planes” is M.I.A.’s best claim to a crossover single, thanks largely to its high-profile association with two films in 2008. Pineapple Express got to the Clash-sampling Kala track first, prominently featuring the song in its ad campaign, but Danny Boyle’s sleeper hit Slumdog Millionaire ultimately did better by “Paper Planes” in the long run. The Oscar-sweeping film mixes classic and modern music from India, spearheaded by Indian-cinema mega-producer A.R. Rahman, but Boyle wanted M.I.A.’s song in the mix from early on. It fits right in with the songs and film surrounding it, thanks to Diplo and Switch’s worldbeat-referencing production and M.I.A.’s lyrics, particularly the anthemic chorus, which features a chorus of little kids crowing that they’ll “take your money.” In a cinematic testament to literalism, Boyle paired the song with a montage sequence of kid brothers Salim and Jamal hustling for food and money. M.I.A.’s buoyantly downbeat mercenary anthem nicely encapsulates the contrast between the panoramic visuals of a train chugging through the Indian countryside (a possible nod to the Rahman-scored 1998 Hindi film Dil Se, which was a crossover hit in Boyle’s U.K.) and the tiny, dirty kids riding on top of it, scuttling from con to con just to stay alive. —Genevieve Koski

“The Rhythm Of The Night” by Corona

In one of the most audaciously unexpected final scenes ever conceived, Claire Denis’ 1999 allegorical revenge tale Beau Travail abruptly ends with a French Foreign Legion officer (Denis Lavant), who’s spent the entire movie as a seething, barely mobile repository of envy and spite, standing by himself on the floor of a mirrored, colorful disco. As Corona’s 1993 hit “The Rhythm Of The Night” plays, he paces, smokes his cigarette, makes one tentative dance move, then another, then finally lets every emotion he’s ever repressed burst forth in a frenzy of spastic motion. If there’s a dance sequence in movies more electrifyingly unhinged, it must involve physical injury. —Mike D’Angelo

In Leos Carax’ 1986 futuristic noir about a mysterious plague affecting those who make love without emotional involvement, David Bowie’s hard-driving pop anthem “Modern Love” initially seems to make the young criminal Alex (Denis Lavant) physically ill, as he starts staggering down the street, beating his stomach with his fists. As he keeps moving, however, his steps gradually become freer, his movements more graceful, until he’s running at full speed to the music, the camera barely able to keep up. It’s a portrait of pure, irrepressible joy—all the more potent for the way it’s suddenly interrupted, as the song cuts off and Alex skids to a halt. Though Mauvais Sang is a relatively obscure film, this particular scene makes an impression; Noah Baumbach’s Frances Ha features a blatant homage in which Greta Gerwig dashes through New York to the same tune. —Mike D’Angelo