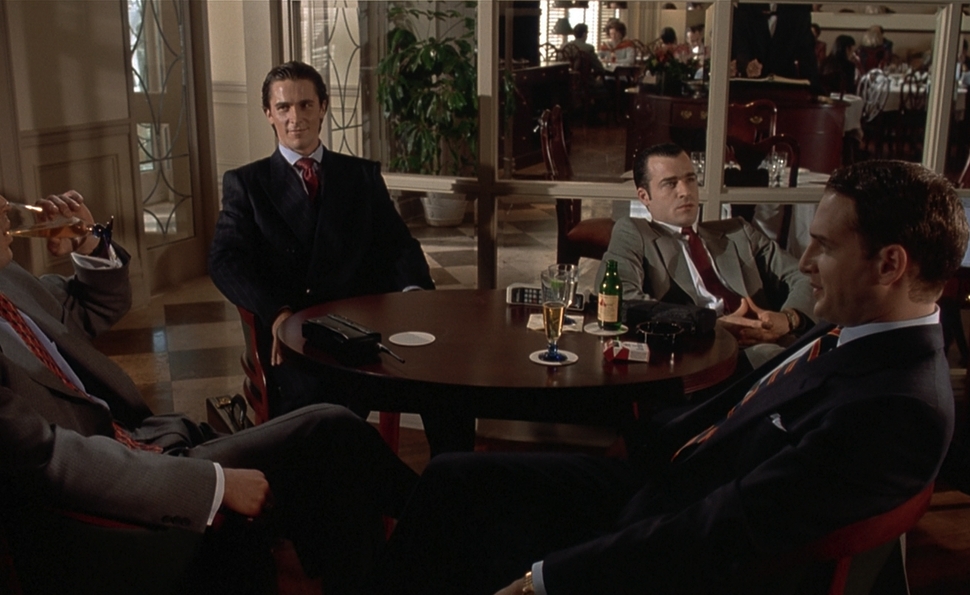 American Psycho put Patrick Bateman, and the world he called home, under a microscope

In a 2010 interview with Movieline, Bret Easton Ellis, author of the novel American Psycho and a provocateur with the kind of personality that transforms admirers into apologists, argues, “There’s something about the medium of film itself that I think requires the male gaze.” He elaborates, for the benefit of insufficiently offended people, “I think it’s a medium that really is built for the male gaze and for a male sensibility.”

Ellis’ statements help explain why he wasn’t overly pleased with the much-liked 2000 adaptation of American Psycho, directed by Mary Harron and co-written by Harron and Guinevere Turner, both of whom shamefully and unforgivably lack the penises, male gazes, and sensibilities that, by Ellis’ reckoning, would let them flourish in the medium of film. With American Psycho, I Shot Andy Warhol director Harron went from chronicling the life and times of radical feminist Valerie Solanas, the author of the SCUM (Society for Cutting Up Men) Manifesto, to making a movie about a deranged misogynist who’s a one-man society for cutting up women.

Harron and Turner created a film that doesn’t leer or ogle its cast, male or female. The only fetishized body in the film belongs to Patrick Bateman (Christian Bale), and despite its sinewy, well-muscled perfection, it isn’t eroticized. Harron’s camera doesn’t treat Bateman’s body as a sexual object so much as an expensive, complicated, difficult-to-maintain machine, like a sports car or a high-end espresso maker, susceptible to breaking down and losing value over time. 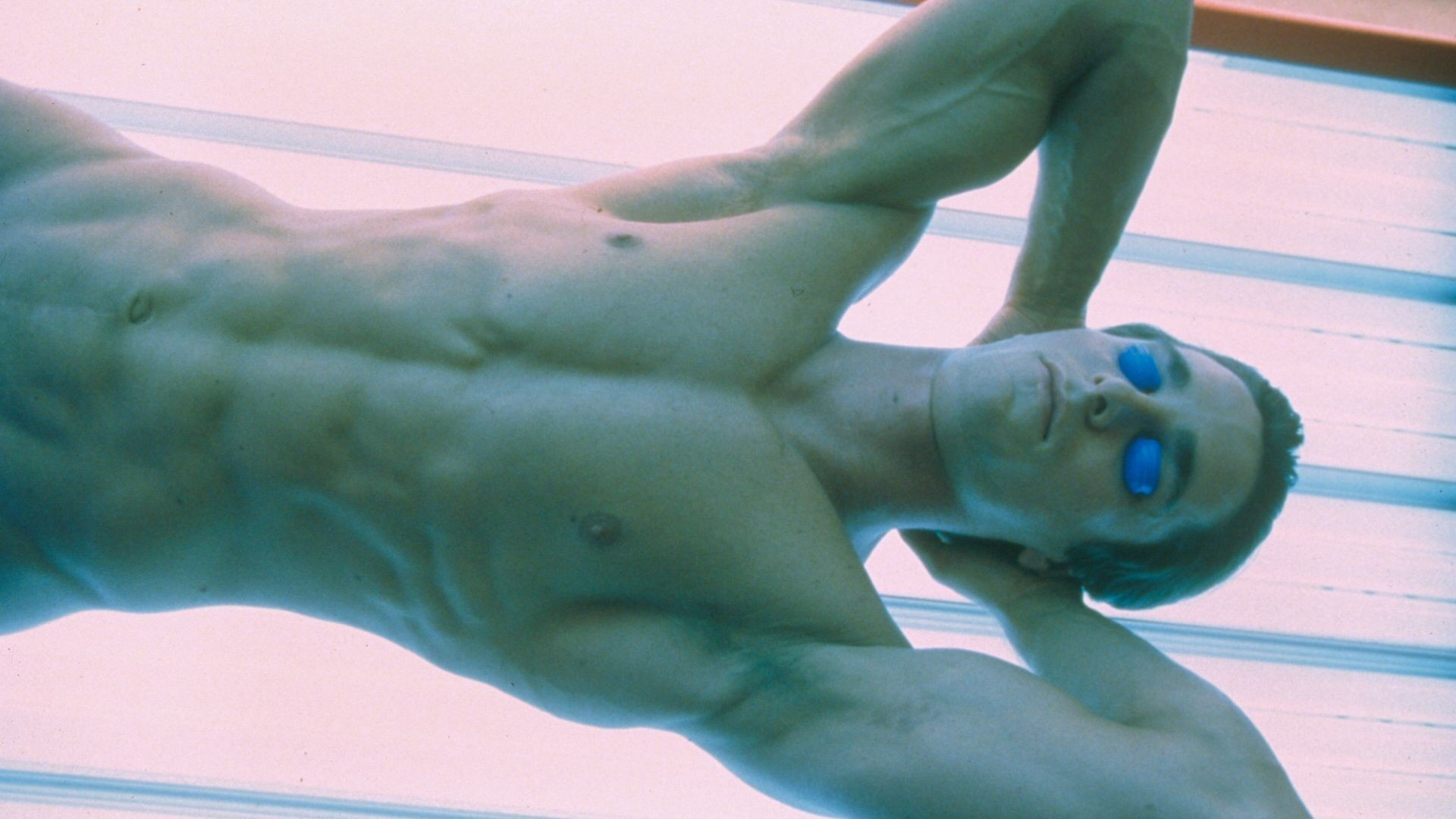 As Ellis has only really acknowledged over the past few years, American Psycho was an exceedingly personal novel. It represented his attempt to make sense of the decadent, spiritually empty life he led throughout the 1980s, to purge his own demons as much as the culture’s. Ellis wrote the character of Patrick Bateman from the inside out, but when Harron and Turner came on board, they conceived of the character from the outside in. Bateman was too uncomfortably close to Ellis for him to admit at the time, but Harron and Turner approach him from a satirical, anthropological distance, one most likely enhanced by their gender. (Turner is also a lesbian whose most prominent credit pre-American Psycho is as the co-screenwriter and star of the groundbreaking but strangely forgotten 1994 lesbian romantic comedy Go Fish.) They viewed Bateman from across what Ellis seems to feel is an essential, damaging gender divide. Even Bale, a white heterosexual male, approached the character from a distance; he was a child actor in Great Britain when Ellis was leading a Bateman-style existence in the 1980s, and his performance has a theatricality and goofiness that further distances the actor from the character he’s playing.

Though Bateman narrates the film, American Psycho’s masterfully sustained tone of chilly detachment makes it all but impossible to see the world through his eyes. Bateman is a stranger, a phantom even to himself. His gleaming apartment is not a home for a human being to live in so much as an antiseptic museum of contemporary horrors, with the sentient wax figure of Patrick Bateman as its primary exhibit. The film pins Bateman against the wall like a hunting trophy.

The filmmakers don’t let audiences take any pleasure in Bateman’s misdeeds, secure in the knowledge that the film’s pleasure can be found elsewhere. There’s no guilty, illicit thrill at the sight of this madman rampaging naked with a chainsaw, only horror. Viewers are never laughing with Bateman, just at him. Protagonists tend to win sympathy and identification by default; audiences spend so much time with them that it’s natural to identify with them. That goes double for narrators, but in American Psycho, it’s nearly impossible to identify with Bateman until a third act when his “mask of sanity” shatters and he grows desperate, panicked, and, for the first time, almost human. (And even then, only almost human.) Only in these moments does Bateman seem at all vulnerable, and that in itself almost feels like a violation. 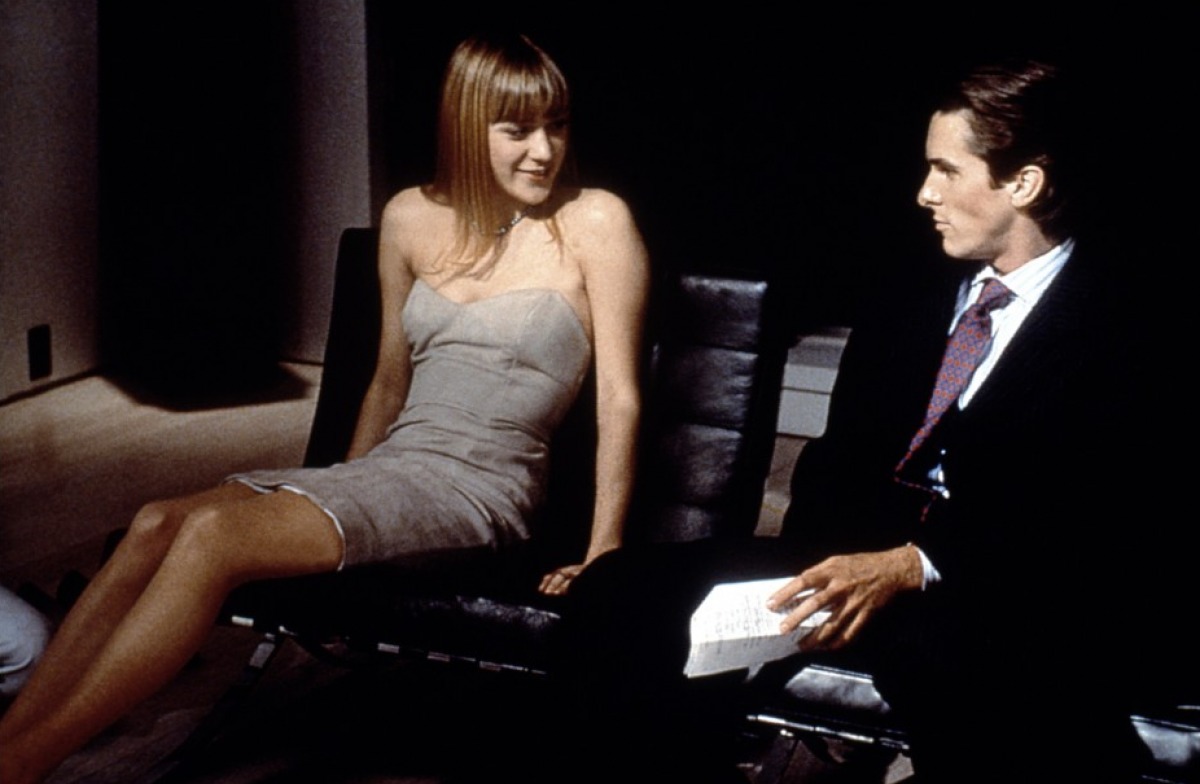 Patrick Bateman and his coterie of sneering Wall Street compatriots treat women like interchangeable outlets for their sexual release. Specifically, to use their own indelible turn of phrase, they look for women prepared to “satisfy all sexual demands without being too slutty about things.” So there’s a sly, subversive joke in the film treating Patrick and all his friends as so interchangeable that seemingly no one can tell them apart, including themselves. The men all have similar haircuts, wear timelessly stylish Brooks Brothers suits, do the same drugs in the same nightclub bathrooms, come from the same Ivy League schools, and fuck the same women. Bateman is supposedly the worst of them, but they all seem to be roughly the same, and given what we know about Bateman, that’s horrifying in its own right. Throughout the film, he and his peers blur together into one big, stylishly dressed, immaculately coiffed blur of white male privilege and entitlement run amok. These wolves of Wall Street joke that there are no women with good personalities, but they could just as easily be talking about themselves.

The sneering sexism of Bateman and the world he inhabits robs both genders of their fundamental humanity. Bateman habitually robs the women in his life of their agency, sometimes in the condescending form of ordering at restaurants for the women he’s with, lest he be confronted with someone else eating food he does not condone. At work, he tells Jean (Chloe Sevigny), his mousy but adoring secretary, to start wearing high heels and tight clothing, because, as he says when ordering her to ditch one professional outfit, “You’re prettier than that.” When he hires prostitutes, he immediately gives them new names. It isn’t enough for them to satisfy all his violent, degrading sexual fantasies in exchange for money they’ll never live to spend; he needs control over their identities.

Bateman’s enormous but paper-thin ego is so fragile that all it takes to completely destroy his sense of self is the revelation that a colleague has a nicer business card. If he isn’t the guy with the best of everything, then what is he? He’s nothing, which is what Bateman knows he is deep down at his core; a ghostly shape where a soul and consciousness should be.

The culture that creates Patrick Batemans habitually strips women of their humanity and autonomy, reducing them to nameless, faceless one-night stands. American Psycho takes this dehumanization of women to its grotesque, satirical extremes. Bateman doesn’t just neglect to recognize women’s humanity, intelligence, and dignity; he sees them as squirming piles of meat, waiting to be dissected. He’s the frat-boy date-rapist as 1980s Jack The Ripper. Society let people like Bateman get away with murder in the 1980s, metaphorically speaking. It let them collect unconscionably huge salaries, and drink, drug, and whore with impunity, knowing they were protected by power and wealth. In American Psycho, Bateman also literally gets away with murder. He’s so protected by privilege that even when he tells people he’s a psychotic maniac who has killed before and will kill again, as he does throughout the film, people ignore him or simply don’t believe him.

Bateman is protected by a society that simply refuses to believe a handsome white man in an expensive suit would commit shocking acts of violence. When a man begins life that high up, he can only ever fall so far. Patrick Bateman, the phantom who narrates the story, yet says he doesn’t exist, embodies something evil, awful, and violently arrogant about white men in America. Patrick Bateman was there at the Overlook Hotel with Jack Torrance, he was snorting lines with Bret Easton Ellis at Bennington College, he was swilling cocktails with Don Draper, and he was directing his cold, clammy gaze at Jordan Belfort as Belfort built an empire.

Jean is the only woman in Bateman’s life he seems to have any genuine feeling for, but even that comes with strict limitations. Bateman is defined by his complete lack of curiosity in anyone else’s life or opinions. Before he murders an older, black homeless man, he says, “I don’t have anything in common with you,” as if that alone justifies murdering him. But as the film approaches what would be an endgame for anyone other than Patrick Bateman, he finally musters up the decency to ask Jean, whom he’s invited into his apartment for what could be a consummation of their relationship or her brutal murder, “What do you want to do with your life?” Then, as if catching himself behaving like a human being, he clarifies, “Just briefly. Summarize.”

For Bateman, life isn’t a dialogue, it’s a monologue. Throughout the film, viewers see him as he sees himself, but also as others see him—as in the look of recognition two prostitutes shoot each other when he begins to pontificate about the pop music of the day, as he is wont to do. It’s a look that says, “Ugh, can you believe how full of himself this guy is?”, a look people have historically given each other when some blowhard drones on and on, although it’s generally not followed by violence.

In the end, Patrick is alone, permanently locked in a prison of self because the world is just too accommodating to put him in an actual prison, there’s a great deal of ambiguity as to how much of the film’s action is a product of Patrick’s feverish imagination. Patrick ends his story by insisting that no spiritual growth or learning has occurred over the course of the narrative, that “this confession has meant nothing,” because he’s stubbornly unwilling to analyze himself or his place in the world. Privilege and entitlement thrive when the privileged and entitled refuse to acknowledge or examine that privilege, instead seeing it as the natural order. Patrick may be blind to the cultural forces that shape his monstrousness and evil, but Harron and Turner bring to the film an essential, subversive distance that allows us to see him clearly.

Tune in tomorrow as our American Psycho discussion continues with a staff Forum on the film’s dark sense of humor, its particular stance on macho, and its opinions on Huey Lewis And The News. And on Thursday, Tasha Robinson will look at the film’s internal reality, and how “Is this real?” films divide fans.