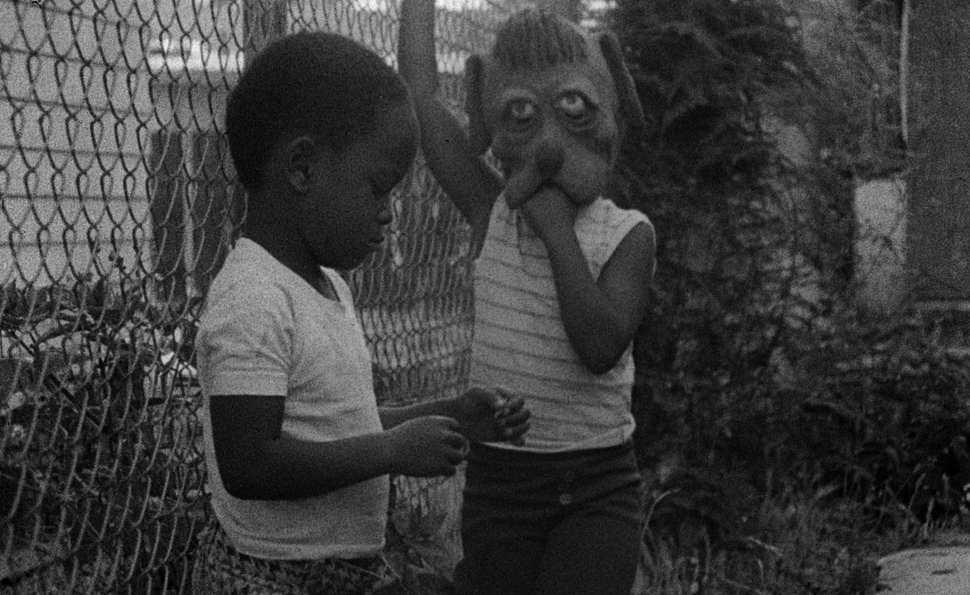 Curtis Hanson’s L.A. Confidential is a great movie. In a world where Paramount forced James Cameron to meet Titanic’s original July release date instead of holding it until December to complete the special effects, L.A. Confidential probably would have won the Academy Award for Best Picture in 1997. A dense but coherent adaptation of an allegedly unadaptable novel by James Ellroy, and a brutal indictment of America’s obsession with nostalgia and mythmaking, Hanson’s film is widely regarded as one of the best ever made about the city of Los Angeles.

Widely, but not uniformly. One of L.A. Confidential’s toughest critics was author, filmmaker, and California Institute Of The Arts professor Thom Andersen. Andersen objected to the film’s use of the abbreviation for Los Angeles, which he considers a pejorative, and to its depiction of the city’s Lovell Health House, a major work of modernist architecture in the International style, as the home of the film’s pornographer and pimp, Pierce Patchett. But mostly, he told FilmInFocus in 2010, he rejected its “ideology of suggesting that people [in Los Angeles] are powerless,” where “everything happens as part of a conspiracy that takes place out of view.”

Andersen poured his frustrations into a lecture he gave at CalArts, then expanded them further into Los Angeles Plays Itself, an epic 169-minute video essay on Los Angeles’ life onscreen in all its myriad incarnations. L.A. Confidential may be a great movie about Los Angeles, but Los Angeles Plays Itself is an even better one, making it perhaps the finest example in history of Jean-Luc Godard’s theory that the best way to criticize a movie is to make another movie.

In Andersen’s case, he made another movie out of the original movie—and dozens of others. Presaging a million YouTube supercuts, Los Angeles Plays Itself deftly weaves together clips from decades of films set and shot in Los Angeles to tell the story of the city in cinema. It was a continuation of a technique he previously used (with co-director Noël Burch) in 1995’s Red Hollywood, which blended talking-head interviews with members of the Hollywood blacklist and extensive archival clips to show how their ideology influenced their work. With Los Angeles Plays Itself, Andersen pared down his aesthetic further, eliminating the interviews and focusing entirely on clips and commentary, written by himself, but read by Encke King.

King delivers Andersen’s words in a deadpan monotone. His voice is hushed but hard as he intones the film’s introduction:

This is the city: Los Angeles, California. They make movies here. I live here.

Although he rejects Chinatown, L.A. Confidential, and many other film noirs’ misrepresentations of his beloved city, Andersen casts himself (with King as his gritty, grumpy proxy) as equal parts film critic and film-noir gumshoe; gathering clues, connecting the dots, and discovering the hidden meaning beneath deceptively placid surfaces. “Movies bury their traces,” King grumbles a few minutes later, essentially accusing an art form of behaving like a heavy in a Raymond Chandler mystery. From the beginning, Andersen co-opts noir tropes to subvert and deflate noir messages.

Like a detective, Andersen follows his leads wherever they take them, sometimes down seeming dead ends. His assertion, for instance, that “silly geography makes for silly movies” initially yields some amusing clips and little else. True, the key chase scene of the 1986 Sylvester Stallone cop movie Cobra jumps from the Venice canals to the Los Angeles harbor 30 miles away. But only someone as attentive to Los Angeles’ geography and history as Andersen would recognize that, or care about it. Cobra is certainly a silly movie, but “silly geography” is the least of its problems. This, after all, is a movie about Sylvester Stallone fighting a cult whose entire belief system is founded on axe murder.

But like Sam Spade (or Cobra’s Marion Cobretti, for that matter), Andersen refuses to quit. Later, he shows how a similarly themed movie (Robert Aldrich’s Kiss Me Deadly) is enhanced by its more serious approach to the city; its hero, Mike Hammer, has a real address, and visits real places shot in their actual Los Angeles locations. The film’s verisimilitude heightens its ending’s dreamlike qualities: This deranged nuclear nightmare is happening in our world, and that makes it all the scarier.

In CalArts lectures, Andersen has argued that “as a rule, reality is richer than our imaginations.” It’s a bold, outrageous statement. Reality richer than Blade Runner, Avatar, or Star Wars? It seems impossible. But after deflating the absurdities of films like Marlowe, Indestructible Man, and Virtuosity for three hours, Andersen closes Los Angeles Plays Itself with an extended look at some of the city’s unsung works of neo-realism, like Charles Burnett’s Killer Of Sheep and Billy Woodberry’s Bless Their Little Hearts. The haunting images of real Los Angeles locations and their residents go a long way toward proving Andersen’s point.

Regardless of whether viewers buy all Andersen’s arguments, his core thought is hard to shake: namely, if it’s possible to appreciate documentaries’ dramatic qualities, it should also be possible “to appreciate fiction films for their documentary revelations.” In doing so in Los Angeles Plays Itself, Andersen not only illuminates oft-forgotten masterpieces like Killer Of Sheep, he also redeems oft-derided pieces of junk like Robert Greenwald’s Xanadu, whose schlocky roller-disco musical numbers mask a touching tribute to the faded glory of the Pan-Pacific Auditorium. It was destroyed in a fire in 1989, and its art-deco beauty is gone forever—except in films like Xanadu. Another section of Andersen’s essay shows how a series of movies (including Kiss Me Deadly) set in and around Los Angeles’ Bunker Hill neighborhood chronicled its depopulation and destruction, rendering these fiction movies important historical documents of a lost place and time. 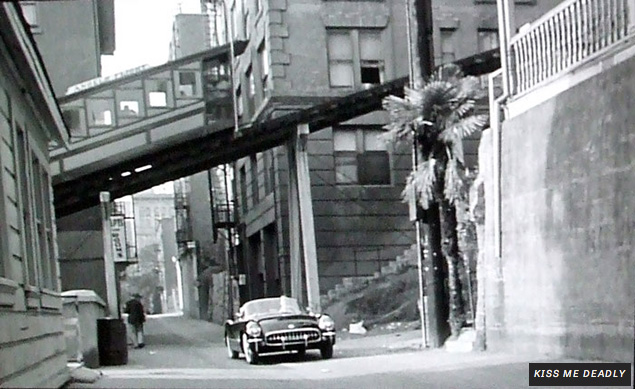 Some of Andersen’s smallest revelations are the most eye-opening. His comparison of the formal rigor of the television series Dragnet with the works of Ozu might make viewers want to revisit the series for the first time in decades. And countless writers have tackled, discussed, and dissected Woody Allen’s Annie Hall, but it took Andersen and his architectural approach to realize that everything Allen wanted to say about the dichotomy between New York and Los Angeles can be summed up by the two movie-theater marquees present in the film: The Sorrow And The Pity in New York, The House Of Exorcism and Messiah Of Evil in L.A. (And to the dismissive Allen, it most surely is “L.A.”)

Here, Los Angeles Plays Itself proves particularly revelatory, not just about Los Angeles onscreen, but also about the importance of attentive viewing in all its forms. We often turn to movies for an escape from the doldrums of reality, and an effective Hollywood movie can often guide us through the paces of its story while exercising the bare minimum of our attention. They’re designed that way; as Hollywood budgets bloat further and further, and Hollywood scripts devolve further and further, many films skate by on a lowest-common-denominator defense: “If you turn off your brain, it’s mindless fun,” some say. Or even worse: “Who cares? It’s just a movie.”

“Movies aren’t about places. They’re about stories,” King says on Andersen’s behalf. “If we notice the location, we are not really watching the movie. It’s what’s up front that counts.” And that’s what the movies want. They don’t want someone to notice the way Cobra’s car chase leaps from Venice to the Los Angeles harbor. Andersen’s call to appreciate movies for their “documentary revelations,” then, isn’t just a suggestion: It’s a call to arms. “It’s just a movie”? No way. Look past the surface. Think about what you’re watching. Los Angeles Plays Itself is a testament to the magic that can happen when you do.

Tomorrow, our Movie Of The Week discussion of Los Angeles Plays Itself will explore the film’s odd subjectivity about movies, its hypnotically droning narration, its thoughts about who gets represented in movies and how, and Thom Andersen's persecution complex on behalf of his beloved city.