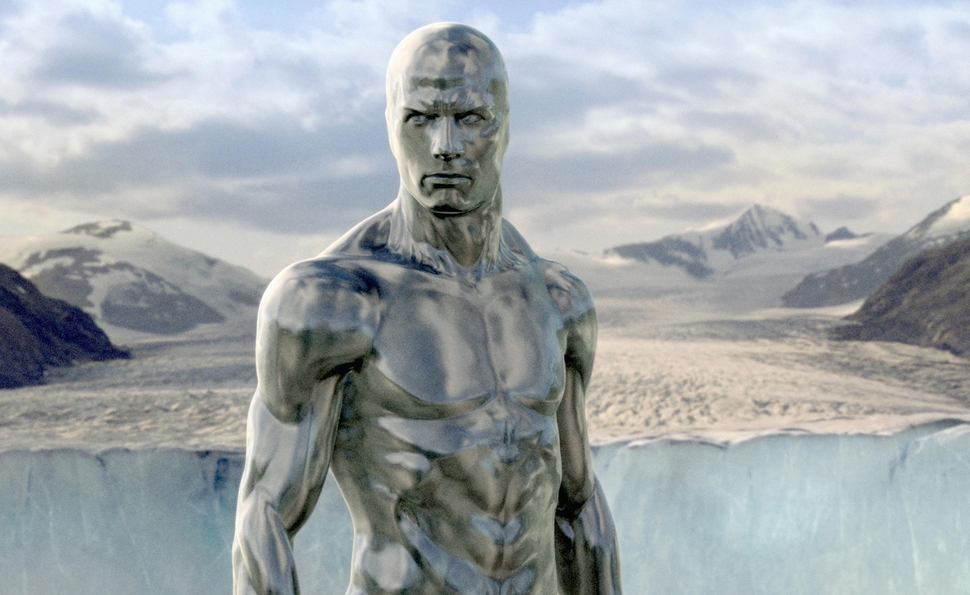 Despite the current centrality of comic-book movies in American culture, I’m not much of a comic-book reader. For me, they’re still just funny-animal stories for children, and until I read an article proclaiming that comic books aren’t just for kids anymore, I can only assume they appeal exclusively to juvenile sensibilities. But I am a voracious consumer of Wikipedia entries about comic books, which is how I get a lot of my information about the topic. And I am still enough of a comics neophyte to get excited about the preposterousness of characters and themes in comic books. A space raccoon who wears people clothes? Consider my mind officially blown. A highly intelligent tree-person who only speaks three words, “I am Groot?” What will they think of next?

Consequently, I’ve become fascinated by a series of intriguingly bizarre, obscure characters. Most recently, I developed an enduring fascination with Dazzler (a.k.a. Alison Blaire), a mutant who can transform sound vibrations into light and energy beams. Dazzler was developed in the late 1970s as a cross-promotional collaboration between Marvel Comics and Casablanca Records, the iconic disco label that gave the world The Village People, Donna Summer, Kiss (which also had its own Marvel comics miniseries), and Parliament Funkadelic. Everything about Dazzler suggested she wouldn’t survive the cultural moment that birthed her. But here’s the crazy thing: She didn’t go anywhere. Once entrenched in the Marvel universe as a sexy mutant with curiously disco-friendly abilities, she starred in her own comic series from 1981 to 1986, became a member of the X-Men, and has stuck around in one form or another ever since.

Watching 2007’s Fantastic 4: Rise Of The Silver Surfer, I wondered how a seemingly limited, unimportant Marvel Universe character like Dazzler could have such a rich second life while an unmistakably important, boundless property like Fantastic Four could be translated into films that feel so limited and unimportant. It’s impossible to overestimate the importance of the Fantastic Four in the development of superhero comics. Co-creators Stan Lee and Jack Kirby used the super-team to take the genre in both a more human, earthbound direction—these were superheroes who loved and bickered like dysfunctional family members, just like us—and into a crazy cosmic world of alien sentinels, world-devouring monsters, and other far-out phenomena. In a world where seeming C-listers like Guardians Of The Galaxy’s Groot and Rocket Raccoon are beloved fixtures of one of the year’s biggest and best films, why does the cinematic Fantastic Four feel like such a halfhearted afterthought?

The first time Fantastic Four was made into a feature film, the result was forgettable by design. In the early 1990s, a version of The Fantastic Four executive-produced by Roger Corman for $1.4 million was made primarily, if not exclusively, as a means of holding onto the copyright for the characters. Possibly there were no real plans to actually release or distribute the film. The Corman Fantastic Four has never legally been available in any form, but The Internet being the Internet, you can now watch it right now for free with the click of a button.

By 2005, however, superheroes were on the upswing again, with the success of Sam Raimi’s first two Spider-Man films and Bryan Singer’s first two X-Men movies driving a wave of new live-action features. Fantastic Four, which had been in development for a decade, came back onto the horizon. The production cycled through several proposed directors—Chris Columbus (who stayed on as a producer), Raja Gosnell, and most promisingly, Down With Love director Peyton Reed. Eventually, Barbershop director Tim Story turned the long-in-gestation Fantastic Four movie into a project of stunning mediocrity. Nonetheless, that mediocrity produced a sequel that earned nearly $290 million in theaters worldwide, making it the 18th biggest picture at the box office in 2007, but it promptly disappeared from view and from memory.

The problem with Story’s Fantastic Four was that he seemed to have no vision for the project beyond delivering a movie that was brightly lit, shot in focus, and acceptable for the whole family. As with most Forgotbusters, I remember almost nothing about the first Fantastic Four except the following: Chris Evans is a lot of fun as the Human Torch, the least angsty superhero in existence; the mask Julian McMahon wears as Doctor Doom looks cheaper and less convincing than the one worn by rapper MF DOOM; and Michael Chiklis delivers the only memorable performance besides Evans’, investing a little gravelly soul into the character of The Thing, a rock-monster for whom it is perpetually clobberin’ time.

The Fantastic Four sequel had a distinct advantage over the original. It was no longer weighed down by the demands of an origin story, so the filmmakers could take the material in whatever direction they choose. In this case, they decided to use the film to introduce Silver Surfer, one of the most fascinating, enigmatic characters in pop culture. The Surfer is also a major figure in Jim McBride and L.M. Kit Carson’s surprisingly fascinating remake of Breathless starring Richard Gere, and his use there speaks directly to his appeal. Gere’s drifter protagonist relates to The Silver Surfer because he identifies so strongly with him: He’s a quintessential outsider, a man without a planet or a home, a vagabond doomed to roam the universe—coolly, but unhappily—as a herald for Galactus, a planet-devouring titan who spared the Silver Surfer’s planet, but only on the grounds that the Silver Surfer work for him and help him find planets to destroy to feed his insatiable hunger for energy. The Silver Surfer is equal parts existential nowhere man, angel, demon, destroyer, Christ-like martyr, and intergalactic athlete. He’s a harbinger of certain doom who arrives in The Fantastic 4: Rise Of The Silver Surfer and causes a series of blackouts throughout the planet as a forerunner of Galactus, who will bring about the end of Earth in a matter of days.

Fantastic Four leader Reed Richards, a.k.a. Mr. Fantastic (Ioan Gruffudd) becomes worried about transmissions he’ll later discover are being emitted by The Silver Surfer, but he’s also distracted by preparing for his upcoming wedding to Sue Storm/Invisible Woman (Jessica Alba). Reed is initially reluctant to get involved with this whole Silver Surfer/saving-the-world-from-Galactus business because he really wants to prove to Sue that he can get married and eventually have a family just like non-superheroes. The balance between the personal and superheroic and the melodramatic and the mundane has long been a cornerstone of Fantastic Four comics, but here, Reed and Sue’s lives are incredibly dull. They’re like the most boring parents anyone has ever known, all grumbly responsibility and adult joylessness. And, honestly, it wouldn’t kill them to postpone their wedding a little for the world’s sake. 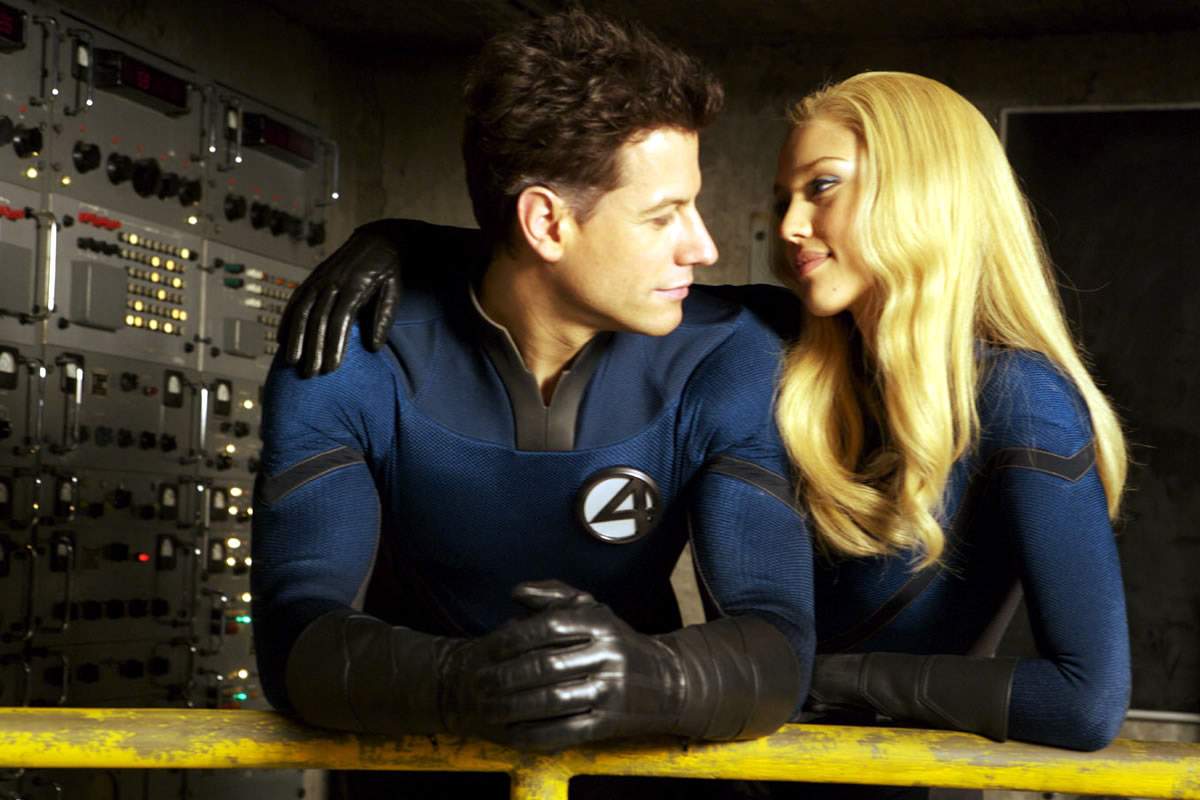 As Richards, Gruffudd combines the magnetism of a particularly somber professor with the action and excitement of a sentient, six-foot-tall slab of Silly Putty. Story’s Fantastic Four films feel like they had to drop to their fourth or fifth casting choice for most roles. Evans is still fun as Human Torch, and Chiklis has his moments as The Thing, but Reed and Sue’s tedium is magnified by the blandness of the actors playing them. In the “trivia” section of Fantastic Four’s IMDB page, I half-expected one of the entries to read, “Every actor in the world other than Gruffudd was originally offered the role of Reed Richards.” And Alba becomes a gorgeous void onscreen. Her complete lack of magnetism becomes its own kind of magnetism.

The charisma the Silver Surfer possesses on the comic-book page doesn’t make it into the film, either. Though voiced by Laurence Fishburne, he’s little but a smooth blur of CGI tethered to some stiff speeches about duty, heroism, and choice. He responds well to Sue Storm because she reminds him of the love he left behind to become the Silver Surfer, but he really doesn’t have much personality. And his boss, Galactus, isn’t even a character so much as a cloud formation. The de-evolution of Galactus from a god-like entity to a meteorological disturbance: That’s The Fantastic 4: The Rise Of The Silver Surfer in miniature. As Rise progresses, Earth moves closer and closer to extinction by way of Galactus, but this is a PG movie, so there’s nothing that might excessively upset the tots. The film only begins to show a pulse when Silver Surfer is in action, and during the many spectacularly silly scenes of Dr. Doom (McMahon, returning from the first movie) riding around on the Surfer’s stolen board.

Rise Of The Silver Surfer is notable primarily for its missed opportunities. Story had a second chance to do right by the Fantastic Four and honor a landmark comic he previously treated as half stupid sitcom, half live-action Saturday-morning cartoon, and again he botched the job. Plans are underway for a reboot in 2015 from Josh Trank, director of Chronicle. In some ways, Trank has an easy job ahead of him: The bar has been set awfully low for movie versions of the tale—if audiences remember the movies at all.

To me, the failed mediocrity of Fantastic 4: Rise Of The Silver Surfer is infinitely worse than the garish, tacky awfulness of, say, Joel Schumacher’s Batman & Robin, because at least the latter left a lasting impression. It has the courage of its convictions, where Rise is gutless and impersonal. Batman & Robin makes wrong choices at every turn, but they’re strong wrong choices, whereas Story and his collaborators invariably steer their material in the safest, blandest direction possible. Batman & Robin’s screaming, intense ugliness is preferable to the yawning void of the Fantastic Four movies.

The Roger Corman version of The Fantastic Four was supposed to be a placeholder, a legally acceptable-enough take on these characters to let the rights-holders hang on to valuable creative property. Story’s Fantastic Four films accidentally feel like they’re placeholders as well, like they were made solely so commercial versions of these characters could exist in cinematic form until someone with an actual vision for this material could finally do justice to Lee and Kirby’s quirky, yet maddeningly and consistently blanded-down creations. Let’s hope Trank is up to the challenge.