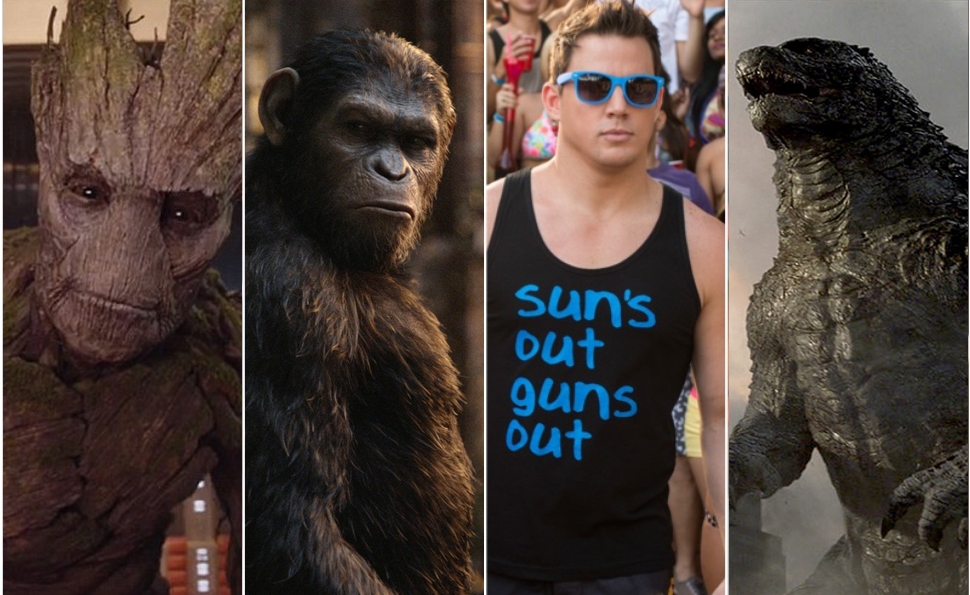 Summer 2014, or how I learned to stop worrying and love the blockbuster

Last week, the great culture writer and author Mark Harris (Pictures At A Revolution, Five Came Back) tweeted a startling fact: “Number of 2014’s 10 highest-grossing movies that are not remakes, sequels, or adaptations of material for children: 0.” He followed up by noting that the Top 5 in 1975—ground zero for the modern blockbuster, courtesy of Steven Spielberg—was Jaws, One Flew Over The Cuckoo’s Nest, Dog Day Afternoon, Shampoo, and a Pink Panther sequel. (The Return Of The Pink Panther—not a classic, but point taken.) Like hundreds of others, I dutifully retweeted—there’s really no way to talk about Twitter without sounding inane, is there?—and enjoyed New Yorker critic Richard Brody’s subsequent rumination about The Grand Budapest Hotel, The Immigrant, and the genesis and fate of original movies made for adults.

This is the Hollywood we’re living with now, a system that relies on big gambles and big grosses, home runs over base hits. It may be unsustainable once enough of those gambles turn up snake eyes, as Spielberg and George Lucas have predicted, but in the meantime, remakes, sequels, and other bankable properties assure the safest return on investment. And with the growth of international markets, the target audience for a studio production isn’t about one demographic or another: It’s about appealing to everyone with a face. Referring to movies as “product” has become to Hollywood what referring to articles as “content” has become to publications: Not distinct acts of creation, just more coal to shovel into our fiery, insatiable cultural maw.

So let’s take it as a given that these developments are bad for movies. Though I have no investment in the success of Warner Bros. Pictures, it was hard not to cringe over reports of tepid box office for Edge Of Tomorrow, one of this summer’s best movies and one of its only “original” ones— “original” in the sense that it’s based on a Japanese light novel that most American viewers have never heard of, much less read. This will no doubt further discourage executives from spending nine figures on anything other than the tried-and-true, which puts Hollywood films and filmmakers into an extremely small box. This has been happening for too long to think about it as a trend; what Harris’ tweet reflects is more a calcification of a business model that’s been evolving since Spielberg made it unsafe to go into the water.

And yet, thinking about it further, I’ve come to this contrary conclusion: This is the wrong summer to bitch about it. Let’s look at the Top 10 as it currently stands:

That’s not a bad list, and it looks even better when Guardians Of The Galaxy inevitably lands somewhere in the top five. Only three titles—Transformers: Age Of Extinction, The Amazing Spider-Man 2, and Maleficent—tip to the wrong side of critical consensus, with only the first two standing as clear avatars for the all that is terrible, oppressive, and creatively bankrupt about the current blockbuster model. The rest leaves little to complain about: Along with Guardians Of The Galaxy, a space adventure that plays like a delightfully off-brand Star Wars, Captain America: The Winter Soldier is the best of the current Marvel cycle; X-Men: Days Of Future Past makes a healthy mutt out of disparate X-Men ensembles; The LEGO Movie and 22 Jump Street testify to Phil Lord and Christopher Miller’s gift for spinning culture-savvy gold out of marketing-department dross; Dawn Of The Planet Of The Apes continues the polished and metaphor-rich revival of a franchise that was declared dead in 2001; and Godzilla triumphantly revives a movie monster that was declared dead in 1998.

It’s odd to think about filmmakers having to work around restrictions in our culture of excess, but having to work within the small box of remakes, sequels, and adaptations of material for children does enforce discipline and creative solutions. Hollywood has become a kind of The Five Obstructions or a bizarro-world Iran in that respect: Filmmakers enter into a system in which they have to abide by an ever-narrowing set of conditions, and must figure out how to express themselves within that system. We can certainly talk about how unhealthy and undesirable that might be for the art of cinema—even mass-scaled, globally minded commercial cinema of the kind produced by Hollywood—and how it leads to a homogeny of style and storytelling, of viewer appeal (young, white, male), and so on, especially in the long term. And perhaps we’ll look back on Summer 2014 as “peak blockbuster,” the season before its creative and financial decline and collapse. But I’ve had a better time at the multiplex this summer than I’ve had in a long time, and a lot of that is owed to filmmakers who have found a way to square their ambition and personality with the assignments they’ve been given.

One key is that genre films have the flexibility to smuggle in ideas that wouldn’t be as viable if they were expressed more directly. The Paramount Pictures of today wouldn’t make The Parallax View or Three Days Of The Condor, but Captain America: The Winter Soldier bakes the spirit of those 1970s paranoid thrillers into a superhero plot that finds Cap confronting a new military-industrial complex—which is every bit as opaque, but tied up in drone warfare and other, more modern forms of extra-legal conspiracy. The revival of the Planet Of The Apes series has gone deeper still with Dawn Of The Planet Of The Apes, which accommodates so many different readings about the global crises and the nature of conflict that the metaphor can be attached to different events at different times. I just caught up with it last week, and emerged from its Simian Flu to a real-world U.S. Ebola scare (albeit a false alarm), on top of Israel and Palestine, Russia and Ukraine, and the other flare-ups of the day. It’s mass entertainment at its most thoughtful, and a leap in political sophistication from the first movie that recalls the Bourne series once Paul Greengrass took over and the spy games were set on more recognizable terrain. 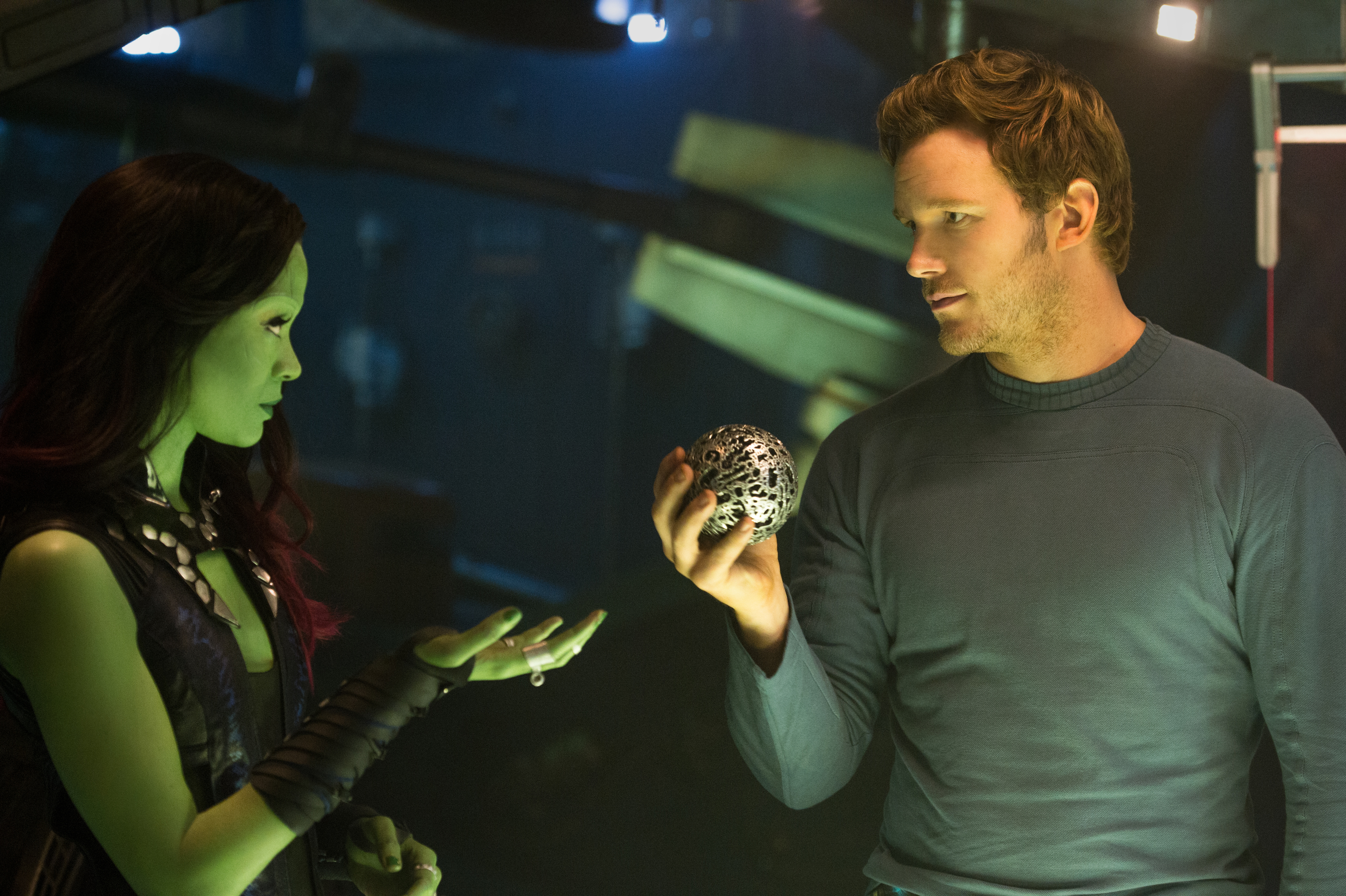 In the case of Guardians Of The Galaxy, there seemed to be a productive relationship between commercial needs and the more roughhewn sensibility of its director, James Gunn. This year’s RoboCop remake got little from the same tension, mainly because the studio didn’t meet Brazilian director José Padilha (Elite Squad) halfway, and watered down the film’s politics and satire in favor of a PG-13 techno-thriller. It helps that GOTG doesn’t come with that baggage—as many have noted, it’s Star Wars cast with denizens of the Mos Eisley cantina—but Gunn executes it with just the right offbeat comic-nerd deftness. It may not be as personal as Gunn’s other superhero movie, 2010’s Super, and it’s certainly not as disturbing in its violence and homemade psychosis, but I think it’s more complex and thought-through, and a better application of his talent. Sometimes it’s good for filmmakers to have a discipline forced on them that they wouldn’t be inclined to force on themselves.

The Lord and Miller team come to commercial filmmaking more naturally, but they have a similar storytelling trick: Tweak the conventions of the buddy-cop movie (22 Jump Street) or the Everyman-of-destiny hero plot (The LEGO Movie) and sketch like crazy in the margins. In the future, their movies will double as fascinating time capsules, full of pop artifacts that will date them to the year they came out, but for now, they’re buoyant, self-aware, and plugged into the zeitgeist. They’re the true north of our pop-cultural compass—and, in The LEGO Movie, a sly lesson in how to break the rules and have fun when you’re supposed to be following the instructions.

Still, don’t confuse my enthusiasm with optimism: President Business still runs the show, and there’s no threat to his power other than his own hubris and megalomania. But if we’re going to rend garments about the lack of originality in popular Hollywood entertainments, we should at least look closer at the movies we’re talking about to see if they have other virtues. The Summer of 2014 may be an anomaly, the one time when a confluence of inspired projects spilled out of a fundamentally broken and bankrupt system. But it’s a caution against believing that the very prospect of remakes and sequels is worthy of scorn.