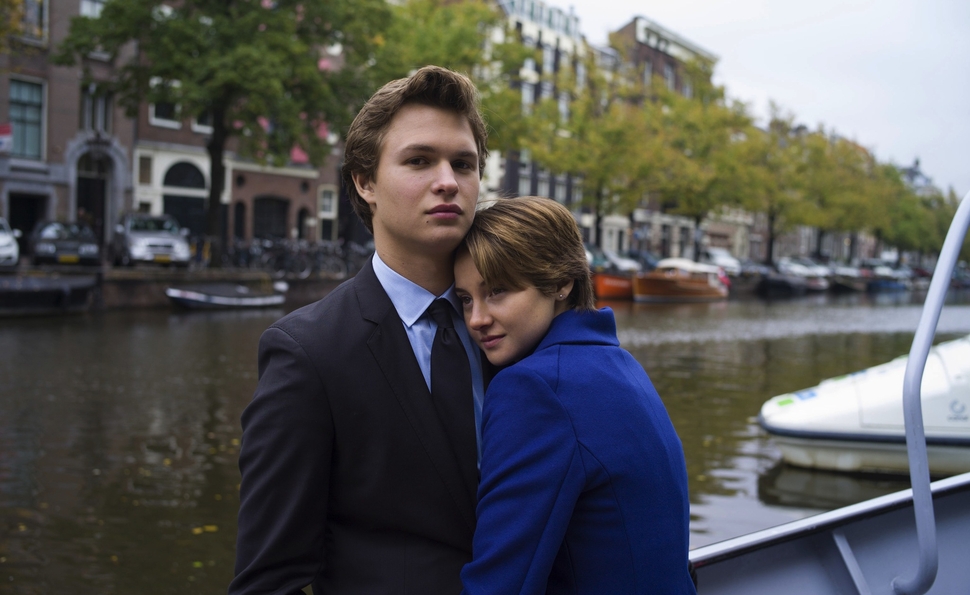 The Fault In Our Stars

Book-to-film adaptations that stick too closely to the text sometimes feel stiff and stifled; prioritizing fidelity over creative freedom can hamstring a movie. But strict fidelity to the material was a wise move for the team behind John Green’s young-adult bestseller The Fault In Our Stars, because the original novel traverses such a thin tightrope over such a vast abyss. Green’s story, about two cancer-stricken teenagers navigating a fragile first (and seemingly last) romance, found the narrow route between sentimentality and cynicism, between bathos and bitterness. The film follows cautiously in its footsteps rather than choosing its own course, but given how many wrong turns were possible with this material, for once that seems the smart choice, rather than the craven one.

Divergent stars Shailene Woodley and Ansel Elgort reunite as Hazel and Augustus, two teenagers who meet cute at an awful, awkward support group for cancer sufferers. (It’s presided over by a painfully sincere, lonely testicular-cancer survivor played by comedian/author Mike Birbiglia.) Hazel, whose illness has left her with dangerously compromised lungs, has come to terms with the fact that she’s slowly dying, though her parents (Laura Dern and Sam Trammell) seem determined to deny it. Augustus is cancer-free after aggressive treatment that cost him his leg and his sports career. Their parents hover nervously, trying to support the young couple without smothering them, and trying to stay upbeat without crossing over into Pollyanna territory. But as the wounded parties, Hazel and Augustus—and to some degree, Augustus’ buddy Isaac (Nat Wolff), who’s lost one eye to cancer and is about to lose the other—have far more freedom to make grim jokes and toy with flippant or heartfelt philosophies. Hazel’s prognosis sometimes makes her pull away from Augustus, claiming she’s a grenade that may go off at any moment, and she doesn’t want to hurt him when she does. But as a fellow survivor, he has some authority when he keeps gently pushing her to accept him, so patiently and passively that he doesn’t seem stalkerish, but so insistently that his authentic affection for her comes across.

The major fault with The Fault In Our Stars is that Augustus is so perfect, he veers close to becoming a younger version of the blandly idealized Josh Duhamel types in modern rom-coms. He hovers over Hazel with little agenda of his own, going to great lengths to make her feel happy and cared-for. He’s the perfect cancer kid to take home to her overprotective parents; he’s inoffensive, attentive, confident but not assholish, cocky but not creepy, and so gosh-darnit nice that his personality almost disappears behind his Perfect First Love mask. He loves Hazel’s favorite book; he sacrifices something irreplaceable to keep her hopes up. Even when he brings up sex, it’s simultaneously disarming—he confesses, without any prompting and only the cutest hints of embarrassment, that he’s a virgin—and presented in the most indirect, unthreatening way possible, as a warm-fuzzy bit of humor that doesn’t put any demands on Hazel. And she’s idealized as well; they each have their ugly moments of naked emotion, but only rarely and briefly, and they each quickly bounce back into soft-focus sympathetic mode. They’re both wise beyond their years, and struggling beautifully but successfully with fears and angers that have all but flattened the adults around them.

But while The Fault In Our Stars is more pastel watercolor than hard-edged drama, it’s still hugely warm and winning, thanks in large part to Boone’s unfussy, wistful direction. Apart from the conceit of having Gus and Hazel’s text conversations appear onscreen in adorable, freehand-style word balloons that depart with a visible and audible pop, Boone doesn’t inject much unique visual snap into the film, but the low-key camerawork and leisurely editing keep out of the leads’ way. Just as Hazel and Gus’ parents seem to make a conscious decision to suppress their desire to be involved, and give their kids room for their quiet, affirming, crucial relationship, Boone seems to be concentrating on creating a soft-edged garden where Woodley and Elgort can play their roles as delicately and confidently as the script demands.

That script follows Green’s assured steps through a series of episodic acts. Various chapters have Gus and Hazel walking Isaac through his breakup with his girlfriend, chasing down a reclusive author (Willem Dafoe) for answers about his unresolved storylines, confronting their folks about posthumous plans, and writing each other’s eulogies. All their little adventures are in some way about closure, but they’re also about exploring life possibilities while they still can. It’s a powerful, trenchant message, and Green and screenplay authors Scott Neustadter and Michael H. Weber bring it across without heavily underlining it. The script’s greatest strength is in how it lets Hazel and Gus talk about death in ways that are meaningful to them, but that don’t baldly overexplain the film’s themes. Only an overlong sequence set at the Anne Frank House, which pointedly juxtaposes Frank quotes about struggle and survival with Hazel’s physical struggles with the stairs, brings the point home too heavily.

When Green’s book first came out, the critical response seemed to focus on raw surprise that a novel about cute kids dying of cancer could be so wryly funny, and that it could address the topic without feeling exploitative on one end, or squeamish and soft-pedaled on the other. The film finds that same level of winsome but slightly raw humor, the kind of bleak but still upbeat jokes that people in emotional crisis always make. (“Apparently the world is not a wish-granting factory,” Augustus chuckles late in the story, after some bad news.) Fault In Our Stars could stand to go a bit further in letting its characters be approachably human; there’s a little Romeo And Juliet-style die-young-and-leave-a-beautiful-corpse fantasy hovering over this pretty, placid film. But like the book it adapts, it’s melancholy without melodrama, and it acknowledges hard truths so capably as to make it look easy. It wisely, and even daringly, acknowledges that all the stages of grief can be hard and painful, even the acceptance that comes at the end.

GoWatchIt: Buy. Rent. Stream The Fault In Our Stars