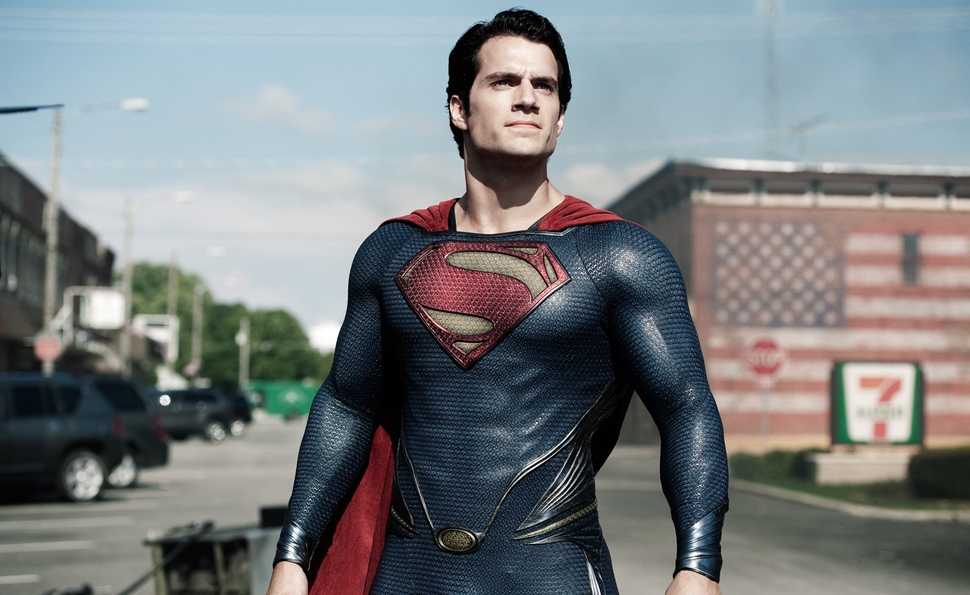 With Man Of Steel, a new attempt to bring Superman to the big screen, director Zack Snyder has created a film filled with big, mythic images, but largely unburdened by the expectations of the character’s past. David S. Goyer’s screenplay expands on the familiar origin story while throwing out the elements it doesn’t need. That’s a refreshing approach for those weary of taking another trip to Metropolis by way of Smallville, and it creates a sense that the film might go anywhere. Mostly, however, Man Of Steel plunges headfirst into a loud, breathless science-fiction slugfest, offering much spectacle but little wonder. It’s a muscle movie, built for speed and driven by people with little interest in slowing down to take in the scenery.

Goyer also penned the recent Batman films directed by Christopher Nolan (who produced here, and gets a story co-credit), and Man Of Steel largely takes the “Let’s try that again from scratch” approach of Batman Begins. Where 2006’s Superman Returns strained to summon up the spirit of Richard Donner’s Superman and its first sequel, Man Of Steel seems eager to erase the past, starting with a Krypton that looks more like a Roger Dean album cover—complete with flying dragon-like creatures—than previous films’ world of frosty crystal palaces. From there, it proceeds through some major divergences from the traditional elements of Superman lore. It distances itself from Superman Returns in other ways, too, steering clear of the high emotion that gave the film its heart, however flawed. Man Of Steel is a bold movie, but a cold one, too.

It opens on Krypton, where planetary elder Jor-El (Russell Crowe) watches his wife Faora-Ul (Antje Traue) give birth to their son Kal. The first naturally birthed child the planet has seen in centuries, Kal arrives just in time for Krypton to enter the final stages of destroying itself, and he’s sent off to Earth moments before Jor-El falls at the hands of his hawkish rival General Zod (Michael Shannon, appearing even more otherworldly and angry than usual). Sentenced and exiled before Krypton’s final bow, Zod and his co-conspirators follow Kal into space. They’re consigned to a floating space prison, but it’s fragile enough that they escape to haunt the last son of Krypton later in the film.

And not much later, either. Man Of Steel skips ahead, doling out in flashback scenes of Kal’s upbringing in Kansas, where he’s rechristened Clark by his adoptive parents Jonathan (Kevin Costner) and Martha Kent (Diane Lane). The present-day action commences with Kal as a bearded adult drifter, working on a coastal trawler, but destined to move on after some heroic feat threatens to expose his identity. The film suggests this scenario has played out many times over the years.

Kal is played by Henry Cavill, introduced as a handsome face perched atop a sculpted physique with Herculean capabilities. In his early scenes, he expresses himself largely through strained grunts, and Man Of Steel doesn’t test his range much as it progresses. Given only a few scenes with any significant dialogue, Cavill’s Superman remains an object of mystery, which doesn’t always work in the film’s favor. Viewers get to know Clark as a bullied, outcast kid, played at different ages by other actors, but he grows up to be a superhero who remains at a remove. At times, Clark and Superman feel like separate characters. When the grown-up Clark visits a priest in a rare break from the action, the reflective moment feels forced. A few more such moments might have made a difference, especially since when he isn’t punching people, Cavill brings a calm, compassionate quality to the part. Coming to the aid of Lois Lane (Amy Adams), he states, “I can do things that other people can’t,” and the words sound almost eerily modest, the sound of a god doing his best not to scare off a much weaker creature.

Complementing that quality, Snyder loads the film with Christian imagery and shots of small-town America that evoke Terrence Malick’s heartland meditations. But any deeper meaning gets buried deep beneath the destruction. Adams has some nice moments playing Lane as a hard-charging professional not above swooning in the arms of her super-powered rescuer. And Costner and Lane show real tenderness playing parents to a creature whose power they can guide but never control—a fine metaphor for parenthood in general. But ultimately, Snyder makes every other element feel like set dressing for the high-flying action scenes that dominate the movie from beginning to end.

That’s half the reason to make a Superman movie, but only half. Snyder is skilled at putting Man Of Steel’s hero in iconic poses, cape flapping in the breeze as he floats placidly with the sun at his back. But though the script makes frequent reference to him serving as an Earthling-inspiring ideal sent to improve humanity, Snyder mostly turns him into a punching machine. Still, the pleasure the film takes in watching him punch is considerable, and the action scenes, stretching from the ground to the sky and back, are unfailingly impressive. In the style of Cloverfield and Chronicle, Snyder uses handheld camerawork to bring added notes of chaos and documentary believability, filling the screen with overwhelming CGI effects but keeping the frame shaky and unstable, offering the view a well-positioned bystander might see before ducking out of the way.

The approach yields some remarkable images, yet never creates any real sense of danger. At times, the film seems almost Godzilla-like in the pleasure it takes destroying whole blocks of both Metropolis and Smallville. (The latter, incidentally, is home to more high-profile product placement than small-town Kansas would seem to allow.) Snyder spends a moment capturing the beauty of both, and a much longer stretch reducing them to rubble. He also rushes any development of the character devoted to saving them. Buildings collapse and innocent bystanders flee, but seldom has the world getting saved seemed so inevitable, or the hero doing the saving so dutiful, distant, and unknowable. For all Man Of Steel’s attempts to stay grounded, its hero remains frustratingly more super than man.