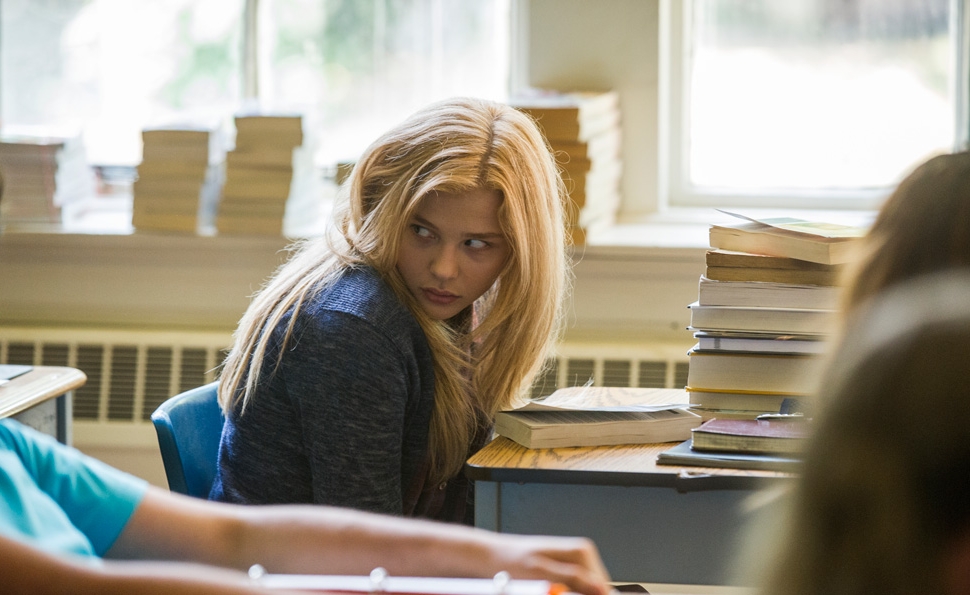 The genius of Stephen King’s Carrie in its various forms is that it doesn’t take much finessing to transform the agony of high-school life into a literal horror show. Being a sensitive teenage girl in a brutal, Darwinian high-school ecosystem is terrifying enough even without abusive mothers, flying cutlery, and overturned buckets of pig’s blood.

Kimberly Peirce has shown a gift for chronicling the heightened emotions and tricky psychological terrain of youth in her Oscar-winning debut feature, Boys Don’t Cry, and to a lesser extent, her underrated, widely ignored follow-up, Stop-Loss. So she seems like an ideal choice to remake Carrie. There’s something similarly bold about having a woman remake an iconic girl-coming-of-age movie originally directed by Brian De Palma, a director not exactly renowned for his sensitivity toward women. Alas, if Peirce’s name weren’t in the credits, it would be easy to mistake this film for the yeoman work of a music-video director, or the directorial debut of a veteran helmer of youth-oriented television dramas.

Carrie’s problems begin with the casting of the lead character. In her career-making role, Sissy Spacek brought a heartbreaking vulnerability and fragility to the part in De Palma’s version. She displays a wounded-animal quality that makes it seem like she’s on the brink of shattering like a porcelain doll. Carrie wasn’t Spacek’s first major film, but her appearance and presence were as radically fresh and bold as King’s pop approach to horror, or De Palma’s technical virtuosity. Chloë Grace Moretz brings an entirely different, less-appropriate energy to the role. Though still in her teens, she’s established herself as a precocious professional badass in the Kick-Ass movies and in her memorable supporting role on 30 Rock as Jack Donaghy’s teenaged rival, a girl with the outward appearance of a ditzy teenybopper, and the instincts of a heartless corporate shark. Where Spacek engenders automatic empathy, in part because she’s so physically delicate, Moretz quickly establishes that she can take care of herself. Her ferocity might inspire audiences to pity the bullies even before she unleashes an orgy of psychic destruction.

Moretz’s Carrie White is the only child of a Jesus-freak mother, Margaret (Julianne Moore, going so over the top, she borders on self-parody), who’s convinced that the only way to get to heaven is to subject herself and her daughter to the torments of hell, physically and emotionally. Carrie is caught between antithetical but equally monstrous worlds. She’s desperate to escape the abusive, psychotic grasp of a mother who drills into her that her every healthy thought and impulse is a damnable offense sent straight from the devil himself. But she’s also profoundly alienated from the snotty, sex-saturated world of public high schools, with its cliques, group showers, and socially sanctioned cruelty.

The world is even more sadistic to Carrie than it is to most sensitive teenagers, but she has a blessing and a curse in the form of telekinetic powers she initially can’t control. Luckily, this Carrie lives in the modern world, so she looks up “magical powers” on the Internet, picks up some books, and soon learns how to harness her amazing gift. Carrie makes periodic attempts to update its story for the contemporary world, but its additions are ineffectual at best and embarrassing at worst, like an already-dated reference to Tim Tebow, or having Carrie’s tormentors post a YouTube video of her freaking out after her first period. The world of bullying has evolved along with advances in technology, but Peirce and her screenwriters can’t find a way to reflect that without coming off like a well-meaning older relation trying to impress nieces and nephews with strained attempts at slang and pop-culture references.

The film’s take on the intricacies of high-school life isn’t any sharper. The kindness of the cool kids who take pity on Carrie and try to ensure she has a non-traumatic prom experience feels just as arbitrary and unearned as the cruelty of Carrie’s tormentors. Portia Doubleday has fun as Chris Hargensen, Carrie’s rich-bitch nemesis, but Gabriella Wilde makes no impact as the popular girl who has a change of heart and convinces her boyfriend to take Carrie to the prom, nor does Ansel Algort as said boyfriend.

Carrie travels a predictable, distressingly straight line from Carrie thinking she’s bleeding to death during her first period to the disrespectful bucket of blood that instigates her climactic fury, hitting all the expected notes along the way diligently, but with little inspiration. Given the badass nature of Moretz’s performance, it’s appropriate that she seems most at home reaping vengeance on her tormentors. Moretz plays the film’s big climax like a teen Lady Gaga, transforming her revenge into an elaborate, blood-splattered performance-art piece, a soaring symphony of destruction and righteous devastation. It’s an appropriately big finish, but not one that excuses or redeems the perplexingly generic nature of everything that comes before.

Despite the talent involved and the notoriety of the source material, Carrie feels strangely small, even television-sized. It isn’t a bold re-imagining of a literary and cinematic pop classic so much as a basic-cable pilot for a small-screen Carrie adaptation that would hip audiences to Carrie’s unusually bloody coming-of-age saga week in and week out. The infamous Broadway musical version of Carrie (written by Lawrence D. Cohen, who has credits on both the Brian De Palma version and this remake) turned Carrie into a laughingstock. Peirce’s Carrie commits an even greater creative crime against King’s brilliant creation: It renders her forgettable.