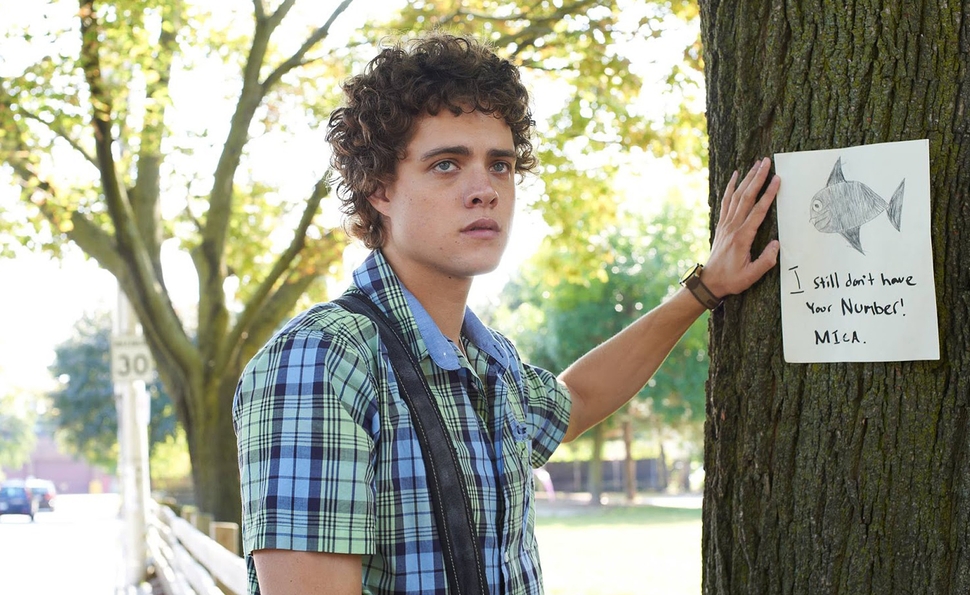 The amazing original title for Treading Water was The Boy Who Smells Like Fish, which really said it all. The film follows Mica (Ouija’s Douglas Smith), a young man born with trimethylaminuria, a rare genetic condition that does indeed cause him to emit the odor of a supermarket seafood counter. To combat the smell, Mica spends lots of time in pools and baths, and wears air fresheners around his neck like the garlic necklaces favored by vampire hunters.

It’s a nifty image, one that wouldn’t feel out of place in a Gabriel García Márquez story. An unpleasant smell one can’t get rid of could be a stand-in for just about any social difficulties young people face, and as the opening of Treading Water tracks Mica’s early years, it’s easy to empathize with his plight: the distance the kids keep from him in the schoolyard, the reluctant conversations with a psychologist (Carrie-Anne Moss). The film is the debut of writer-director Analeine Cal y Mayor, who has inventive ideas in the setup of her fishy tale. But the story doesn’t do enough with them, and, for a large stretch, flops along like a landlocked fish gasping for air.

The smell thing isn’t enough to sustain an entire film; thankfully, there’s a second stroke of inspired weirdness. Mica’s family house also functions as a museum for a Latin novelty pop star who used to live there. Visitors come to snap photos of his vintage wardrobe and a gramophone that plays snippets of his hits. The movie’s funniest moments involve the fetishizing of this singer’s scattered paraphernalia: a broken cologne bottle is encased in glass because it was the source of his “signature limp.” When a freak accident kills Mica’s mother—his father having left long ago—the solitary young man has to watch over this prized collection, giving tours while ignoring the plugged noses.

Still, even these two strands together do not a full-length movie make, and there’s not much else going on. Mica’s romance with a fellow swimmer (Zoë Kravitz, always a welcome presence) is a non-starter, the only conflict resting on whether she will accept his smell or he her minimum-wage job. They have some nice early moments in the pool, with bright-blue photography that might make some wonder why more directors don’t shoot extended sequences underwater, and mermaid imagery that hints at a more mystical direction than the story ends up taking.

But Smith and Kravitz, both tremendously likable, simply don’t have enough to do together. Their drawn-out courtship feels like it should have been resolved by the halfway mark, so they can move on to more pressing matters like helping salmon spawn or something. A scene where Mica attends a support group for people with strange diseases holds promise but goes nowhere, and the late arrival of an unexpected guest is funny but doesn’t land as big a payoff as it should. It’s a shame. After such a surreal opening, Treading Water mostly does just that.