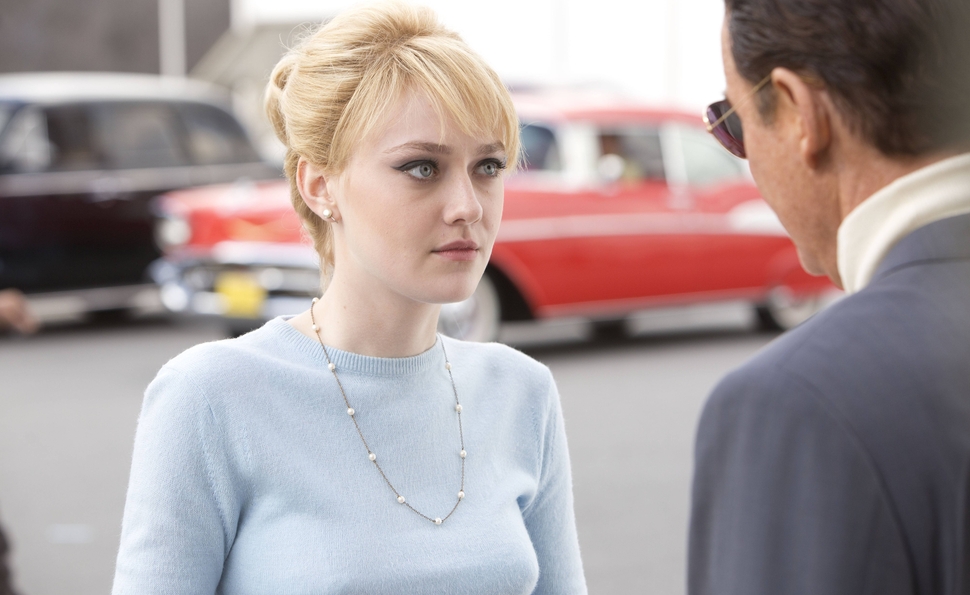 The Last Of Robin Hood

Kevin Kline as Errol Flynn is such an obvious idea that it’s surprising nobody made it happen sooner. Not only do the two actors look somewhat alike, but in his prime, Kline was athletic enough to have performed the swashbuckling roles that made Flynn a star—Kline’s second film appearance was as The Pirate King in The Pirates Of Penzance—and he still has a similar rakish charm. Trouble is, Flynn died young, at age 50, and Kline is now 66. Passing for 50 is no obstacle (nice genes, buddy), but Kline can realistically only play Flynn at the very end of life, in the late 1950s, when his celebrity had largely faded. Consequently, The Last Of Robin Hood is primarily the tabloid tale of Flynn’s relationship with aspiring starlet Beverly Aadland, who was only 15 years old when she became his girlfriend. Directors Richard Glatzer and Wash Westmoreland (The Fluffer, Quinceañera) do their best to avoid sensationalism, but age difference and statutory rape are the only factors that make the story remotely interesting.

Having landed a chorus-line gig in a cheap Hollywood musical, Beverly (Dakota Fanning, who’s now 20—roughly the age Beverly was pretending to be in an effort to land non-juvenile roles) catches Flynn’s eye on the studio lot, and he immediately invites her to his home for one of those “private auditions” young women get warned about when they arrive in town. Their first sexual encounter skirts dangerously close to rape (and not just of the statutory variety). Humiliated, Beverly spurns Flynn’s subsequent advances. He professes to be genuinely in love with her, however, and soon the two are inseparable, though they have to tote along Beverly’s stage mom, Florence (Susan Sarandon), to maintain the illusion of propriety. Flynn is initially unaware that Beverly is underage—it’s brought to his attention by his young assistant, who was a few years ahead of her in school—but the news doesn’t faze him much, even though he was acquitted of a statutory-rape charge back in 1943, at the height of his stardom. The scandal only breaks when he unexpectedly dies of a pulmonary embolism in Beverly’s company.

Was it a sordid affair or a tender love story? Glatzer and Westmoreland try to have it both ways, perhaps because they spent considerable time with the real Beverly Aadland (who died in 2010) while researching the screenplay. The film constantly vacillates between queasiness and empathy, and not in a way that suggests emotional or psychological complexity. Instead, it creates the general and rather unfortunate impression that the filmmakers would like to celebrate this unconventional relationship, but are aware that doing so would look a bit gross. Kline is at his best when embodying Flynn’s devil-may-care sense of entitlement, and Sarandon likewise springs to life in scenes that show Florence’s willingness to turn a blind eye to the arrangement, in the hope that Flynn will make her daughter a big star. (Instead, he casts her as the lead in a hokey paean to Fidel Castro, Cuban Rebel Girls.) The Last Of Robin Hood won’t commit to being the sorry tale of a teenage girl’s exploitation, however, and it can’t succeed in making Flynn and Aadland into Bogart and Bacall. Mostly, it inspires the fervent wish that Kline had played this role in 1985.