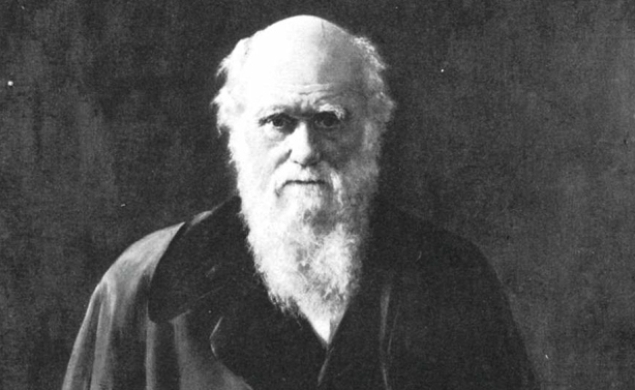 Survival Of The Fittest Movie Of The Day: Disney is making a Charles Darwin movie
Disney has acquired an untitled Charles Darwin pitch that will either spawn a new generation of Charles Darwin devotees or fail miserably and die. Oscar-winning Traffic writer Stephen Gaghan will write and direct the film, the plot of which is described as follows in Deadline: “Scant details were available, but I’m told that it is an adventure film involving Charles Darwin, the British naturalist and geologist who made breakthroughs in the areas of evolution and natural selection.” They conveniently forget to mention that he rocked one of the best, fuzziest beards this side of our primate ancestors, which truly cannot be a coincidence. Darwin will be played by Chris Pratt, probably.

Alicia Vikander Casting Of The Day: For the moment, she’ll star in the fifth Bourne film
Alicia Vikander is just casually dropping in and out of movies like the vengeful robot we know her to be. First she was set to star in an adaptation of Dave Eggers’ The Circle, then she was like, nah, I’m good. Today, she dropped out of Justin Kurzel’s Assassin’s Creed adaptation, maybe because she too was so profoundly disturbed by Snowtown that she never wants to meet the twisted mind behind it, but probably because she’s now signed on for the fifth Bourne movie. It’s unclear who she’ll play in the film, but I hope it’s Jason Bourne, because Matt Damon needs some rest before he plays Charles Darwin’s dad.

New Dwayne “The Rock” Johnson Franchise Of The Day: Rampage
Dwayne Johnson is re-teaming with New Line and producer Beau Flynn for Rampage, a movie where he will make use of his rippling physique to save some less-fit people from something theoretically fatal. The film is based on the classic 80’s Midway Arcade Game that “has since had numerous incarnations on different gaming platforms,” and though the movie’s plot is “under wraps,” the game itself “involves three giant monsters—a gorilla, a lizard and a wolf—that wreak havoc on major cities and landmarks across North America.” Sources tell me he is making this movie because a lot of people saw San Andreas and wondered, “Fine, but could he save North America from three giant monsters?”

War: What Is It Good For? Movies. Of The Day: Ann Peacock will adapt WWII drama The Nightingale
Ann Peacock (Chronicles Of Narnia: The Lion, The Witch And The Wardrobe) will adapt The Nightingale by Kristin Hannah for Elizabeth Cantillon (Concussion) to produce at TriStar. Both of these titles have animals in the title, as does Ann’s last name, which has to be a good sign. The Nightingale is an “epic family drama about two sisters living in France during WWII and follows them as one becomes a prisoner in her own home and the other fights for the resistance.” I haven’t read this book or lived through World War II (I think) but I feel like I get the gist because I have a sister who once took French.