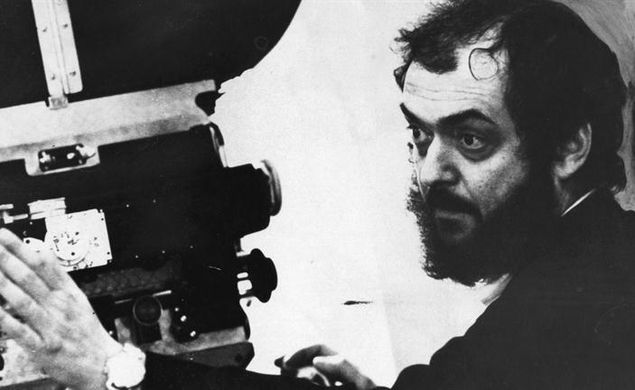 Casually Unproduced Stanley Kubrick Script Of The Day: The Downslope, which Marc Forster is turning into a trilogy
Marc Forster (Finding Neverland, Monster’s Ball) will direct and produce the Civil War trilogy The Downslope, an original screenplay written in 1956 by Stanley Kubrick, no big deal or whatever do you guys have any gum? The film centers “on a series of Civil War battles in the Shenandoah Valley between Union General George Armstrong Custer and Confederate Colonel John Singleton Mosby, known as the Gray Ghost for his stealth and elusiveness.” (He is now just an actual ghost; it is unclear whether he is gray.) Apparently, Kubrick worked with a Civil War historian on The Downslope, spending years putting the “cautionary, anti-war tale” together, drawing up maps and sketches and, when he was feeling playful, fun little hand turkeys.

Everything’s Coming Up Duplass Of The Day: The Duplass brothers sign another distribution deal, this time with The Orchard
Mark and Jay Duplass are brothers and best pals who love directing movies, making TV shows, and switching places to trick their divorced parents into getting back together. Today brings news that indie distributor The Orchard has signed a deal with the Duplass brothers for “worldwide theatrical and other rights” to a slate of seven upcoming feature films that the two will produce, some with Netflix. Creep, which Scott reviewed and enjoyed, is the first film to be part of the deal; other titles include Six Years, starring Taissa Farmiga, and Manson Family Vacation, starring Jay or Mark posing as Jay.

Sweeping Historical Biopic Of The Day: That of Lady Hester Stanhope
The King’s Speech producers are working on a biopic of Lady Hester Stanhope, an old-timey English aristocrat who “set sail in search of new experiences and freedoms from the limits of upper-class existence.” The film will be based on Kirsten Ellis’ biography The Lady Went Too Far, which is not about an obscene joke that Stanhope once told to a roomful of grandparents but rather “recasts Stanhope as a woman of courage and determination who took on the mantle of powerbroker in the Middle East.” Apparently, the lead role has been offered to a “well-known” actress, but nobody’s saying who; I’m hoping it’s Cate Blanchett or Tilda Swinton or Tara Reid.

Gotta Have Faith Faith Faith Of The Day: Queen Latifah will star in Miracles From Heaven
Queen Latifah has signed on to star opposite Jennifer Garner in Sony’s Miracles From Heaven, a faith-based drama from the same team behind Heaven Is For Real, based on Christy Beam’s book of the same name. The book recounts how Christy’s daughter “overcame an incurable, life-threatening digestive order” because miracles. Latifah will play a Boston waitress—“something of an earthly angel”—who “befriends the sick girl and Beam during their visits to Boston Children’s Hospital.” The waitress “steps up to provide comfort and a helping hand when they need it most, and her life ends up transformed by her interaction with the family.” Why are they even going to the hospital when they have all the miracles? I don’t understand.

Let’s Start Over Just Because Of The Day: Everybody has left Unforgettable, new people will make this movie now
Kerry Washington and Kate Hudson have exited Warner Bros’ Unforgettable, a film about “a man and his new bride who are tormented by his ex-wife” that was originally set to be directed by Amma Asante. Asante was apparently a “major reason” that Washington wanted to do the project, but then Washington decided to do HBO’s Anita Hill movie instead, so Asante left the project, followed by Hudson; Hollywood stresses me out so much, how do movies ever get made? Now, producer Denise Di Novi will take over as director and recast the leads for funsies because time and money are but figments of our imagination.