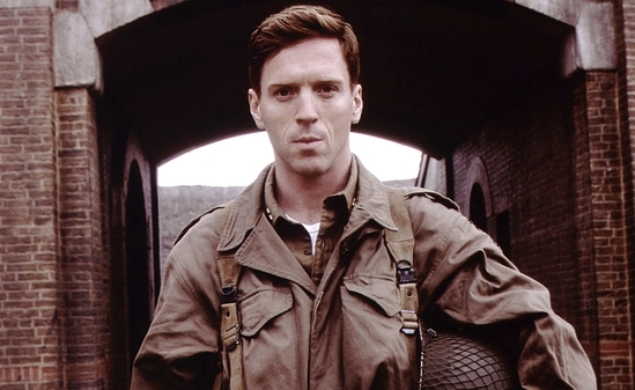 Somebody Who Isn’t Idris Elba Of The Day: Damien Lewis, who may be the next Bond
Bookmakers are receiving a “flurry of bets” that Damien Lewis will succeed Daniel Craig as the next James Bond. Apparently, odds for Lewis have been “slashed” from 25/1 to 3/1, making Lewis the second favorite for the role behind Idris Elba, which makes no sense, because Idris Elba. Bond producer Barbara Broccoli, whom I want to marry just so I can share her last name, has worked with Lewis before on The Silent Storm, and is apparently a “big fan” of him, particularly the way that his name is only two letters off from “Daniel.” I have never worked with Idris Elba before and I am a big fan of Idris Elba, so it’s my vote versus Barbara Broccoli’s at this point.

Star Wars Thing Of The Day: Forest Whitaker may join the cast of Rogue One
Forest Whitaker is in negotiations to join Star Wars anthology film Rogue One. In case you’re confused by the 1 million Star Wars movies floating around—no, I’m not confused, you’re confused—this is that one starring Felicity Jones, Riz Ahmed, Diego Luna, and Ben Mendelsohn, with Gareth Edwards directing, and a plot centering on a group of rebels stealing the plans for the Death Star. The film will take place between Episode III and Episode IV, but closer chronologically to A New Hope, but further chronologically from the birth of the universe, but closer chronologically to your birth, but further chronologically from Jesus’ birth. Now that we’re all clear on exactly what’s up with this movie, let’s dance!

Spinoffs Ad Infinitum Of The Day: Katherine Waterston will star in Fantastic Beasts And Where To Find Them
Speaking of spinoffs and the people who will be in them, Katherine Waterston of Inherent Vice will star opposite Eddie Redmayne in Harry Potter spinoff Fantastic Beasts And Where To Find Them. Waterston will play Tina—which is short for Porpentina, but you already knew that, because you’re a wizard—a “witch who operates in the U.S.” Porpentina meets “magizoologist Newt Scamander (Redmayne) when he stops in New York City on his travels to find and document magical creatures.” This marks the first time a Harry Potter character will step foot on American soil, which may or may not prove immediately fatal.

Put Away Your Money, But Take Out Your Other Money Of The Day: You can buy tickets to Dope using Bitcoin
In an “apparent first,” Open Road Films will allow fans to use Bitcoin to purchase tickets to the forthcoming Sundance sensation Dope. It’s simple! Just go to MovieTickets.com, use the payment platform GoCoin to buy your tickets, realize you have no idea what Bitcoin is, stop right before pressing “buy” and ask the nearest young person what Bitcoin is, remain confused, start wondering about the future of currency and the true value of human life, stop doing that because it doesn’t matter, nothing matters, all that matters is that you are seeing Dope.

Remake Thing Of The Day: Jack Huston drops out of The Crow remake
Jack Huston has dropped out of the lead role in The Crow remake, a project that has seen better days. Actually, it hasn’t; this movie’s seen directorial drop-outs, casting shifts, and mountains of general nonsense and subterfuge, so this is really just par for the course. Huston’s blaming his exit on the old standby, “I’m too scared of crows to do this movie”; director Corin Hardy says, “We look forward to unveiling our new lead and starting to film over the next several weeks.” Relativity is apparently eyeing Nicholas Hoult and Jack O’Connell as replacements, which is…optimistic for a film that’s remaking another film that caused the untimely death of its lead. Oh, and our old friend Forest Whitaker has also just signed on for The Crow remake in “another role.”

Arnold Schwarzenegger Things Of The Day: A Kindergarten Cop remake, shameless corporate tie-ins for Terminator: Genisys
Universal is producing a straight-to-video remake of Kindergarten Cop, the movie that stars a young Arnold Schwarzenegger as a Suppressive Person for kindergartners. The studio’s 1440 Entertainment division will produce the reboot, which, as Film School Rejects points out, is behind “a lot of direct-to-video sequels you didn’t know existed,” such as The Scorpion King 4: Quest For Power, Tremors 5: Bloodline, and Yentl 3: Oy.  In deeply related news, Schwarzenegger has lent his Terminator persona to the navigation app Waze, providing everything from routine commands such as “turn left” to erotic suggestions such as “turn right” to unhelpful phrases such as “hasta la vista, baby.” Speaking to USA Today, Schwarzenegger clarified that “it’s funny.” “It is an added entertainment. Where I come in, I'm bringing the Arnold twist,” Schwarzenegger added. “Even in the recording studio, people were laughing at every single line when I put the Arnold spin on it.” In other words, don’t listen to Ah-nold while you’re driving or you will laugh yourself right into a violent car wreck.